Mainstream churches face extinction in the UK: “Liberalism has little to offer that cannot be found elsewhere”

John Stevens leads the FIEC, one of the church groups escaping the negative trend: “The gospel alone is God’s power for salvation, it is not surprising that faithful churches are growing”. 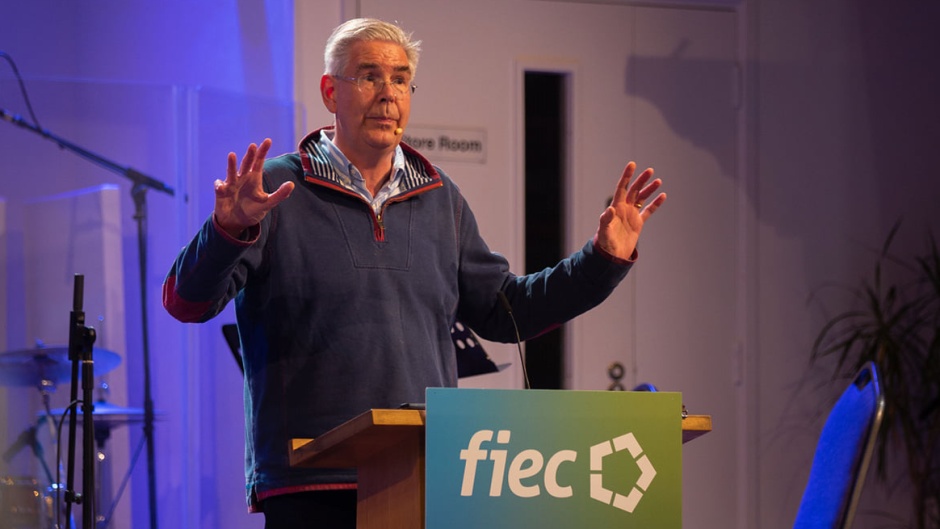 John Stevens, Director of the Fellowship of Independent Evangelical Churches, one of the church groups growing in the UK. / Photo: Facebook FIEC.

Mainstream Christian denominations in the United Kingdom are in decline and some of them may disappear in only a few decades.

This is what John Hayward, a retired Maths professor, foresees after anaysing the growth and loss rates of church groups in England, Wales and Scotland.

His statistical model forecasts that if the loss of members of Protestant churches such as the Welsh Presbyterian Church, the Church of England, and the Scottish Episcopal Church, continues, they may face extinction.

Hayward’s study also finds that most churches growing (those with a “reproduction potential higher than 1”) in the UK were founded after 1900 and share an evangelical theology.

Among the church groups growing (between 2% and 6% per year between 2015 and 2020) are Vineyard, Redeemed Church of God, FIEC, New Frontiers, and Elim. They al have in common a high view of the authority of the Bible and a focus on mission. 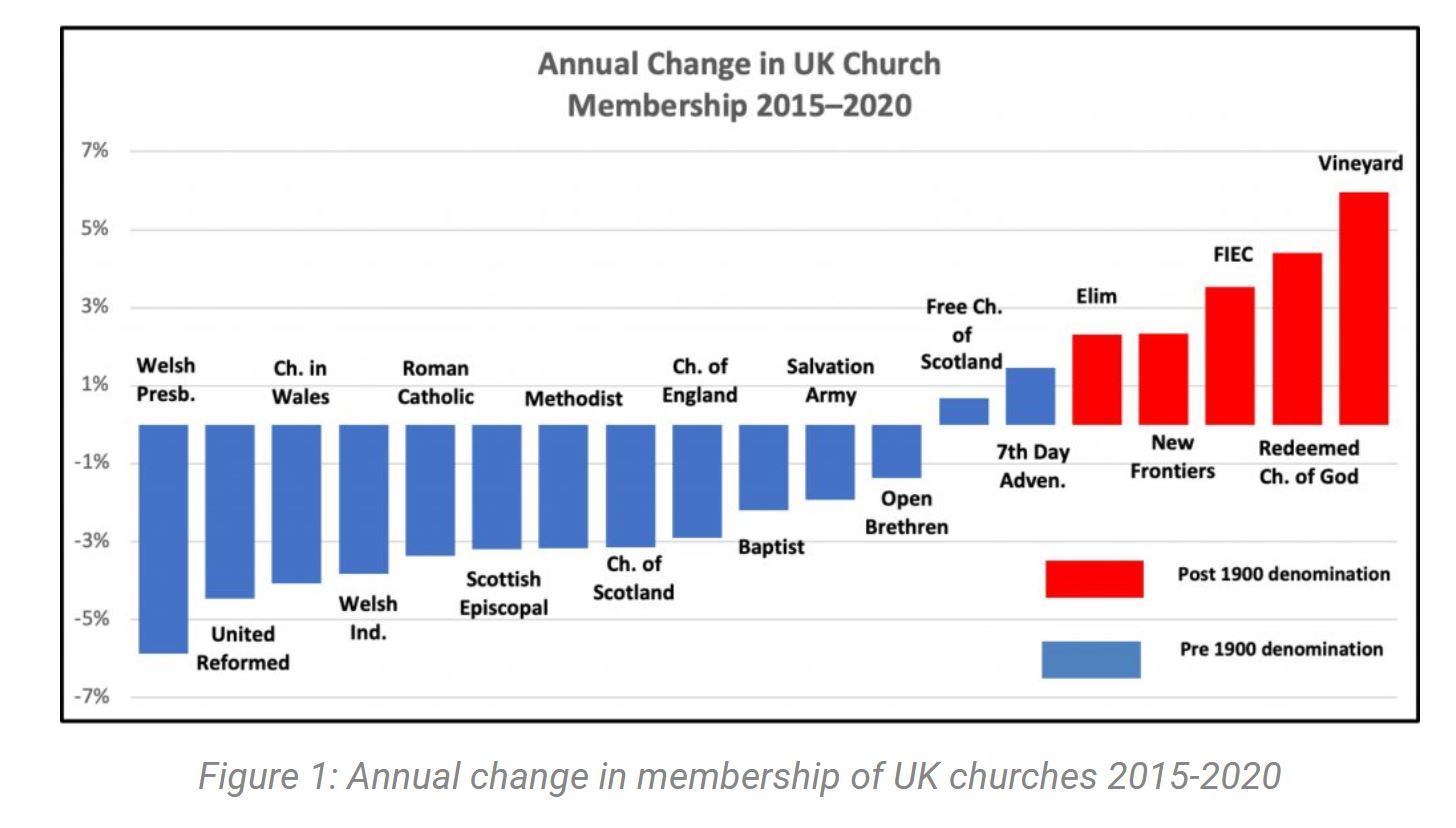 Growth and decline of large church denominations in the UK, 2015-2020, according to statistics gathered by John Hayward. / Source graph: Churchmodel.org.uk

John Stevens, the National Director of one of the church groups growing in the last years, the Fellowship of Independent of Evangelical Churches (FIEC), shared with Evangelical Focus his views about the church landscape in the United Kingdom.

“Mainstream historic denominations in the UK are in catastrophic decline, exacerbated by the Covid-19 crisis”Question. The UK has long been a reference for historic Protestantism. But now some foresee the extinction of mainline churches in Scotland, Wales and England, even before 2060. Does this sound plausible?

Answer. Yes. The mainstream historic denominations in the UK are in catastrophic decline, exacerbated by the Covid-19 crisis. Their congregations are small and elderly and they are not being replenished by young people.

Over a recent five-year period, for example, the Church of Scotland shrank by 29%. The United Reformed Church and Methodism face a very bleak future. The reason that these churches are declining is because they have abandoned the biblical gospel and are not seeing conversions.

Question. Churches with an evangelical theology are the ones doing best in growth and numbers of conversions. There seems to be a correlation between growth and a certain understanding of the gospel. How do you explain it?

Answer. The statistics show that it is churches that are faithful to the apostolic gospel that are growing - albeit slowly at the moment. Those individual local churches within declining denominations (such as the Church of England) that are unashamedly evangelical are also growing.


“Churches that are faithful to the apostolic gospel are growing - albeit slowly at the moment”In a post-Christian and secular context, theological liberalism within the church has little to offer that cannot be found more effectively in other institutions and organisations outside the church. Folk and cultural Christianity is increasingly irrelevant. The Bible tells us that it is the gospel alone that is God’s power for salvation, so it is not surprising that it is faithful gospel churches that are growing.

Q. The FIEC is one of those church families growing in the UK. It is very much united in terms of octrine but loose in its organisational structures. How has this benefited you?

A. The churches of FIEC are all committed to the biblical gospel and this is what unites us. Many separated from liberal denominations over the last 50 years.

FIEC was founded in 1922 to enable independent churches to help and support each other, without becoming a controlling denomination. This has enabled the churches to remain free to be faithful to the gospel in changing times without any institutional pressure to compromise. Churches have to re-affiliate on an annual basis, signing that they still hold to the doctrinal basis, which ensures that there is no drift from the gospel.

“There has not been a significant revival in the UK for the better part of 170 years”Q. Revivals have been key in revitalising UK churches in the past. Is there talk about revival or renewal in British churches?

A. Yes, there is talk of revival, but the reality is that there has not been a significant revival in the UK for the better part of 170 years. The reality is that we have to give ourselves to the slow steady work of gospel growth.

Revival in the historic sense occurred in Christianised contexts, but we are in a post-Christian context. We long for God to do more, and for more people to be saved, but it is questionable whether we should expect the pattern of revivals of the 18th and 19th centuries to be repeated in a very different context.

Platforms with a gospel vision

We asked John Stevens about other evangelical movements in the UK that he believes are doing a good job in spreading the gospel in a secularised context. These are some examples that are "encouraging".

- UCCF (reaching students with the gospel)

- Gospel Partnerships (uniting evangelical in regions from a range of denominations)

Published in: Evangelical Focus - europe - Mainstream churches face extinction in the UK: “Liberalism has little to offer that cannot be found elsewhere”