Despite the negative report of the General Council of the Judiciary, there are hardly any changes. The change of sex may be made without restrictions or prior reports. 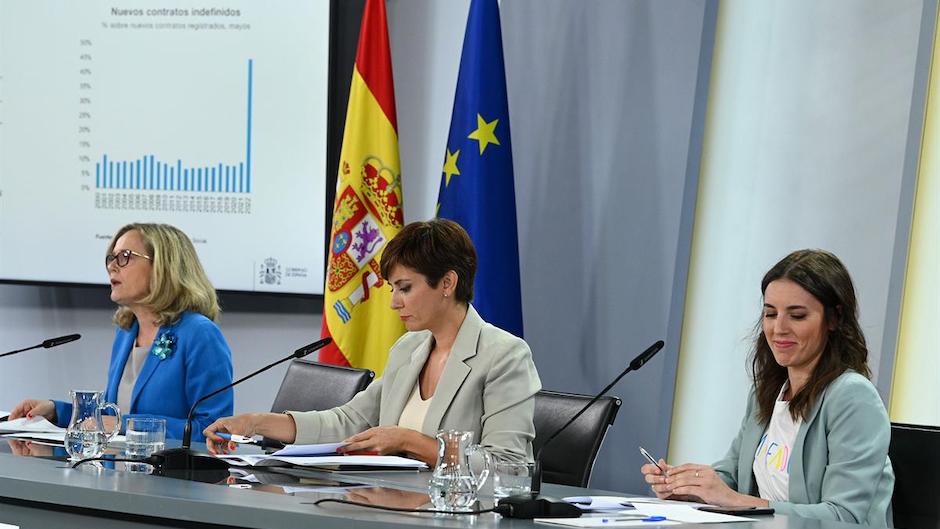 The so-called 'trans law' was approved by the Spanish Cabinet this Monday.

Despite the criticism from feminist groups, civic and social organisations and even the  negative report presented by the General Council of the Judiciary, the government has barely introduced any modifications to the draft prepared by the Ministry of Equality.

The Minister of Equality, Irene Montero, presented the approved regulation after the Cabinet meeting. “We now lead the way in defending the rights of LGTBI and transgender people”, she said, adding that “everyone can feel very proud of this law”.

The aim of the law, according to the government, is “to advance in the depathologisation of transsexuality and gender self-determination”.

This second issue has generated most debate and tension even within the government, with some members of the government expressing concern about the introduction of a concept of free assignment of gender that raises many doubts about its practical application.

The approved law will now be sent to the Spanish Parliament, where an intense debate is expected on a law that affects so many important aspects related to sex, gender, sexuality, education and the binary configuration of society.

The proposal approved by the Cabinet will allow the rectification of name and gender in the legal register from the age of 16 freely.

Minors under 12 will not be able to change their gender except with judicial authorisation. In this age group up to 14 the judge will assess the child's maturity and stability.

From 14 to 16, parental or legal guardian support is required (if there are disagreements, he/she may be accompanied by a legal defender). Witness evidence or statements from third parties will not be required, nor will psychiatric or medical reports or hormone therapy for at least two years, as was currently required.

No medical or expert reports

The change of sex in the civil registry will be left to the will of the individual from the age of 16 onwards. No medical or psychiatric report or medical treatment is required to apply, but there will be a review of the decision after three months. If the individual regrets it, the process will be reversible within six months.

According to the government, persons requesting gender reassignment will keep their previous legal rights and obligations and will not avoid an aggravated conviction on the grounds of gender. Some feminist associations feared that abusers might ask to be recognised as women in order to avoid the law.

It also bans the so-called conversion therapies, which offer counselling to people who want to change their orientation, and prohibits genital surgeries for non-medical reasons for intersex people.

“LGTBI lives do not need a cure”, said Irene Montero, adding that “education in diversity will be reinforced, which will be included in education curricula”.

The law includes minor, serious or very serious administrative sanctions, ranging up to 100,000 euros, for those who carry out any type of discrimination contemplated in the law.

The law has been controversial, including clashes within the government between different ministries, which led to the departure of the former vice-president Carmen Calvo.

It has been strongly criticised by feminist groups, as well as by a wide range of professional circles.

This tension was reflected, for example, in the Women's Day demonstrations, where many feminist groups rejected the call supported by the government's Ministry of Equality.

In the evangelical sphere, the Spanish Evangelical Alliance (AEE) stated in November 2020 its opposition to a law that “puts women and minors at risk”, with a proposal that ignores science and medicine, as well as “creating a society with different levels of rights”.

The president of the Women and Society group of the AEE, Asun Quintana, shared in a conference in March 2021 the problems that this regulation would bring about on a social level if it were to be approved.

“We are not alarmed by the draft law just because it is contrary to our Christian worldview, but because it threatens democratic freedoms, restricts freedom of conscience and freedom of expression, and invades the competences of civil society and the family”, pointed out Quintana.