The government welcomes the “depathologisation“ of transgender people. Critics denounce legal uncertainties, a harmful approach to children, and the “erasure“ of women. 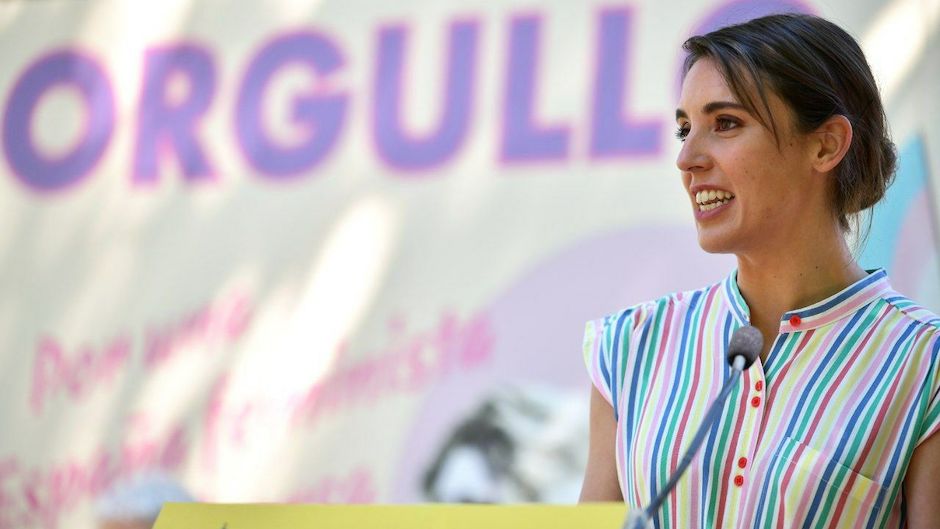 The Spanish government has approved the LGTBI draft law on 29 June, which includes the controversial transgender regulation, whereby no medical or legal report will be needed to process a sex change in the registry.

After the first draft stumbled due to the discrepancies that arose between the two government coalition partners, a new agreeement has been reached which, however, does not essentially modify the scope of the law. The preliminary draft law approved by the Spanish Cabinet will soon be discussed in the parliament and is expected to be approved by a majority.

The so-called 'trans law' is merged with the known as 'LGTBI law' and presents important novelties that may affect many areas of society, given the breadth of its scope and the vagueness of its terminology.

The new law advances in the “depathologisation” of trans people - those who consider that their perceived gender does not coincide with their body.

The Minister of Equality and leader of lefitst party Podemos, Irene Montero, has said that “at last trans people will no longer be considered sick in Spain”.

The law eliminates the requirement to have a medical or psychological report accrediting “gender dysphoria” and the obligation to undergo hormone treatment for two years when a citizen wants to change their sex at the Civil Registry. In this sense, Montero has strongly defended the right of gender self-determination, a position that has brought her to clash with a large portion of the feminist movement in Spain.

It will be enough to request the official change of sex in writing and there will be no need to present witnesses. Within a maximum period of three months, they must ratify their decision. This change of registered sex can be requested by anyone over 16 years of age.

For adolescents between the ages of 12 and 15, the request for a sex change will have to be supported by their parents, or by a “judicial ombudsman” if there is a disagreement between the parents and the minor.

For minors under 12, only a change of name will be allowed. According to the Vice President of the government, the Social Democrat Carmen Calvo, there is a need of “protecting minors to make sure they do not take steps that they later want to reverse”.

Despite the internal discrepancies, the government has accelerated the procedures in recent weeks so that the law could go ahead in the midst of LGTBI Pride celebrations of June, the annual event that is becoming increasingly more influential in the Spanish socio-political scenario.

Following the announcement of the development of the 'trans law', the Spanish Evangelical Alliance (AEE) published a statement in November 2020 in which it warned of several dangerous aspects of the draft law as it had been presented.

“First, I want to make it clear that transgender people can legitimately demand and receive the democratic rights, like any other group or minority”, says Quintana. But “it must also be made very clear that being against or critical of this draft law does not in any way imply transphobia”. In recent months, the accusation of using hate speech against trans people has been used broadly to discredit groups who oppose the law.

According to Quintana, the draft law “is full of ideology, there is no science and the issue of puberty blockers for minors is dangerous as there is no warning of its consequences”.

She underlines that the 2020 AEE statement already denounced that the law “restricts freedom of conscience and freedom of expression and invades the competences of civil society and the family”.

Quintana also stresses that minors “are left unprotected, as from the age of 16 they can decide to change their sex registration. Minors under the age of 12 can request a change of name in their documentation without the need for witnesses, medical prescription or parental authorisation. It totally excludes parents from exercising their responsibility”. 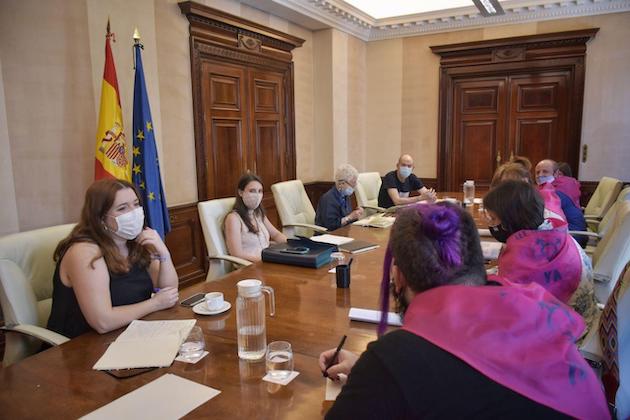 Historical feminists are one of the groups that have been expressing their strongest opposition to the text defended by the Miniester of Equality. They believe that the new legislation supports Queer theory and the acceptance of fluid gender, which would end up leading “to the erasure of women in practical terms”.

Quintana agrees. “Gender self-determination causes an absolute blurring of the concepts of man and woman and blurs women as political and legal subjects, putting at risk rights, public policies of equality and the achievements of the feminist movement”.

In the text of the law, gender identity is defined as “the internal and individual experience of gender as each person feels and self-defines it, which may or may not correspond to the sex assigned at birth”.

For Quintana, “gender is the cultural construction of sexual stereotypes. By giving nature to gender identities, gender stereotypes become entrenched. If sex is irrelevant at the legal level, all policies to combat the structural inequality that women suffer become irrelevant”.

Another worrying aspect is that women could face a setback in terms of their protection, through the violation of safe spaces or the blurring of laws on violence against women.

There have also recently been cases of trans - biologically male - athletes who are outperforming women thanks to their physical advantage. One of them will even be competing in the Tokyo Olympics this summer.

On the other hand, the supporters of the 'trans law' hope that after its approval and implementation, it will become “socially accepted”, as it happened with other controversial laws approved in Spain, such as the divorce law in 1981 or homosexual marriage in 2005.

How to join the public debate from an evangelical position?

Asun Quintana points out that “as evangelicals, the issue should concern us because it is serious and it especially affects our children and leaves them unprotected. The best way to express our opposition to this law, is in an assertive and respectful way, giving solid, legal, psychological and scientific arguments, without fanatically focusing on the religious issues”.

She also believes that it is important “to be active in social media, but knowing how to use them both with wisdom and conviction”.