Only 3% of population in England and Wales identifies as lesbian, gay or bisexual

The official figure of the latest census shows that Cardiff is the only city with more than 5% of LGB+ people. Around 0.5% of the population identifies as transgender. 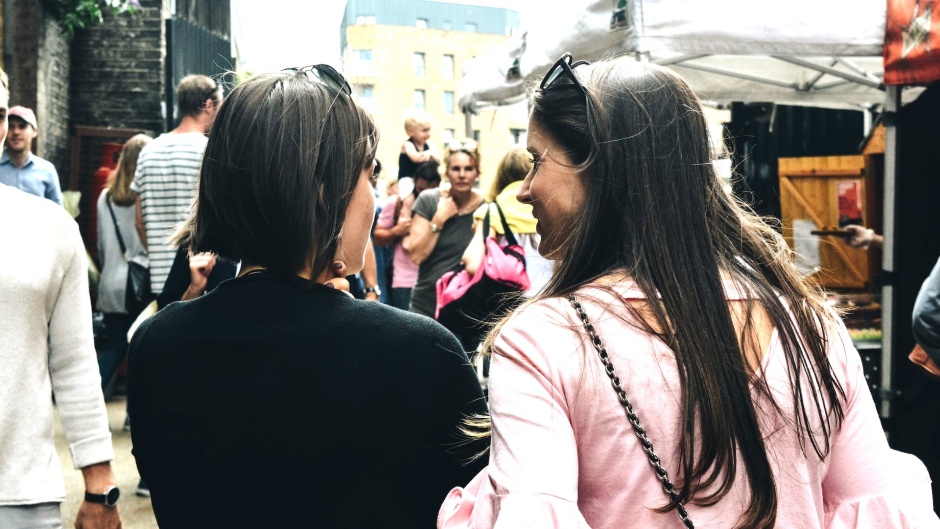 People in a market in London, England. / Photo: Alicia Steels

For the first time, an official census in England and Wales included questions about gender identity and sexual orientation.

More than 9 in 10 responded to these optional questions, which were asked to people aged 16 or more in March 2021. The official census is more reliable than opinion surveys conducted by private organisatinos, because it collects information from a much higher proportion of the population.

According to this latest census, a very large majority of 89.4% of citizens say they are heterosexual: attracted to the opposite sex. 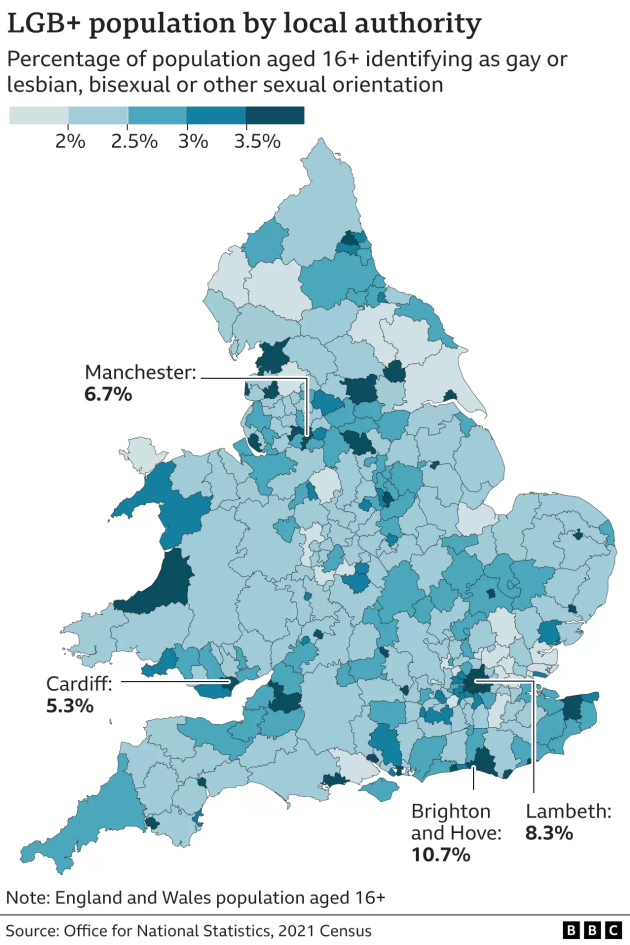 Graph source: BBC with data from the 2021 England and Wales census.

This statistical picture does not fit with estimates often heard by LGBTQI+ activism groups which say that between 5 and 10% of the population have a non-heterosexual orientation. According to the official census, such figures would only be found in Cardiff (with 5.3%) and certain districts of London.

Identifying as man or woman

Asking about gender identity (how people perceive their gender), a 0.5% of the census says their “gender identity was different from their sex registered at birth”. People identifying as transgender belong to this group. According to the BBC, London had higher proportions of people identifying as transgender men (0.16%) and trans women (0.16%) than the rest of England and Wales.

93.5% said “the gender I identify with is the same as my sex registered at birth”. 6% chose not to respond to the question. 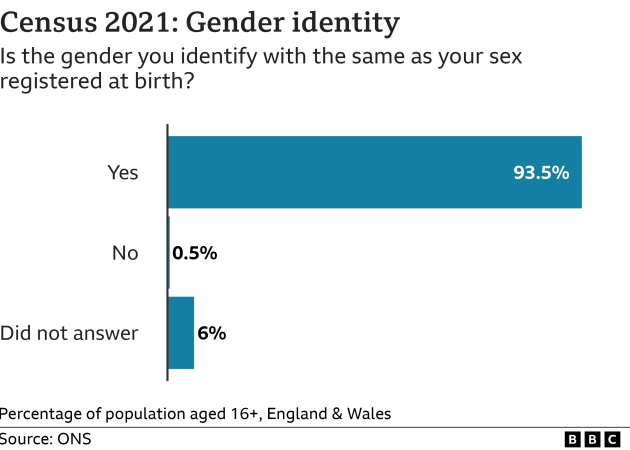 Graph source: BBC with data from the 2021 England and Wales census.

In 2019, academics warned against “effectively transforming the longstanding sex question [in the official census] into a question about gender identity” because it could “undermine data reliability on a key demographic variable and damage our ability to capture and remedy sex-based discrimination and inequality”.

As in previous occasions, the 2021 census also asked about faith and beliefs, showing that, for the first time, less than half of the population identified as Christian. Read more about religion in the latest UK census in this article.

Published in: Evangelical Focus - europe - Only 3% of population in England and Wales identifies as lesbian, gay or bisexual