French evangelicals issue a “convictions” document ahead of elections

Perspectives on freedom of worship, poverty, education and sexuality are given. “Evangelicals are worried about the growth of the extremes”, says CNEF President Étienne Lhermenault. 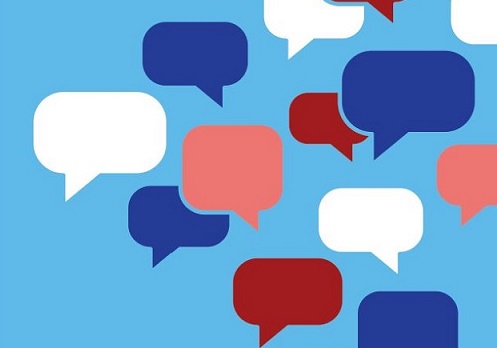 A detail of the document. / CNEF

The presidential and parliamentary elections in France could give the power to centrist candidate Emmanuel Macron (fomer Minister of Economy) or far-right candidate Marine Le Pen (Front National), according to the latest polls.

Evangelical Christians - a growing faith group in France representing two thirds of Protestant churchgoers - have added their voice to the socio-political debate by publicly issuing the document “Evangelicals in France: Convictions”.

“Being aware of the responsibilities the men and women elected in the next presidential and parliamentary elections will have, the French evangelicals desire to welcome their commitment to serve France and will pray for them”, the 19-page manifesto (download here) says.

It has been produced by the CNEF (National Council of Evangelicals in France) and it gives Christian perspectives on 7 critical issues in society:

- Separation of church and state

- Freedom of worship and speech

- Dignity of the human being

- Protection of the environment

In its introduction, the document clearly expresses the biblical belief that humans live in a world created by God, but have become both agents and victims of evil, a distortion that can be redeemed in Jesus Christ. “This Christianity of convictions brings hope” to France, says the CNEF, and “many evangelicals are ready to bring their positive contribution to the French society”.

“Far from opposing religions, laicity is a constitutional principle which protects the freedom of thought, of conscience, and or religion of individuals and groups, as well as their freedom of speech”, the document says. This understanding of separation between church and state is seen “very favourably” by evangelicals.

The document emphasises “freedom of worship” as a key element, which has led to promote the “Libre de le dire” campaign.

Poverty (“the value of a society is shown in how it cares about the most fragile”), economic ethics (priorities should be to “fight against corruption and tax evasion, work for a social economy and the energy transition”) and the rights of migrants, foreigners and refugees (“we must show them the love of Christ”) are addressed in the section on “human dignity”.

On family and sexuality, the CNEF says: “Evangelicals believe marriage and families are very important because the Bible presents the union of a man and a woman as an institution given by God from the beginning, as well as a parable of God’s love for his people”. In this context, “actions of information and prevention need to be taken to help find the right place of sexuality” in society. 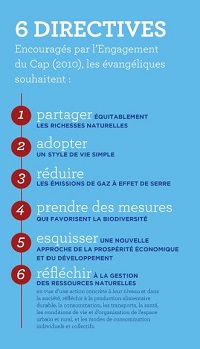 On education, the CNEF says “school should be made for the child, not the child for the school”. And public education should be “neutral, but respecting the faith of the pupils”.

The challenge of climate change is great, the document continues to say, and the Bible speaks of the “responsibility” of all humans to care of the planet. “It is indispensable to attack global poverty by stopping the negative effects of climate change”.

On national cohesion, the document warns the public authorities about the “risks of certain ideological positions which advocate to reduce freedoms”.

WHY SUCH A DOCUMENT?

Étienne Lhermenault, President of the CNEF, explained in an interview with newspaper La Croix that “evangelicals are worried about the growth of the extremes” in French society, a radicalisation that also can be seen among some Christians.

This is why the document aims to have a clear “educational” approach to explain what a biblical worldview says about the main issues in society at the moment.

You can also learn about the a similar Spanish evangelical initiative ahead of the 2015 parliamentary election.