European evangelicals urged to pray for the French election

“Pray for a return of interest in democracy and the emergence of healthy political figures”, says the European Evangelical Alliance. Freedom of speech, one of the main concerns of French Christians. 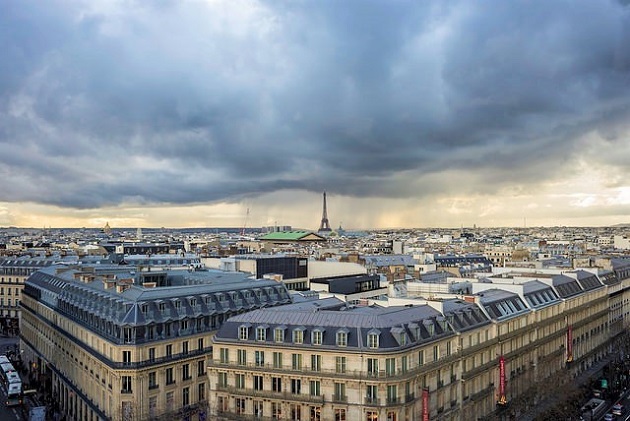 The role of religion in society and the rise of populist nationalism are two of the hot issues in the political campaign of the French Presidential election.

The French will vote in two rounds (April, 23 and May, 7). Christians should not be expecting a “good, just government”, the representative body of evangelical Christians in Europe said.

“The European Evangelical Alliance (EEA) urges Europe’s Evangelical community to pray for the people of France as they choose a new President”, a statement issued some days ago said.

The rise of populism is a concern. “France has suffered several Islamic terrorism atrocities, inevitably leading to fear and also division”, which is “influencing how some politicians speak and voters think.”

Religion and its role in society continues to be another key issue. “There is an ongoing national debate about what it means to be French and how secular (“laique”) the country must be.” Much of the time, the debate revolves around Islam but also has an “impact on other faiths.”

Furthermore, “freedom of expression on ethical issues like same sex marriage, surrogacy, euthanasia or abortion are also under attack”, the EEA says.

CORRUPTION AND THE NEED FOR HONEST LEADERS

The statement of the EEA also points to how France has witnessed “many politicians, both local and national, being called to account over corruption allegations. Two presidential candidates, Marine Le Pen and Francois Fillon, have accusations hanging over them.  There is huge disillusionment among voters about politicians in general.”

With all this in mind, the EEA called Christians to pray:

- For peace – societal peace and no security crisis.

- For Christians to play a strong reconciliation role to overcome fear and divisions between communities, especially with those viewed as outsiders.

- For a genuine Christian perspective on values and policy to be understood by the political campaign teams and media.

- For a genuine Christian perspective to be understood by voters and that Christians will speak positively to their friends and neighbours.

- Pray for a return of interest in democracy and the emergence of healthy political figures, concerned with the common good and related to the aspirations of the people.

- For truth to be both valued and revealed by the media and by the electorate.

- Laicity / secularism (separation between State and religions) is hugely important in France. Pray for the future President, government and Parliament to have an understanding of laicity which supports freedom of religion and expression for all.

- For a President who will serve the common good for all inhabitants and also enable France to play a positive European and global role for peace and freedom.

The statement closes with the Bible verse: “Your Kingdom come, your will be done on earth as it is in heaven.” (Matthew 6:10)

In February, French evangelical Christians issued a “Convictions” document regarding the upcoming elections.

The President of the National Council of Evangelicals in France (CNEF), Étienne Lhermenault, said “evangelicals are worried about the growth of the extremes.”