Migrants in Italy “coming to Christ and helping other refugees”

“There is a general sense of hopelessness because our processing system is slow and ineffective,” says Italian pastor Leonardo de Chirico. 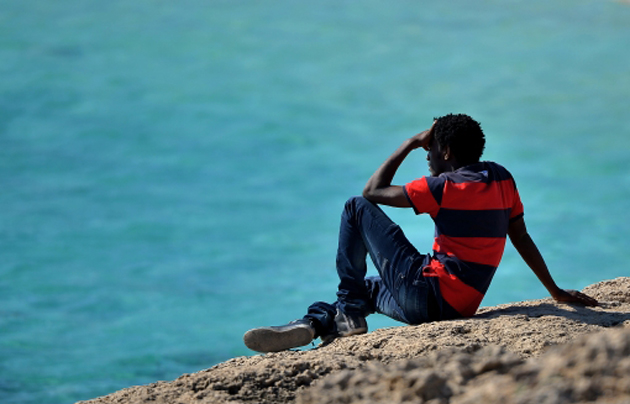 A man looks to the sea in Lampedusa. / Getty

Migration in the Mediterranean has become a huge issue in recent years. “We first encountered the challenge in 2011 when after the ‘Arab spring’ a lot of people landed on Lampedusa,” explains Leonardo de Chirico, an Evangelical pastor in Rome.

But the crisis has only worsened in the first weeks of 2015.

At least 300 people died in the Sicily channel six days ago, after two boats capsized in the midst of a storm. Only 9 people could be rescued alive and were brought to the Italian island of Lampedusa. The craft departed from Libya and had migrants on board from countries including Sudan, Eritrea, Ivory Coast, Chad, Cameroon and Somalia.

“OPENING THE EYES: COMPLEXITY OF THE SCENARIO”

How is the Italian society reacting to these News? What are believers doing? 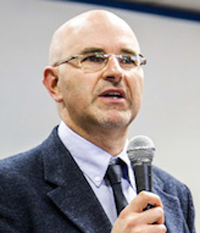 Leonardo de Chirico answered to some of these questions in the following Q&A with Evangelical Focus.

Question. Do Italian citizens feel they can do something about the continuous arriving of migrants through the sea? How do Newspapers and TV report on the regular bad news of people dying while trying to get to Europe?

Answer. The general impression given by the media is that of an “invasion”, which is not the case. Moreover many of the refugees continue their journey up North. There is a general sense of hopelessness because our processing system is slow and ineffective.

The general economic crisis makes it difficult for people to think in generous terms. Most attention is given to the tragedy of people dying in the crossing of the Mediterranean but the issue should be widened to the different wars in Africa and the Middle East, the oppression of Islamic fundamentalism which people escape from, the terrible exploitation that refugees suffer in Lybian “camps”, the mafia-controlled system of taking people across the sea.

Normally, the media attention is focused on the last part of the journey but if we do not open our eyes to the complexity of the whole scenario we miss the point.

Q. In which ways are Evangelicals working (networking) to help refugees who arrived to land and are now living in Sicily, Rome, etc?

A. We first encountered the challenge in 2011 when after the “Arab spring” a lot of people landed in Lampedusa. After that some on-going ministry started. In Sicily Evangelicals are helping a lot of refugees in their camps in Mineo and Caltanissetta (legal assistance, language school, spiritual help). In Rome a day centre was opened to welcome refugees on a weekly basis. In other cities churches are involved in various ministries.

Unlike Catholic agencies which are heavily subsidized, we are self-funded. This limits the work but does not stop it. Every June more and more churches are celebrating the Refugee Sunday which is sponsored by the World Evangelical Alliance. It is a wonderful opportunity to become aware and involved in prayer and action.

Q. Are there international initiatives propeled by Evangelicals?

A. Refugees ministry is a world-wide issue. In Europe the Refugee Highway Parternship is a network of evangelical ministries in different countries. Every year there is a roundtable for people to meet for prayer, fellowship and training. This year the roundtable took place in Málaga (Spain) at the beginning of February.

Q. Are there testimonies of migrants getting in touch with churches in Italy and meeting Jesus Christ?

A. Yes, both in Sicily and in Rome we have testimonies of people coming to faith in Jesus Christ from Iran, Iraq, Syria and various African countries.

In our local church in Rome we saw a young African man who had travelled across the Sahara desert, was detained in Libya, then landed in Lampedusa, and found his way to Rome. We met him in a park and he became a believer in Christ and he was baptized becoming fully involved in the local church. He is going to school now and is a volunteer in the day centre, helping other refugees with their needs. There are many other stories like this.

Published in: Evangelical Focus - europe - Migrants in Italy “coming to Christ and helping other refugees”