The Federal Democratic Union (Switzerland) is the first party analysed in a series of articles about political organisations with a Protestant or evangelical ‘ethos’ in Europe. 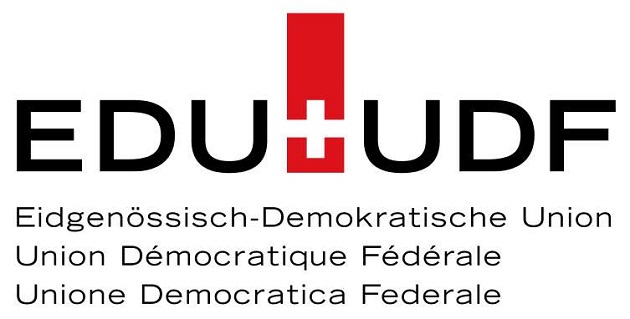 This is the first article of the “Political parties with a Christian worldview” series. These articles will introduce Evangelical Focus readers to political parties in European countries which hold to a Protestant or evangelical ‘ethos’.

1. THE FEDERAL DEMOCRATIC UNION, IN SWITZERLAND

- Region in the country where the party has the highest support at the moment: Thurgau (Thurgovia)

- Short history and vision: A clash of personal and political differences amongst some politicians of the Evangelical People’s Party (EVP) led to the founding of the EDU, Switzerland’s second Protestant political party. The EDU takes a clear pro-life position and promotes family values.

- What role does the Bible and the Christians worldview have in the definition of the party’s policies? The EDU is a political party of Bible-believing Christians. About 90% of its voters attend evangelical free churches. Party members running for a public office commit to a lifestyle according to the standards of the Bible. Most party officials hold to an orthodox and literal view of the Bible.

- According to the political party, how should the relationship between the state and the Christian churches look like? Many party members and officials are somewhat critical of the Protestant and Catholic state churches and would tend to gradually support a stronger separation between state and church.

- What are the biggest priorities of the party? (selected among given categories): Family and life, financial stability, integration of refugees/migrants.

- What is the profile of your average voter? Elderly Evangelical Christian, modest income, SME owner.

- Do you have indicators that give you a sense of the party’s support it gets from the evangelical or Protestant churches/organisations in the country? Different Christian magazines and web sites cover the activities of the Federal Democratic Union regularly and with goodwill.

- According to the party, what is the biggest threat for the country, at the moment? Loss of moral values in our culture.

- According to the party, what is the greatest opportunity for the country, at the moment? Strong direct democracy and relative independence from the EU.

- Does the party work in coalition with other parties in your country? Members of all bigger parties always form Swiss governments while the smaller parties are almost always in the opposition. There is usually some cooperation with several other parties through joining of lists (“Listenverbindung”) to maximize voter impact.

Evangelical Focus does not necessarily endorse the policies of the parties cited in this series of articles. Our aim is to give information about different political movements formed by Christians, and about how they interact with other actors in the public arena as they seek to serve the broader society.