Vladimir Putin to lead Russia for another six years

The president got 75% of the votes, his biggest electoral victory. The future of religious freedom for the evangelical minorities is very much dependent on the course of East-West relations. 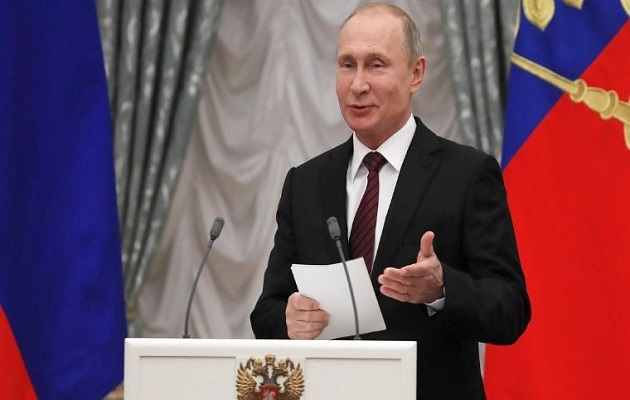 Vladimir Putin will be president of Russia until 2024.

There has been no surprise in Russia: Putin has won the elections and will be the president until 2024.

He has even exceeded the 70% granted by the polls, reaching 75% of the vote. This is his biggest victory at the polls since he began to present his candidacy in 2000.

The difference is abysmal with its most direct opponents in these elections, which will remain limited to a practically residual representation compared to the strength of Putin's party, Russia United.

The communist and millionaire Pavel Grudinin (the main rival of the president) obtained 12% of the votes, while liberals Zhirinovski and Sobchak got 6% and 1.3% respectively.

MANY CONFLICTS TO FACE

Putin's new term begins with a lot pressure, with many fronts open.

The most recent comes after the death by poisoning of a former Russian spy in the United Kingdom.

Prime Minister, Theresa May, accused the Russian president of being involved in the event. May decided to expel 23 diplomats from London, and Moscow has responded by doing the same.

On the other hand, the conflict with Ukraine is still open and has been present in these elections. Iin the Russian embassy in Kiev, some people tried to obstruct the voting of the Russians living in Ukraine.

And there are also tensions in the Middle East. Russia militarily supports the regime of Bashar al-Ásad in Syria, a state that in turn is developing a confrontation with Turkey in the border territory.

Turkey has the political support of a significant part of the West, after having signed an agreementt with the European Union for the retention of the migratory population that goes to the continent.

REACTIONS OF THE RUSSIAN EVANGELICAL COMMUNITY

The Russian Evangelical Alliance (REA) already told Evangelical Focus and Spanish news website Protestante Digital that “religious freedom for the evangelical minorities is very much dependent on the course of East-West relations. If they get worse, so will relations between evangelicals and the state”.

On the other hand, the REA claims not to expect “anything good from any government” because, according to the Secretary General of the Alliance, Sergey Vdovin, “for more than 1,000 years evangelicals have been bathed in their own blood and suffering”.