The Bible and the Qu'ran need introductions that “warn readers about anti-Semitic passages in them”, the European Jewish Congress says. 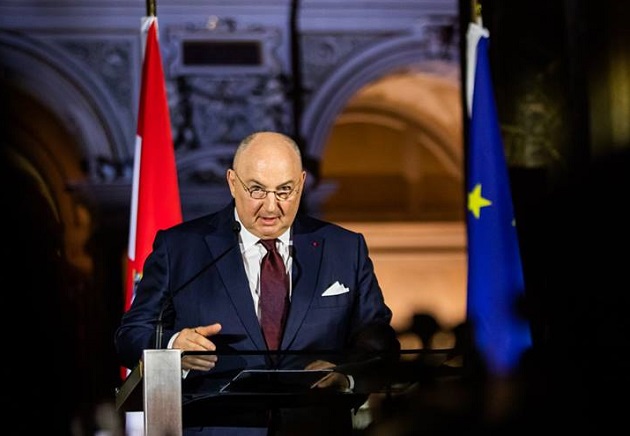 The Bible and other Christian literature should include introductions and glossary notes warning readers about the “anti-semitism” of some of its passages, the European Jewish Congress said.

The parachute organisation is based in Brussels and represents “42 national Jewish communities in Europe, encompassing approximately 2.5 million Jews”, according to its website.

In a recent event in Vienna (Austria), hosted by the Austrian Chancellor Sebastian Kurz, EJC’s President Moshe Kantor said: “Jewish communities in Europe are increasingly concerned about their security and pessimistic about their future”.

The EJC presented a 150 pages “Catalogue of Policies to Combat Antisemitism”, in which there is a reference to the Bible and to the Qu'ran.

In the chapter 'recommendations regarding Religious Groups and Institutions', it says: “Translations of the New Testament, the Qur’an and other Christian or Muslim literatures need marginal glosses, and introductions that emphasize continuity with Jewish heritage of both Christianity and Islam and warn readers about antisemitic passages in them”.

It adds: 'While some efforts have been made in this direction in the case of Christianity, these efforts need to be extended and made consistent in both religions.'

Among other recommendations presented in Vienna, the EJC proposed that “every country should commit to a percentage of its GDP, annually, to fund the fight against antisemitism”; “internet companies should be liable for antisemitic content on their platforms”; and “people who express or hold antisemitic views should not be allowed to be members of political parties or occupy a position of power”.