Last week, the police interrogated Member of Parliament Päivi Räsänen for four hours. Now the State General Prosecutor announces a pretrial investigation on her booklet “Male and female He created them” . 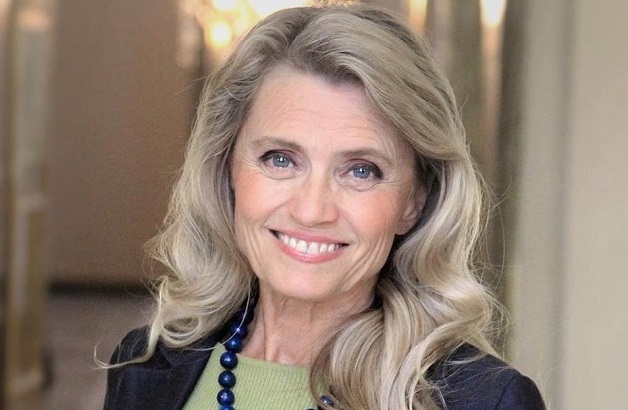 Päivi Räsänen, the Finnish politician investigated by the police for a tweet in June quoting the Bible on the issue of homosexuality to criticise the Lutheran Church for partnering with the LGBT Pride, will now also be investigated for a pamphlet she wrote back in 2004.

The Member of Parliament and leader of the parliamentary group of the Christian Democratic Party was interrogated by the police on Friday 1 November for around four hours. Räsänen says “the police let me understand that they shall not close the case”, which has caused a freedom of speech controversy.

But the controversy took a new dimension on Monday November, 4, when the State General Prosecutor announced to the press that the police would start a pretrial investigation about the publication and distribution of the booklet Mieheksi ja naiseksi hän heidät loi (in English, “Male and female He created them”), also authored by Päivi Räsänen. 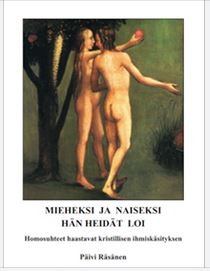 The text was printed 15 years ago but it will be included in the case against the Christian politician because it is still “available online”.

Räsänen, who served in the past as Minister of the Interior of the government of Finland, risks being accused under Section 10 of the Criminal Code of Finland for “ethnic agitation”. A fine or prison are contemplated for this crime.

“DIFFICULT TO UNDERSTAND WHAT IS HAPPENING IN FINLAND”

“It is difficult to understand what is now happening in my home country”, Päivi Räsänen told Evangelical Focus.

The committed Christian added that “the situation is really peculiar. But I am grateful that so many Christians have been woken to pray for our nation”.

This is the press release of the Office of the Prosecutor General of Finland, published on 4 November (translated from Finnish):

“Preliminary Investigation to be conducted concerning the pamphlet of Ms Päivi Räsänen, MP”

Ms Raija Toiviainen, Prosecutor General of Finland, has mandated a preliminary investigation to be conducted in the matter concerning Member of Parliament Päivi Räsänen regarding her pamphlet “Mieheksi ja naiseksi hän heidät loi” [Male and female He created them].

The matter at hand is a publication of Suomen Luther-säätiö [The Luther Foundation Finland] from 2004. This pamphlet takes a stand on ecclesiastical policy, social policy, sexuality and marriage in regard to the Bible and its interpretation.

Previously, the police concluded that there was no need for a preliminary investigation, as there was no reason to believe that a crime had been committed.

The Prosecutor General, who was requested to re-evaluate this matter, in assessing the balance between the basic and human rights of the freedom of speech, the freedom of religion and non-discrimination, reached a different conclusion than did the police.

According to the Prosecutor General, there is reason to believe that because of the defamation of homosexuals by the violation of their human dignity, Ms Räsänen is guilty of incitement to hatred against a group. Therefore, there will be a preliminary investigation in this matter.

The preliminary investigation will be carried out by the Helsinki Police Department. There is no further information available at the moment.