“Many relationships that were being built have been broken”

Homeless people “are much more deprived and vulnerable than before because of the epidemic”, a worker of Christian organisation Ágape +, says. 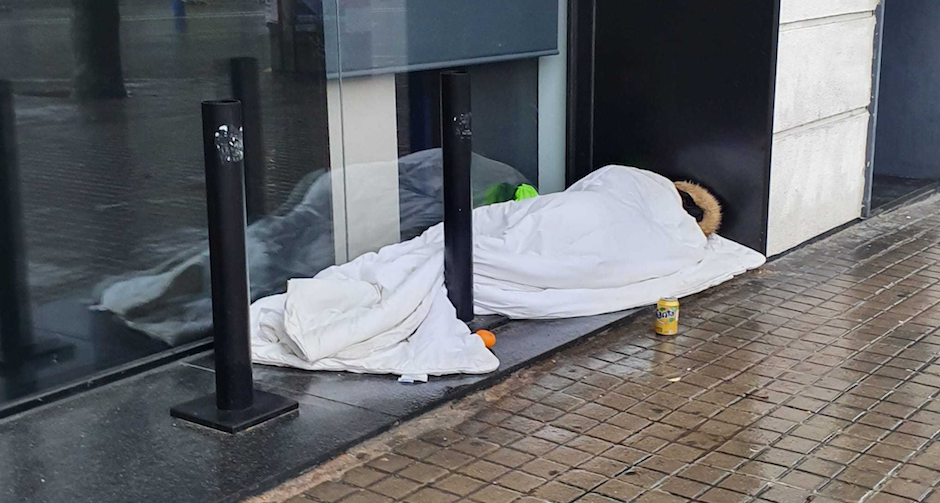 A person tries to take shelter in the doorway of a business in Barcelona during the lockdown. / Ágape +.

The Covid-19 epidemic has affected the population in different ways. The homeless are among the ones that have been hit hardest by the spread of the virus.

"This epidemic has affected those who were most vulnerable in a much more profound way", explains Lidia García, coordinator of the Christian entity Ágape + in Barcelona, dedicated to the accompaniment and care of people at risk of social exclusion.

For the vast majority, social distancing could be alleviated through video calls, but for the most vulnerable the virus has widened the inequality gap that already existed.

“Everyone else can talk to their families, but with homeless people, if they don't have a phone, it's impossible. From the follow-up of the people we know who are on the street, we have only been able to continue talking to the few who have a phone and have not had it stolen", said García.

As if that were not enough, the increase in social distance has been accentuated by the abrupt closing of the sources of their scarce resources.

"They don't even have cardboard! It may seem silly, but if there are no open shops, there is no cardboard. In other words, they are not even able to use what they usually use to protect themselves”, García adds.

Furthermore,”many people do not know where to go. They are finding it all closed. They are afraid, there is nobody on the street”, the Ágape + coordinator told Spanish news website Protestante Digital.

Confinement without a home

“Everyone says to stay home and wash your hands, but how can homeless people do that? Where do you confine yourself when you don't have a home?”, García pointed out.

According to Ágape+, “Most of the homeless spend the day in libraries, in day centres, in civic centres, they use the toilets of the bars to change and clean themselves. But now everything is closed. Many of the resources they used have dried up as well”. 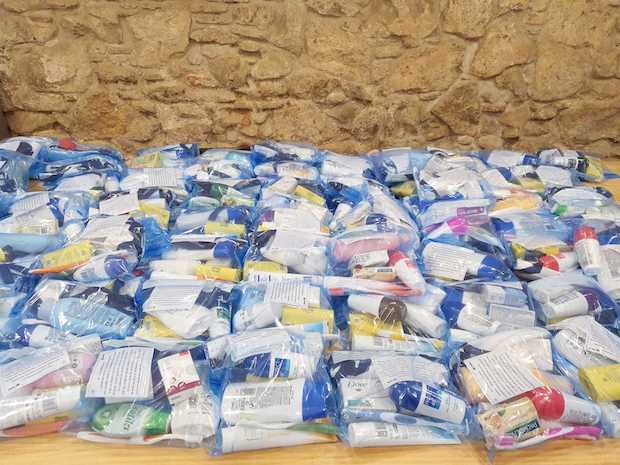 Since the beginning of the confinement Ágape + has prepared and distributed more than 400 kits with hygiene products. / Ágape+.

“Because of this, many of their connections and relationships have been broken. That has affected their access to resources and their personal relationships. They are even more lonely than before. Having a home is essential. And this crisis has made it even more evident”, she said.

According to Ágape+, the relational aspect is the most affected, since the activity of private organizations like theirs has been limited to the distribution of primary need goods, always maintaining the secure social distancing .

The organization have already distributed more than 400 kits with personal hygiene products since the beginning of the crisis.

“For us, the hardest thing is not being able to maintain a relationship with all the people we know who are on the street. All organizations agree on that. It is very hard to have to deliver a package through a door”, García underlined.

She lamented that “the personal relationship has been lost, which is what these people need most, a hug, talking to them. Many relationships that were being built have broken, many opportunities and processes towards a transition that had begun”.

Since the beginning of the lockdown, four people who lived on the street have been murdered in Barcelona.

The image of deserted streets has brought an increase of the “vulnerability” of people in homeless situations, who are “much more deprived”. "They are afraid, they are much more vulnerable to aggression”, said García. 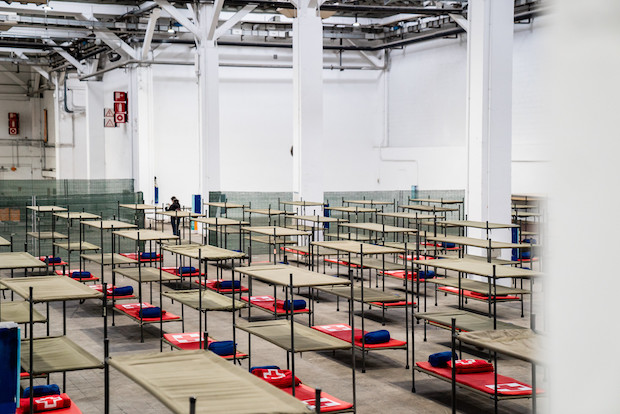 The problem of temporary shelters

Barcelona is a city with approximately 3,500 to 4,000 homeless people. The Barcelona City Council claims to have created 2,900 beds to “accommodate homeless people, 680 more than normal". Some private organizations denounce that those figures are not real.

Furthermore, in some cases, the facilities are seen as unsafe by people on the street. "It is easier to get sick here with hundreds of people, than if I am outdoors", a homeless man told Spanish newspaper Ara.

“In the pavilions that have been set to host the homeless, they have installed three bunk eds . There are not even mattresses. Imagine 200 people stuck in there, each with their history, with their diseases, mental disorders or addictions, and without being able to use drugs, with all that comes with that. It is scary and, logically, there are people who prefer to stay on their corner than to go in there”, García explained.

“It is not just about having a place to live”

Ágape+ manages two temporary apartments, one for men and the other for women and minors. Although they have had to suspend the activity of the volunteers this week, "mainly to protect those who live in the apartments", the coordinating team has continued to work with the two places, through video calls, doing the shopping for them or providing other resources.

“It is not just about having a place to live. It is very important to be there for them. Talk to them weekly to see how they are, and how they are living the confinement. It is a difficult situation, because it is not the same to be in confinement when you have a stable emotional state, than when you are in a bad one. We have some people with very complex needs that have been paralysed by all this”, García pointed out.

With the de-escalation phases of confinement, many organisations that work with the homeless wonder what the 'new normal' will be like and if they will be able to gain back many of the relationships that have been interrupted. "We really don't know", said García.

Published in: Evangelical Focus - europe - “Many relationships that were being built have been broken”