‘Good ideas need to be made visible and redistributed’ 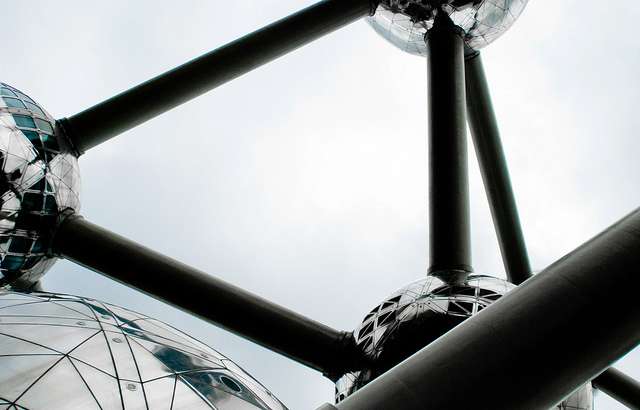 The Atomium, in Brussels, a place where the EEA makes some of the initiatives of European evangelicals visible. / Photo: Jan Faborsky (Flickr, CC)

“A dance floor where people who believe in the resurrected Jesus meet.” This is how Thomas Bucher (Switzerland) would define the European Evangelical Alliance (EEA). The secretary general thinks evangelicals on a continental level need a platform where efforts for mission are shared and propelled.

Bucher recently visited the offices of the Spanish Evangelical Alliance (AEE) in Barcelona. During several meetings and a meal, there were opportunities to share vision as well as time to learn about projects in the country.

The Spanish state funeral for the Germanwings victims was just happening in the city that same day (April, 20th). Media outlets had confirmed in the previous week that the regional Catalan government had given in to the pressure of the Catholic Church, dismissing a pluri-confessional funeral. Evangelicals, Jews and Muslims would only be given some minutes to share words of condolence at the end of the Catholic ceremony.

This “surprised” the EEA - Bucher said - because one had “expected more respect (…) towards the mourning people left behind who were not from a Catholic background.”

In a wider interview with Evangelical Focus, Bucher touched on other relevant issues, like evangelical identity or influence in the public arena.

LISTEN TO THE AUDIO INTERVIEW AT THE BOTTOM OF THIS ARTICLE. 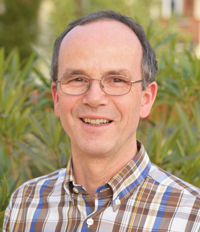 Question. Why does the church in Europe need a platform like the European Evangelical Alliance (EEA)?

A. We have just talked over coffee about the word “evangelical.” And it means different things in different places, in Europe. But the Evangelical Alliance is a platform, an organisation, I sometimes call it a dance floor where people who believe in the resurrected Jesus Christ are meeting. And this is really often what I think is the stumbling block. There is no philosophy which talks about a resurrected person, that’s where people stumble.

I think we ‘want’ to be that stumbling block, as en Evangelical Alliance, upholding the resurrected Jesus Christ, and what this means in our lives.

Evangelicals are people who have a personal confession that they are followers of Christ. As EEA we want to make visible how they live, what their concerns are, also what they are wrestling with in relation with today’s society.

Q. Since you started as a secretary general in the Alliance, what things have you seen in Europe that really encourage you?

A. I have been encouraged in one way, and discouraged in another way. Discouragement comes from the fact that there are so many great things happening in the evangelical world, in different national Evangelical alliances which never make it to the surface, never come up to the platform of the EEA. And therefore good ideas, good initiatives, great happenings, are not coming to the public knowledge of other evangelicals.

And so this is my challenge, and also my encouragement. When I hear about new initiatives, new campaigns, new ideas, and when I actually can make them visible on the platform of the European Alliance, so they can get redistributed and sometimes become a campaign on a European level.

Q. You are commenting about things happening in the churches that are being discovered and made more public, and you also were saying the Alliance should be a platform which haves influence. In which concrete areas is the EEA working, and having influence? What concrete issues are you touching?

A. One issue is that evangelicals are often seen as the ones that say “no”, and are against something. So we have started the ‘Good News Coffee’, which is a platform where people get together and share what is happening in their countries, good examples from others that people can actually learn and apply in their own countries.

Another thing which I have seen happening during my time is the legislation on religious liberty, on a EU level. This was accepted by the minister of Foreign Affairs of the EU in 2013. There has been quite a bit of influence of the EEA into this new legislation, and has had an effect not only in Europe, but beyond. We have heard of a diplomat in a Central-Asian country, who drew up through this legislation and made the people working with him aware that they had to act on the case of freedom of religion in that country. 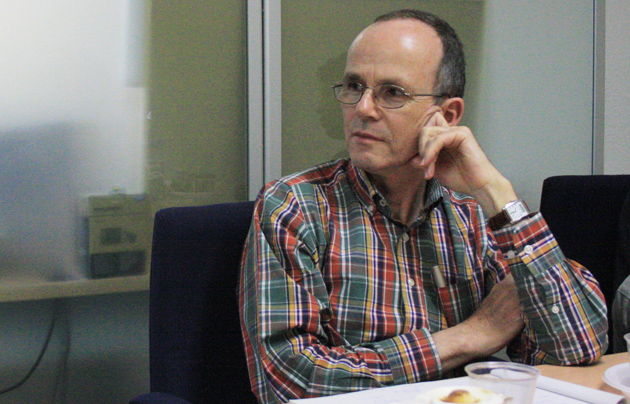 Q. Talking about laws and political initiatives, do you think evangelicals in Europe should try to influence on the public arena, and how?

A. Certainly evangelicals have to influence society on all different levels and all different topics. And I think religious liberty is certainly a very important issue. And so is social justice. These, along with prayer and the stand against [theological] liberalism, were at the core of the founding fathers of the Evangelical Alliance in 1846.

It was interesting that there were so many evangelicals taking a stand against slavery, at that time, being at the forefront against slavery. And today, this actually happens again, when it comes to the modern-day slavery. People being trafficked not only for prostitution, but also for exploitation in the workplace.

We just had a conference by a network of the EEA, the European Freedom Network. A conference in Bucharest, Romania. We had to close registration prematurely because there were so many people coming. It has created a new momentum. There was a god delegation from Spain there, too. The networking which has happened in Bucharest and the excitement of people who saw that they were not fighting alone against this modern-day evil was just really heart-warming and exciting.

Q. Thinking of these actions, what does distinguish a national Evangelical Alliance, for instance, from other Christian organizations we can find in Europe?

When I talk to officials from the Catholic Bishops conference, for instance, or the Conference of European churches, I see that the general secretary of the Evangelical Alliance, am connected down to a church level. Therefore I would say that the EEA is uniquely rooted and has a way to influence these roots, and being influenced by the roots, up and down, in a very unique way. I think this makes a difference with other organizations.

Q. And finally, how can Christians in churches and in the cities support the EEA? How can they get involved in projects, how can they pray for you and other people in the team? And how can they even support your work financially?

I think we can understand that there are different roles, and they need to be equipped, profiting from each other (not exploiting each other). This is an important understanding which should be planted in every evangelical.

Published in: Evangelical Focus - europe - ‘Good ideas need to be made visible and redistributed’