Olaf Latzel used insulting language to speak about LGBT activists in a small group seminar that was later posted on Youtube. 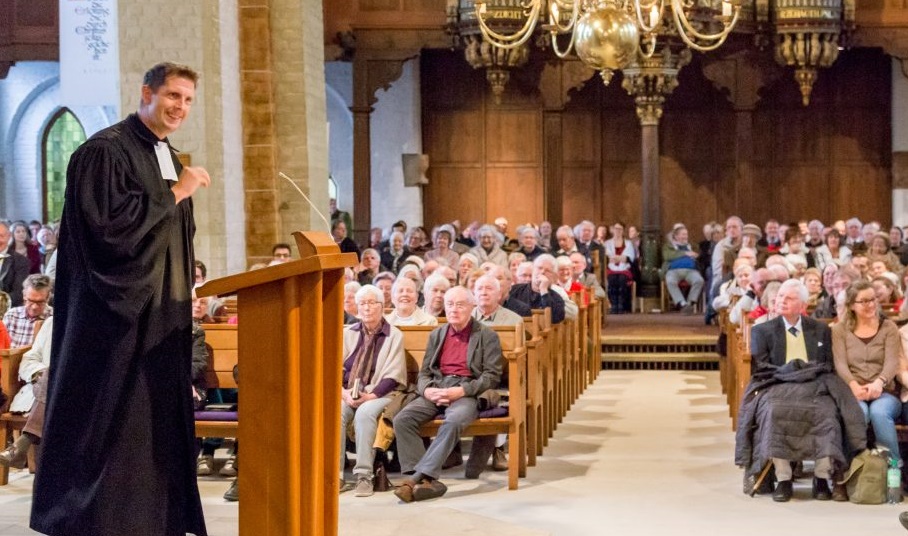 A court in Bremen (Germany) has condemned a well-known and controversial Protestant pastor for hate speech against homosexuals.

Olaf Latzel, pastor of the mainline Evangelical Church Germany (EKD) church St. Martini in Bremen, has been sentenced to a fine of 8,100 euros. Latzel will appeal the sentence.

The court said the pastor promoted hate against homosexuals and violated their dignity in a marriage seminar in November 2019 in which he addressed the activities of what he called the “homolobby”.

Speaking to around 30 couples he said at one point: “All around walk the criminals of the Christopher Street Day [the Berlin Pride March]. All this gender shit is an attack against God’s order of creation, it is demonic and satanic”. The video was posted months later on his Youtube channel, and later deleted.

In the process, the defence of Latzel said these views where based on the Bible and referred to homosexuality and violent LGBT activists and not to homosexual people.

The judge dismissed it considering that “the homosexual orientation of a person is a part of its personality”.

Latzel’s lawyer, said the sentence is a “catastrophe”. He described it as “the opening of a door to restrict freedom of speech”, and added that “while today this is about a view found in the Bible, tomorrow it will be about any other opinion”.

Groups of people protesting both for and against Latzel gathered outside the building during the session in which the sentence was announced.

The leadership of Protestant Church in Bremen, which previously had “condemned in the strongest terms” the conduct of Latzel, reacted to the ruling by saying they were “deeply concerned that a pastor of our church is condemned for promotion of hate against a group of people”. They also added expressed concern about how Latzel’s behaviour damaged the image of the Church, and added that they would open an internal reflection.

In the context of evangelicalism, a jurist and columnist of German evangelical news agency Idea spoke of “clearly wrong judgement”. In contrast, a columnist of evangelical magazine Pro Medien Magazin concluded that “noisy verbal violence against homosexuals may rally your own followers, but will put off outsiders forever”.

Some Christian users of social media were “relieved” that the “hate preacher” had been finally sentenced, while others warned that Christians were starting to be persecuted “only for preaching the gospel”.

A controversial and popular figure

For many years, Latzel has been a controversial conservative evangelical figure in the midst of the largely theologically liberal German Protestant church.

His position on the role of women spiritual leadership, ecumenism and Islam have often clashed with that of other Protestant pastors.

His theological positions and his use of language have been largely criticised, prompting two online  petitions asking the Bremen Protestant Church to remove him from his post.

In the past, Latzel’s St. Martini Church has denounced paint attacks against his buildings and LGBT actions interrupting worship services.

Correction: A previous version of the article said incorrectly that the pastor was sentenced to both the 8,100 euros fine and a 3-month prison sentence.