The aroma of a new coffee spreads through Italy

The Caffè Biblico, served online on Youtube, “has helped us to continue sharing a fresh message every day when we could not meet”, Italian pastors say. 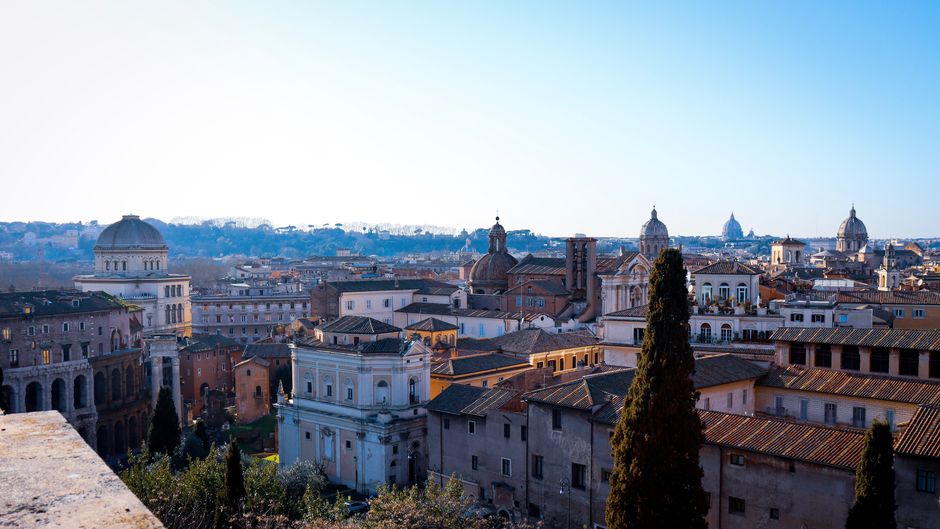 It is well known that Italians are great coffee lovers. Since the first beans arrived in Venice in the 16th century, thanks to trade relations with the Ottomans, Italy has created a whole culture of coffee. Drinking an espresso, cappuccino or macchiato is an unavoidable daily routine.

Any time of day is good, but there are three main moments: the morning, after lunch, and the afternoon, with friends. The more traditional coffee lovers still prefer to use the legendary moka, known internationally as the “Italian coffee maker” .

On 14th March 2020, a new coffee was added to the daily offer throughout the country: the Caffè Biblico (Biblical Coffee), served online on its own Youtube channel, which has new followers month after month.

The initiative came from Valerio Mungai, pastor of the Koinonia church in Rome, who after two weeks of confinement during the first lockdown, decided that he could not continue without sharing the message of the gospel, and created this format of brief  “biblical reflection to start the day well”, to encourage the believers in quarantine, while also sharing the morning coffee with them.

Valerio invited his brother Alberto, pastor of a small church on the outskirts of Rome, to join him in the new project. They took turns recording the messages they transmitted through the Facebook page of the Koinonia church.

Other pastors joined in, each with their own personal style, and they now form a team of approximately twelve people. 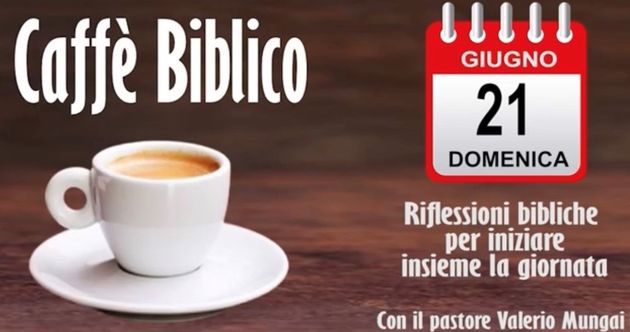 Thousands of people listen to a Bible message and share a coffee in Italy through  Caffe Biblico.

In less than five minutes, each edition of Caffè Biblico presents an everyday or artistic event, either current or historical, to introduce a biblical message of practical application.

“I listen to it every day and share it. My husband does the same. I like the colloquial style and also the fact that there is always a reference to a current topic, to a film, a song that engages the listener”, explains Dora Giovanini, a believer from Livorno.

“We share it with people who are not Christians and they like it because it has no religious language or words that only we evangelicals understand”.

As pastors of the Soar Ministry, Osvaldo and Dora Giovanini have found in the Caffè Biblico a useful tool during the pandemic, that “has helped us a lot to continue sharing a fresh message every day when we could not meet. We thank God for these brothers”, concludes Dora.

Like them, other pastors forward the link to their communities and the social media. Each episode is currently reaching around 17,000 accumulated views in the different platforms.

A good way to start the year

On the first day of 2021, the Caffè Biblico team organized a meeting via Zoom, which was also broadcast through the Facebook of some churches, to have a more direct contact with the followers. The theme was “To start the new year well”.

Minutes before the participants joined the waiting room, the pastors, who had been sharing messages and coffee for months, were talking to each other, making jokes, showing the brotherly love that unites them. A beautiful example of unity as the body of Christ.

The moderator of the meeting was Franco Spina, pastor of the ADI church of Gallarate (Lombardy), and the biblical reflection was presented by Terry Peretti, from Seattle, USA, who along with his wife Marsha is also part of the Caffè Biblico team. The Christian singer Nico Battaglia also participated in the meeting.

Several pastors shared a testimony or commentary. The different accents and ways of speaking show that they come from many regions of Italy.

Valerio Mugai told how the project began with his brother Alberto, and recognized that during the quarantine God gave him this new vision that has been growing and involving pastors from different churches.

“The heart of this project is the love for the local church, and it is precisely that love for the bride of Christ that has made me accept the invitation to participate”, Cristian Nani, from the Uno in Cristo (One in Christ) church in Vicenza and director of Open Doors Italy , told Spanish news website, Protestante Digital.

Nani pointed out that they “have received feedback from non-believers who have come to faith through Caffè Biblico. In fact, it is a way to enter in homes where, for example, there is an unbelieving husband who every morning sees his wife listening and little by little gives in and comes closer to the faith himself”.

Furthermore, “many believers send it to friends and family, selecting the most appropriate episodes to touch the hearts of their loved ones. Caffè Biblico has turned into a tool of evangelization”, he added.

“The messages, simple and with strong practical application, are passed among believers of several denominations, promoting unity not only among the pastors who broadcast them, but among the believers too”, Nani concluded.

Published in: Evangelical Focus - europe - The aroma of a new coffee spreads through Italy