The purpose of this article is to show ten ways in which Greco-Roman philosophy, religion, and worldview influenced Christian theology. 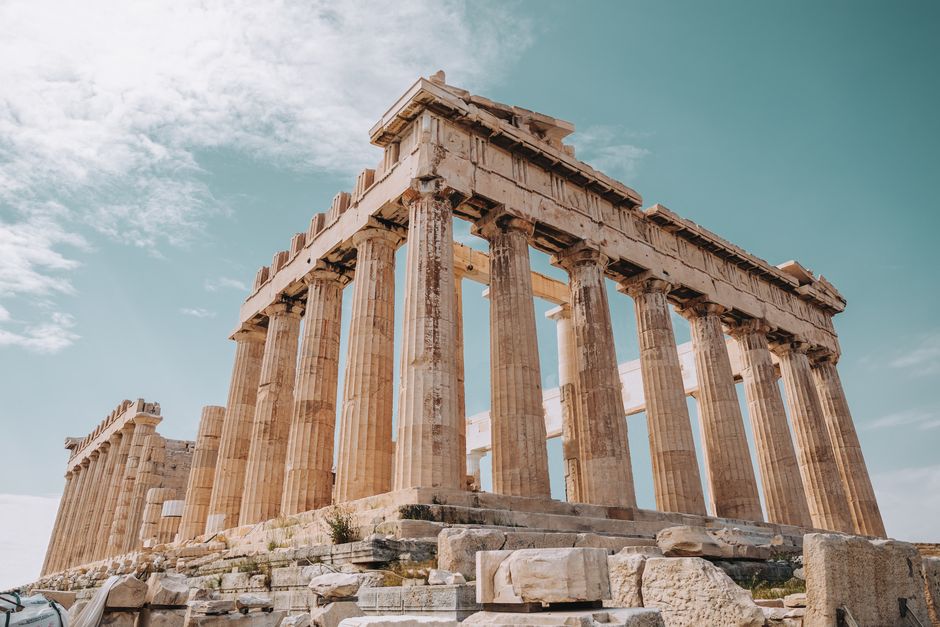 Part of the reason why students of Church history feel estranged from the material they are studying is the fact that they do not understand the world into which Christianity was birthed and grew up. That world was (primarily) the Roman Empire.1

Christianity engaged with its culture —called Greco-Roman due to its fusion of Greek (eastern) and Roman (western) cultures—, resulting in a mutual influence between the two.

The purpose of this essay is to show ten ways in which Greco-Roman philosophy, religion, and worldview influenced Christian theology. My hope is that this will help students understand Church history better, especially that of the first 1,500 years.

By the time Christianity had appeared in the ancient world, Greeks had been interpreting ancient texts —especially Homer’s Iliad and Odyssey— for centuries, and had developed three basic ways to interpret texts that were difficult to understand:

2) Liberal philosophers tended to go to the opposite extreme of the common people and rejected the sacred texts altogether. They saw them as ridiculous and unworthy of the gods, and thus refused to acknowledge their authority. After all, why would they care so much about human affairs that they were willing to fight with each other? Thus, they rejected the idea of gods altogether and sought natural explanations for everything. This is the background (at least in part) of the natural philosophers, beginning with Thales of Miletus in the 6th cent. BC and continuing until today.

3) Conservative philosophers tended to look to allegory as a way to explain these difficult texts. For example, they would argue that texts which speak of gods who were fighting with each other were really talking about man’s internal conflict (i.e., psychology) or the “battle” between the four elements of fire, air, water, and earth. These three hermeneutical options (especially the first and third) will be the primary ones available to Christians as they seek to interpret the Old Testament.

2. Quarrel between poets and philosophers

This “quarrel” will manifest itself at a few key moments throughout Christian history, such as in the case of Peter Abelard in the 12th century, and the French Enlightenment in the 18th century.

This is similar (and possibly related) to the previous point, but it is sufficiently important to merit its own treatment.

Basically, there are two basic approaches to epistemology (i.e., ways of knowing): deduction, which begins with the big picture and works its way down to interpret the little facts in light of it, and induction, which begins with the little facts down below and works its way up to try and form the big picture.

Plato took a basic deductionist approach to knowledge, and Aristotle a basic inductionist one. This clash of epistemological views occurs again and again throughout Church history.

A particularly acute example happened in the Middle Ages with the clash between nominalists (inductionists) and realists (deductionists).

4. Tripartite division of the soul

Stretching back to their earliest traditions,2 and taking its canonical shape in the works of Plato and Aristotle, the Greeks understand the soul to be divided into three parts: reason, spirit (i.e., impulse), and appetites.

This entire scheme of thinking about psychology, classes, and society will become the basis for Christian reflection.

This could have been included in the previous point, but it is of such importance and influence that it deserves a separate treatment.

When all of these virtues are working together in harmony, this produces justice, which is the fourth virtue. These virtues will be taken into the Christian tradition and form four of the seven Christian virtues, which are the backbone of Christian ethical instruction and reflection: the four philosophical virtues, plus the three Christian virtues of faith, hope, and love.

In his justly famous work entitled Nicomachean Ethics, Aristotle advanced the general theory that if someone wants to be something, they must practice it until they become it.

This is known as “ethics through habituation” and became the standard position of Christian thinkers in the Middle Ages.

However, when Martin Luther tried to become a just person by practicing justice, what he found was that he only became more aware of how unjust he was, especially in light of God’s holy standards.

This was the background of the Protestant Reformation and continues to be a point of contention between Catholic and Protestant thinkers.

7. Aristotle’s chain of being

Although Aristotle was not the first Greek thinker to discuss a chain of being, he is its most famous proponent. Aristotle placed all of reality on a chain (or ladder) of being based on their respective abilities.

Christians took this chain of being from Aristotle and applied it to many areas of life, such as the State and the Church.

Before Christianity arose, Greeks (and other societies, for that matter) were already well-versed in the debate between freewill and determinism. Regarding determinism, there were at least two ways of understanding it: some people thought that the gods controlled our fates, and others that the stars did so.

Whatever the source, the point is that their debates would later influence Christian arguments over the relationship between divine sovereignty and human responsibility.

By the time Christianity came on the scene, Greco-Roman education was divided into the trivium and quadrivium. The trivium consisted of grammar, dialectic, and rhetoric, and the quadrivium of geometry, arithmetic, music, and astronomy.

This will be groundwork for primary and secondary education during the Middle Ages and beyond.

10. Priority of the spiritual over the physical

Although the Greeks knew that they had bodies, they did not think much of them. In fact, they saw them as cages in which their spirits had been locked up and had invented a catchy rhyme to capture this thought: soma sema (“body tomb”).

This becomes the background to many heresies and false teachings throughout Church history. For example, in the early Church, Gnosticism basically despised the physical world in preference for the spiritual one.

A more controversial example would be the posture of many modern Protestants, who really don’t have much of a theology of the body, sacraments, or physical world in general.

Andrew Messmer is the academic dean and professor at the Sevilla Theology Seminary.

1 This is a bit of an oversimplification, since Christianity quickly spilled out of the Roman Empire into other parts of the world. However, it grew quickly within the Roman Empire, and after the 7th cent., found its major center of influence in Europe.

2 The tripartite division of the soul appears to be of proto-Indo-European origin, showing up in the oldest Indian literature, such as the Rig Veda (c. 1200 BC). Indians also applied their tripartite scheme to society and politics, as did the Greeks.

3 Each type has a corrupted form, but we will not discuss them here.