The truth, nothing but the truth

My life is far too precious to me to settle for anything less than reliable truth. 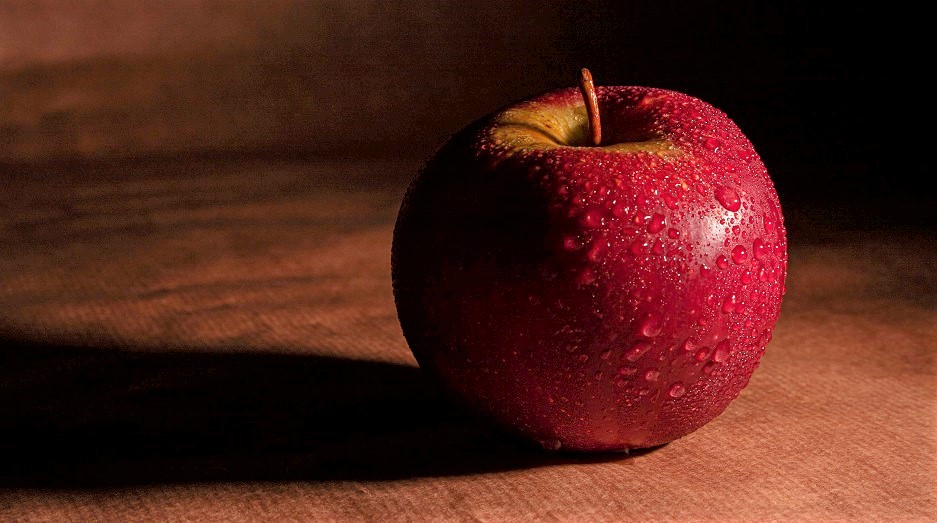 This was the message of a commercial on the news channel CNN shortly after the election of Donald Trump in 2016. It featured an apple.

The spot was widely discussed, sometimes satirised, which is a seal of approval. Today we realise how important truth is.

Because let's take a trip back to the time before Coronavirus. When people still shook hands, and most people would have mistaken aerosol for deodorant. If one had said at that time: "We are organising a conference on the topic of truth", then many would probably have thought of the US president again.

For example, when he claimed that the crowd at his inauguration was much bigger than Barack Obama's before, although all photos showed the opposite. His press spokeswoman commented: "We have alternative facts". George Orwell would have been delighted.

Less funny, because of their importance, are such claims about other issues. For example, is climate change also just "fake"? To claim that, has tangible ecological consequences. Nevertheless, people, including some Christians, fall for it. They even follow conspiracy theories that are typical for times of crisis.

And this summer, Trump had the footpath from his official residence to a church cleared by police force - to pose there with a copy of the Bible. As if he wanted to prove right the critics who claim that behind the Christian commitment to truth there is a claim to power.

And we, Christians, who still want to profess that "Jesus is the truth"? Are we sure? My answer: Yes, we speak of Jesus as the one truth. With conviction, and with good reasons:

1. Time shows how important the truth is

How do you think is the author of the following quote? "When it comes to solving real problems, the truth has a clear practical advantage: it works. An engineer who constructs a bridge based on untrue facts will almost certainly create a structure that later collapses. Truth is enormously useful".

This is from Spiegel, March 2020 (2). It is about the US government's pandemic management. The truth just makes a difference! Is the virus contagious, is a medicine effective? Of course, we often have incomplete information, we must correct ourselves, but we do that precisely because we are searching for truth.

That is why Christians are, actually, science friendly. Because they assume that Creation obeys laws and our intellect, although limited and fallible, is fundamentally constructed by God to track down these laws.

That is why there is also a success story of natural science, especially in Western culture, which was originally shaped by this Christian view. This runs counter to the popular idea that faith and science are necessarily in tension. But faith requires trust. The world is ordered by God, so we should and may explore it. More on this in the books of John Lennox (3).

That is why Christians should insist that there is a difference between true and false. This is essential, especially at this time, because - what would be the alternative? The philosopher Thomas Grundmann writes: "As soon as objective truth has been abolished as a point of reference or forgotten, there is no more room for a rational critique of attitudes and positions, because the question of legitimacy or correctness can no longer even be asked". (4)

Truth is important. So, we look for it, carefully, self-critically. This is nothing new.

2. Truth has always been indispensable

Out there in end frontiers of the empire: The local administrator and head of the military police is sitting in his overheated office, and an employee comes in. "There's another one they're fighting over. They say he claims to be a king". - "A king?!" Pilate laughs in disbelief.

Then Pilate stands before Jesus. This rabbi does not look dangerous, he does not carry a sword. His words are not easy to understand, yet clear; he seems to know exactly what he is talking about. Pilate: "So, are you now King of the Jews? "Jesus: "My kingdom is not of this world. If my kingdom were of this world, then my servants would fight. But my kingdom is not from here".

This sounds almost like common postmodern reservations: "truth" is only an instrument to assert our own interests. Or more cautiously said: truth is always perspective, subjective. And for sure: "We could be wrong". Every claim to truth is subject to error.

To this I say: Yes, we could be wrong (6). But does that mean that there is no truth? That would be self-contradictory. For in order to expose an error as such, one must compare it with a truth. Without truth there is no error.

The same is true of the proposition, "There is no universal truth". What about the sentence itself? Is the proposition true or untrue? Either way, it thereby cancels itself out. Radical relativism is always self-contradictory. That is why philosophy has been returning to a realist concept of truth for a while now. "Truth" means a reality outside and independent of our speaking and thinking.

And what about the Bible? It is sometimes explained that when the Bible speaks of truth, it speaks primarily in Hebrew, not abstractly. The Hebrew word for truth, ämät, first means faithfulness. It is true that truth in the Bible is never only theoretical. Something is true because God is reliable. But it is also factually accurate.

Faith in Jesus is more than just agreeing with true propositions, but it is not less than that. Certainly, my  marriage consists in more than just my faith in the existence of my wife. But without that faith, I could not be married. People spend whole lectures on proving the truth of a proposition like: ‘Jesus rose from the dead’. And there are people who find faith through such proofs. I am one of them. My life is far too precious to me to settle for anything less than reliable truth.

3. Jesus is also unique as truth

We are in Jerusalem; the city is seething. First the people had cheered Jesus. Now the tide is turning, danger is in the air. Jesus withdraws. He has long conversations with his disciples. His last words are the so-called farewell speeches (John 13-17).

He says: "I will come back and take you to be with me that you also may be where I am. You know the way to the place where I am going”. Thomas: "We don’t know where you are going, so how can we know the way?". Jesus: "I am the way and the truth and the life; no one comes to the Father except through me" (7).

"I am", two words like the tolling of a bell. This is how God presented himself to Moses: “I am who I am”. What does Jesus do to substantiate this claim? Does he hire Roman mercenaries and have the way to the temple cleared for him to pose there with a scroll? Does he emigrate to a Mediterranean island, pampered by the sun, and write a book: "The truth is within you"? No, he goes to the cross.

Afterwards, Jesus is condemned, mocked, beaten up, and he does not defend himself. Then he has to carry a heavy wooden cross through the city, through the crowd, to the rubbish dump at the gates of the city. There he is nailed to the cross, and dies, and passes through death, and does not fight back.

He confirms what was already foreseen in Isaiah (8). He does it differently than the rulers of this world, he does not answer violence with violence: "Behold, this is my servant (...) my chosen (...) He will not cry out nor shout, or raise his voice in the streets. A bruised reed he will not break, and a smoldering wick he will not snuff out".

This is the truth by which we live. This is the only truth we have to offer: a defenseless truth that does not trumpet, which can be ignored.

We might wish for something different: less indifference from the people we want to reach. Or less headwind, for example at universities and schools. Or to impress with a topic that ignites and fills the lecture halls. That has happened before and may happen again.

Jesus is uniquely true, and his truth is of unique quality. That means that, when we speak of him, we can only do it like him: so non-violent, defenseless, and self-confident. And as friendly, as clever, as witty, as willing to suffer and as surprising as he is. What can happen then is not foreseeable.

Matthias Clausen is a professor of evangelism and apologetics at the Evangelische Hochschule Tabor in Marburg, and theological consultant of the Institute for Faith and Science. Between 2000-2004, he was travelling secretary of the ministry SMD (IFES), and later university evangelist nationwide.

This text is the abridged and translated version of the SMD Autumn Conference paper. It has been published with permission of SMD.

6. See Geert Keil: If I am not mistaken. An Essay on Human Fallibility, Reclam 2019.

Published in: Evangelical Focus - Features - The truth, nothing but the truth