Just what was Peter talking about? 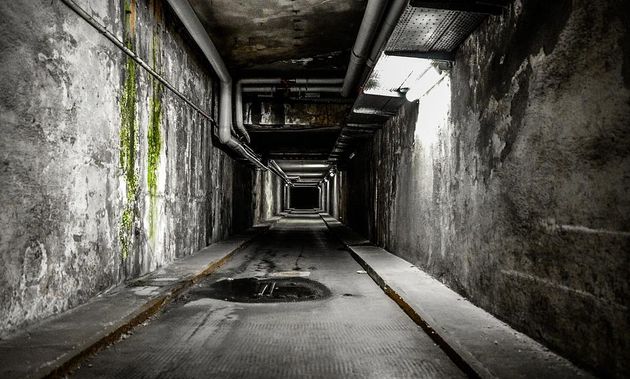 One of the toughest New Testament texts to interpret is 1 Peter 3:19-20.

What does it say?

“By which (or in which) also He went and preached unto the spirits in prison; which sometime were disobedient, when once the longsuffering of God waited in the days of Noah, while the ark was a preparing, wherein few, that is, eight souls were saved by water”.

Let’s get cracking with the interpretation.

First of all, how about a little bit of context? Peter –history’s most famous fisherman- pens his first epistle for the suffering saints in Asia Minor (an area you and I know as Turkey) in the sixties of the first century.

Before reaching 3:19-20, Peter is trying to help persecuted believers to overcome the dread of persecution. So in vv. 14-15 he reminds them of their blessed hope and of their need to fear the Lord more than their enemies. And in vv. 16-17 he explains the need of a having their conscience in peace with the Lord.

Then, in vv. 18-20, Peter proceeds to use two examples of suffering in days of persecution, namely, Christ and Noah. To this thorny subject we now turn.

“By which (or in which) also He went and preached unto the spirits in prison”.

The first two words –“by which” or “in which”- to what are they alluding? They reference back to the subject of the final clause of the previous verse (v. 18), namely, the Holy Spirit. The whole clause reads, “Being put to death in the flesh, but quickened (or made alive) by the Spirit: by which also He went...” 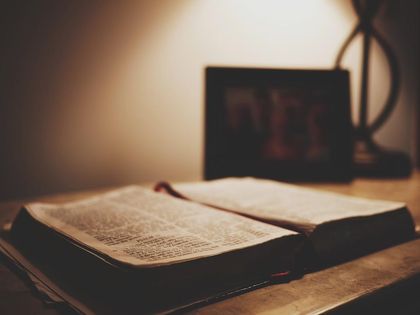 So far, so good! But now the problems start. Jesus went and preached in the Spirit unto “the spirits in prison”. What is Peter talking about here? We’ll have to fast forward to verse 20.

“Which sometime (in another time) were disobedient, when once the longsuffering (patience) of God waited in the days of Noah, while the ark was a preparing, that is, eight souls were saved by water”.

So, “the spirits in prison” in v. 19 were those who were “disobedient” in the days of Noah. Who was disobedient in the days of Noah? Everybody except for the eight folk that were saved in the ark! Noah preached the Word of God unto them as a good old-fashioned “preacher of righteousness” but no-one listened.

What happened to the disobedient? They were drowned in the great deluge that the Lord sent.

Peter’s first epistle is written a few thousand years after the flood. Those who disobeyed the Word of God in Noah’s day were no longer alive in the flesh. Therefore, Peter –in the first century AD- has no qualms in speaking of them as “the spirits in prison”.

The disobedient once walked the earth in their human bodies; but now, as they await the great Final Day of the resurrection of the just and the unjust, they are bound and abide under the hot wrath of the Almighty.

But how could Jesus go and preach to them if they had died thousands of years before His incarnation?

Well, Peter never says that Christ preached in the flesh. He states the Lord did so by means of the Spirit. According to 1 Peter 1:11, the Spirit of Christ announced, “beforehand the sufferings of Christ and the glory that should follow”. In other words, Christ spoke through the prophets by means of His Spirit.

2 Peter 1:21 tells us the same story: “The prophecy came not in old time by the will of man: but holy men of God spoke as they were moved by the Holy Ghost”. 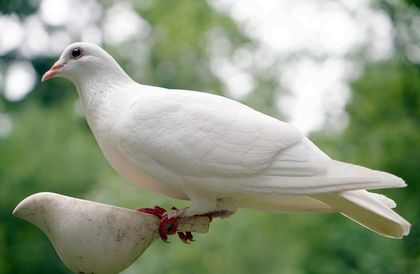 In each case, Peter is telling us that although Jesus had not yet come to earth in physical form, He spoke repeatedly by means of the prophets. And this is exactly what is happening in our verse (v. 20). How did Jesus speak to the disobedient men and women in the days of the ark? By means of Noah, of course! Noah was the mouthpiece of the Spirit of God.

“And the Lord said: My Spirit shall not always strive with man, for that he also is flesh: yet his days shall be 120 years” (Genesis 6:3). Perhaps this text means that the Lord used Noah to preach repentance for 120 years before sending the flood. But what is crystal clear is that the Spirit of the Lord was at work in the days of Noah the prophet.

A natural way to interpret these couple of verses, then, would be that the Lord Jesus preached through Noah to the sinners before the flood came.

All this makes sense when we hop back into the immediate context of the verses. Peter is encouraging persecuted saints to be strong in the Lord. By means of the example of Noah, the people of God in Asia Minor could understand that their tough situation was by no means new. They were not the first folk on earth to suffer for preaching the Word of God.

God’s people are always a remnant. Only eight were saved in Noah’s day. And so it should come as no surprise to true Christians to realize that the vast majority of Adam’s children are going to reject the Word of the Lord.

Once read in its persecution-related context, 1 Peter 3:19-20 isn’t all that difficult to understand. There is no inkling of Christ visiting a mysterious Purgatory-like underworld. What Peter is saying is that Christ’s disciples should be bold because it forms part of the package of Christian faith to be rejected and ostracized by the world at large.

As Christ preached His Word through the mouth of Noah in Genesis, so He spoke powerfully through Peter to guide and uplift His afflicted church. And even to this very day, the Lord still desires to speak through His redeemed people so that many more sinners can come into the ark of salvation.

1
Yusra Mardini: A Syrian Christian refugee at Rio Olympic Games
2
Pre-Millennialism, Post-Millennialism or Amillennialism?
3
Ecuador offers goals to God at Qatar World Cup
4
Olivier Giroud: “Sharing my faith, a fantastic experience”
5
10 differences between Martin Luther and John Calvin
AREOPAGO PROTESTANTE uses “COOKIES” in order to guarantee the proper functioning of our website, improve its security, obtain better efficiency and personalisation, collect statistical data and show you relevant advertising. Click “OK” to authorise its use . If you reject the use of “cookies”, AREOPAGO PROTESTANTE cannot guarantee the functionality of the website. Learn more about our COOKIES POLICY at the bottom of the page.