US: One in four Protestant churchgoers works at least one Sunday a month

A Lifeway study analyses whether it would be good for those who have to work on Sundays if worship services took place on another day. 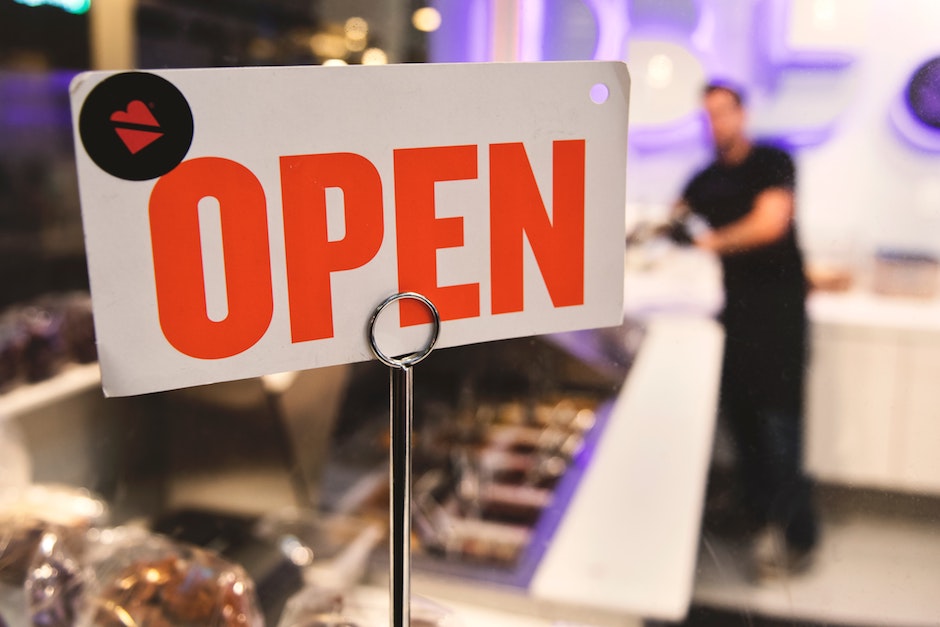 The rise of the service sector has opened the door to working days extending to weekends including Sundays, something that was not very common in the past.

This change also affects churches, many of which hold their main worship services on Sundays. A Lifeway Research study, with data from the United States, shows that one in four Protestant churchgoers in the country misses at least one Sunday a month due to work.

According to a study published by the organisation, among those who attend Protestant church services in the United States and have a job, 64% never have to work on Sunday mornings.

However, for 4% their job requires them to work at least once a year; 7% work few times a year; another 7% say once a month; 10% two or three times a month; and 8% work every Sunday.

Young, Hispanic and African-American people, the most affected

There are some demographic groups that are more likely to work on Sundays, “including many that churches are struggling to reach”, points out the study.

Up to 42% of the 18- to 34-year-old employed churchgoers say they have to go to work at least one Sunday a month. Those with higher education attend worship services more often.

Furthermore, 32% of African American and 31% of Hispanic employed churchgoers also miss at least one service each month because of their jobs, while the figure drops to 20% among white churchgoers with a job. And “those who attend smaller churches (less than 100 members) are more likely to work occasionally on Sunday mornings”. 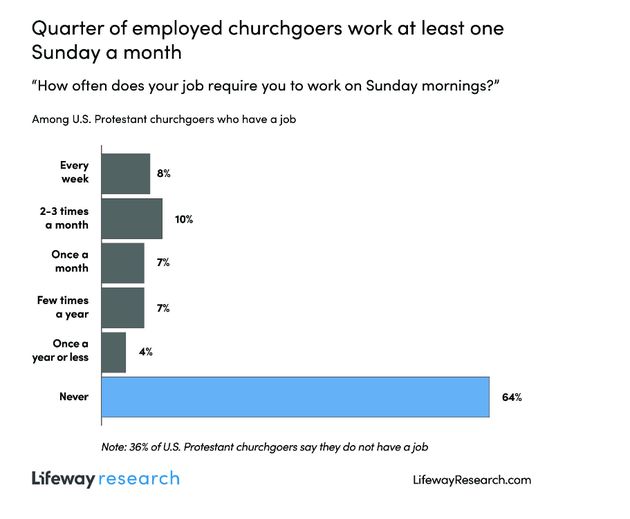 8% of employed churchgoers in the US work every Sunday. / Lifeway Research.

Looking for another day?

“When a local body of believers cannot all meet together, it is missing out on its purpose”, points out Scott McConnell, executive director of Lifeway. “While a traditional Sunday morning meeting time works for most, it is not possible for all to attend”, he adds.

Some churches have already begun to think about changing the day of worship to the day that suits the majority of the congregation, because “it may provide opportunities for growth”, says Lifeway survey.

That is the case of the community pastored by Joby Martin in Jacksonville (Florida), which, although it didn’t plan on having a worship service on a different day, it has moved its main service to Thursdays while meeting on the premises of another church.

“Because of other things happening at the church at the time, Thursday night was the only option available. It was an accident, but God breathed on it”, recalls pastor Martin.

He explains that they “did not want to do Saturday because at that point I had a young family, and they would end up despising a Saturday service because we would never get a day with family”.

The main question addressed by Life way is whether finding new days allows churches to broaden their impact in their immediate surroundings. The members of the Jacksonville church “are very excited to open more opportunities for more people to hear the gospel”, stresses Martin.

According to a survey also conducted by Lifeway in 2018, 56% of Protestant churchgoers in the United States think that the biblical commandment to take one day of rest per week is still valid today.

Seventy per cent of those interviewed said that day was Sunday, while 6% thought it was another day and 23% said they did not take any day of rest during the week.

Published in: Evangelical Focus - life & tech - US: One in four Protestant churchgoers works at least one Sunday a month