After fleeing Syria for religious reasons, and survive a shipwreck, swimmer Yusra Mardini is part of the Refugee Olympic Team. 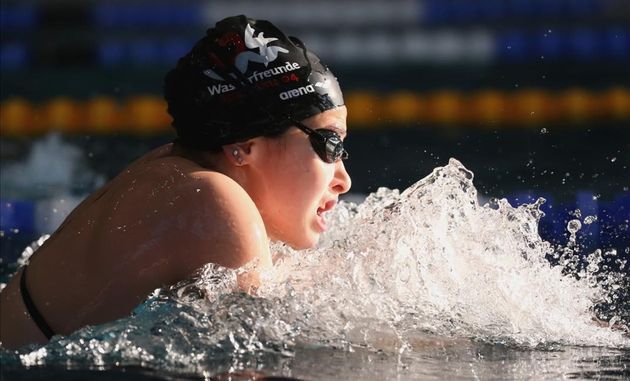 Yusra Mardini won her heat in the 100 metres butterfly.

Yusra Mardini fled Syria almost a year ago and is now part of a special refugee team at the the Olympic Games in Rio..

Mardini, only eighteen years old, was born in a Christian family of Damascus, where she stood out for its excellent academic results and started to swim, with the support of the Syrian Olympic Committee.
In 2012, her work and talent led her to participate in the World Swimming Championship in three different disciplines, and everything pointed to her presence in future swimming comprtitions.

DIFFICULT ESCAPE
However, because of the civil war in Syria, Mardini and her sister Sarah fled their Christian community in Damascus, during the summer of 2015. They arrived in Turkey, where they managed to get into a boat with about twenty refugees, although the boat was ready to carry just six people.
During the trip, the boat's motor broke down, leaving them stranded. At that time, Yusra decided to jump into the water and push the boat until they could find help.
Three hours later, the boat driven by her and three other refugees, came to Lesbos. Syrian swimmer and her three companions, in a heroic act, managed to save their own lives and those of almost twenty people.

RIO 2016
Yusra and her family now live in Berlin, where they managed to settle after traveling around Europe for several days. She is back to training with the Wasserfreunde Spandau 04 swimming club. Seeing her potential, they expected Yusra Mardini could reach the 2020 Tokyo Olympics.

But her fast enhancement and hard work, have enabled the young swimmer to be in the Olympic Games in Rio, where she competes in the Refugee Olympic team. 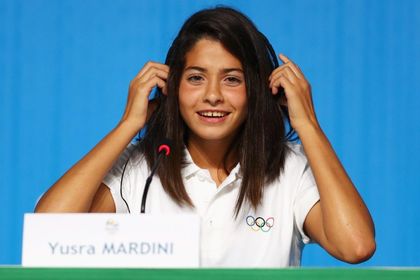 "I JUST WANTED TO COMPETE"
The 18-year-old was the first member of the 10-strong Refugee Olympic Team to compete in Brazil, winning her heat in the 100 metres butterfly.

Her time of one minute 09.21 seconds was not enough to earn her a spot in the top 16 and qualify her for the semi-finals, but her participation, less than a year after she risked her life by jumping into the Aegean Sea to help push a sinking boat of 20 migrants to safety, has become one of the most inspiring tales of the Games.

"Everything was amazing," said Mardini. "The only thing I ever wanted was to compete in the Olympics. I had a good feeling in the water so I'm happy for that, competing with all these great champions is exciting", she added.