Pope will celebrate ‘unity’ with Lutherans on Reformation Day

Catholic and Lutheran leaders will commemorate the Protestant Reformation in Lund, Sweden, on October 31. “Risk of elevating unity to the absolute principle”, evangelical Vatican expert warns. 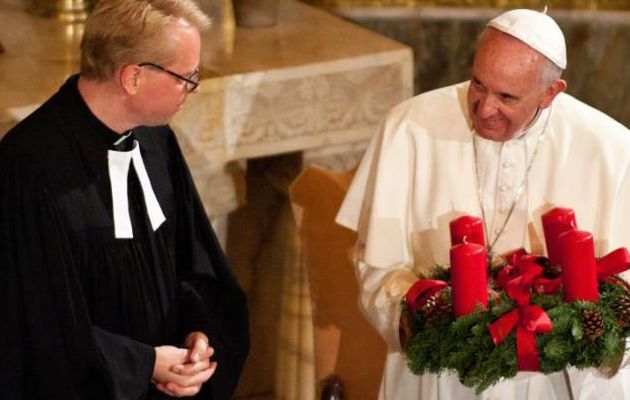 Pope Francis will lead an ecumenical commemoration of the Protestant Reformation in Lund (Sweden), alongside Bishop Munib Younan, president of the Lutheran World (LWF) Federation, and the Rev. Martin Junge, federation general secretary, said a joint press release by the Pontifical Council for Promoting Christian Unity and the LWF.

The announcement was timed for the end of the annual Week of Prayer for Christian Unity (not to be confused with the WEA Week of Prayer), which Francis concluded at a vespers service Monday evening with Protestant and Orthodox church leaders in which he asked forgiveness “for the sins of our divisions.”

He added that “when together the Christians of different churches listen to the word of God and try to put it in practice, they achieve important steps toward unity.”

The ceremony on October 31 will be held in Lund cathedral and "will include a common worship based on the recently published Catholic-Lutheran 'Common Prayer' liturgical guide", the press release said.

The “Common Prayer” document was published on January 11, and it is the first jointly developed liturgical material prepared by a task force made up of representatives of the Lutheran-Catholic Commission on Unity.

2017 will also mark the 50th anniversary of the start of an international dialogue between Roman Catholic and Lutheran theologians. 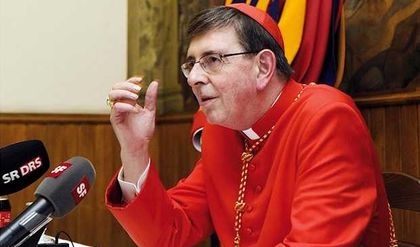 As a result of that dialogue, the “Joint Declaration on the Doctrine of Justification” was released in 1999, which established a common understanding on core questions about sin and salvation. The World Methodist Council also accepted the document in 2006.

Rev. Martin Junge, General Secretary of the Lutheran World Federation, said in a statement that the federation "is approaching the Reformation anniversary in a spirit of ecumenical accountability."

"By concentrating together on the centrality of the question of God and on a Christocentric approach, Lutherans and Catholics will have the possibility of an ecumenical commemoration of the Reformation, not simply in a pragmatic way, but in the deep sense of faith in the crucified and resurrected Christ", Cardinal Kurt Koch, Pontifical Council president, commented in the press release.

In April 2012, Cardinal Kurt Koch said the Reformation was no occasion for celebration, for the Catholic Church “cannot celebrate a sin.” Later, he reaffirmed this idea in 2014. 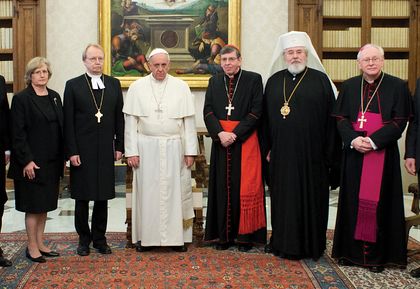 AN EVANGELICAL VIEW OF THE INITIATIVE

The event in Lund is related to the document “From Conflict to Communion”, a 90-page joint statement between the Vatican and the Lutheran Federation, that attempts to summarise the Reformation in the XVI century, the controversies that arose, and the ecumenical re-interpretation of the whole in light of pressing ecumenical concerns.

The document states that “Catholics and Lutherans should always begin from the perspective of unity and not from the point of view of division in order to strengthen what is held in common, even though the differences are more easily seen and experienced”.

But, as evangelical theologian and Pastor Leonardo de Chirico said in an article on Evangelical Focus, “there is the risk of elevating 'unity' to the absolute principle, a little 'god' claiming pre-eminence. Perhaps this is the ecumenical 'idol' of the day that needs to be addressed in a 'protestant' way, i.e. recasting unity under the Word of God and not the other way around.”

He argues that “in today’s ecumenical world, when unity is in danger of being idolized, it takes courage to affirm that the Bible stands over tradition and the church, that Christ is the only mediator, that grace is all you need for your salvation, and that God is a jealous God.”

Only then “the Reformation will be adequately celebrated. Otherwise, it will only be commemorated”, De Chirico concludes.