The campaign is “about breaking down barriers and challenging misconceptions” during Ramadan (6 June- 6 July), Islamic Relief said. In November, a Church of England video featuring the Lord’s prayer was banned from cinemas. 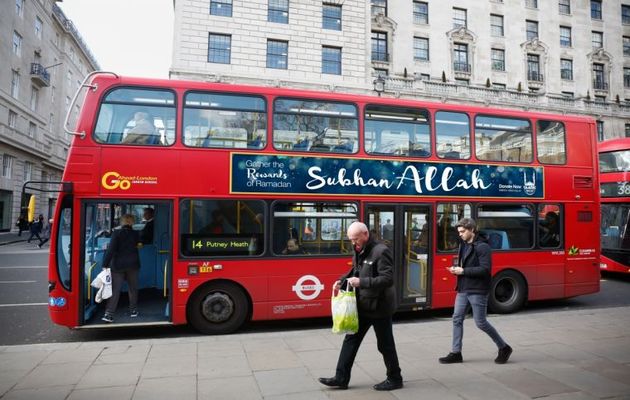 'Praise Allah' adverts will be display during Ramadan

Buses with banners bearing the slogan "Subhan Allah" ("Praise Allah") will begin circulating in the United Kingdom next month.

The UK's biggest Muslim charity, Islamic Relief, will launch the bus ad campaign on May 23 with posters on 180 buses in London for two weeks, ahead of Ramadan's start on June 6.

It will then return for the last two weeks of the fast on June 20 with 180 buses in London and 460 more in Birmingham, Manchester, Leicester and Bradford.

“PORTRAY ISLAM IN A POSITIVE WAY”

Islamic Relief said it hoped the posters, which bear the words “Subhan Allah”, meaning “Glory be to God” in Arabic, will portray Islam and international aid in a positive light.

“We want to change for the better the perception of Islam. The bus campaign is about breaking down barriers and challenging misconceptions”, Imran Madden, a British convert to Islam and director of Islamic Relief’s United Kingdom Branch said.

The campaign comes as London has just elected Sadiq Khan as the city’s first Muslim. The capital is home to about half of Britain's estimated three million Muslims. 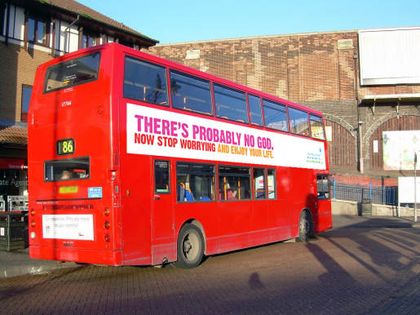 “WE SEEK TO HELP”

The charity's Head of Communications Martin Cottingham, who is a Christian, told Christian Today that "this is a fundraising appeal aimed at the Islamic community at a time when Muslims are particularly generous.”

"Although the organisation is inspired by Islam, its practices are humanitarian. It is not a proselytising organisation, it is a humanitarian one that seeks to help people without discrimination to faith", he explained.

Islamic Relief aims to raise more than £11 million this year, up to half of which is expected to be raised around Ramadan.

Comparisons have immediately been made by a number of Christian commentators to the Church of England's 'Just Pray' advert, which was banned by the Digital Cinema Media (DCM), which claimed they had “a policy of not accepting 'political or religious advertising' content for use in its cinemas.”

The ad, which showed the Archbishop of Canterbury and other people reciting the Lord's prayer, was banned in some of the biggest cinemas in the United Kingdom including Odeon, Cineworld and Vue. 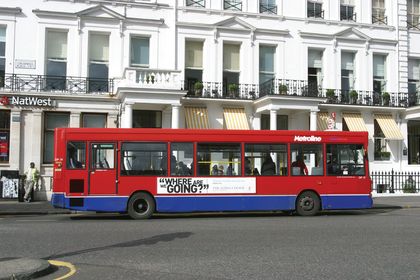 Cottingham said that none of his Muslim colleagues were offended by the "Just Pray" ad, they even “welcomed advertising about the importance of prayer, and did not believe the ad should be banned."

OTHER CAMPAIGNS IN UK PUBLIC TRANSPORT

Transport for London, which regulates the advertisements appearing on the city’s buses, does not allow posters linked to a “political party or campaign” but does not prevent religious ads.

In 2008 the 'Atheist Bus Campaign' was in buses throughout UK, with messages like : "There's probably no god. Now stop worrying and enjoy your life."

Well-known Alpha courses have also been advertised in the streets very often.