Several studies show a “scandalous fall” of the age of those who pay for sex in Spain. “They see it as fun, and prefer not to know if the women are victims of trafficking.” 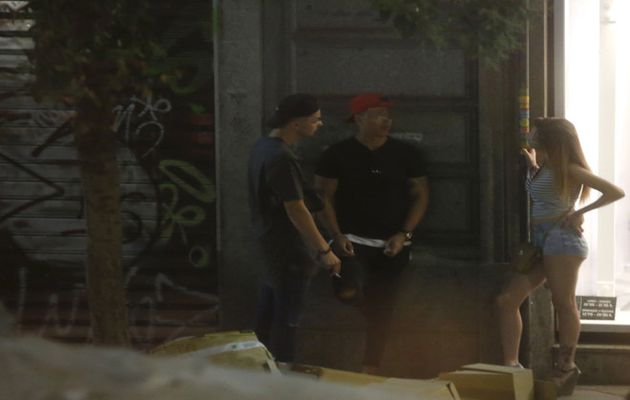 It is increasingly common for groups of kids to turn to prostitutes as mere entertainment. / El Mundo

Spain is the third country of the world with the largest demand for paid sex and the first in Europe since 2008. But what is new is that more and more young people have become sex consumers.

“SCANDALOUS FALL OF THE AGE OF SEX CLIENTS”

Police representatives have warned about the "scandalous fall" of the age of those who pay for sex. "We usually imagine that clients are men of 50 or 60 years, but the reality is that the customer is much younger, 19 or 20 years old", Chief Inspector Jose Nieto, head of the National Police Intelligence Center for Risk Analysis, told Spanish newspaper El Mundo.

"Young people´s habits are changing a lot and very quickly. It is increasingly common for groups of kids, to turn to prostitutes as mere entertainment. For them, paying for sex is normal, just like consuming alcohol and marijuana”, explained Luis Mariano Garcia Vicente, a professor of Social Work at the Complutense University of Madrid, and co-author of the study An approach to the prostitution consumer´s profile in Madrid.

89% OF THE STUDENTS SUPPORT PROSTITUTION

In 2014, García Vicente and other researchers conducted a survey among male students of Economics, Law, Social Work and Psychology. They chose these 4 degrees because they thought some were related with positions of power, and others are disciplines that deal with prostitution.

About 20% of respondents stated that there would be absolutely no problem in using the services of prostitutes and would be willing to do so. According to the same study, 89% of youngsters were in favor of the regularisation of the prostitution.

“THEY CONSIDER IT A FUN”

"Young people go to brothels to have a drink and often end up together in the same room with a prostitute. If they do not have enough money, they draw lots to decide who goes with her”, said Maria Jose Barahona, also a professor of Social Work at the Complutense, one of the greatest experts in the study of prostitution in Spain, with over 20 years of experience.

She has seen 14 and 15-year-old boys looking for prostitutes: "This has become a standardized behavior, so it does not cause them any reflection or ethical debate They consider it a fun, and they prefer not to know if the women are victims of trafficking or not.”

MORE YOUNG SEX ADDICTS
Fernando Botana, therapist and director of a center in Madrid who spent 25 years treating addictions, told El Mundo that “we hardly had young patients before, they first arrived three years ago and now about 30-40% of all people we treat for sex addiction are 22 and 24 years, so they started with 16 or 17. They are usually kids who are addicted to pornography and sexual encounters, they have about 600 euros a month and spend it all on prostitutes."

This psychologist has also found that whoring has become a youth trend: "Adolescence is a period in which the youth acquires its identity, and that identity is given by the group. Going to brothels has become a hallmark. Botana warned: "This habit may seem not serious, but at that age, it can greatly destabilise them".

"The kids who use prostitutes often have a lack of emotional skills. Paying makes you feel valued, increases your self esteem and your sense of worth, because you pay a woman who is put at your service", Fernando Botana pointed out. Barahona agreed and added that this "makes it clear that we have made little progress in gender equality, because prostitution is what most starkly shows the social place of women".

TO LEGALISE PROSTITUTION
The Spanish Center for Sociological Research (CIS in Spanish) has conducted a total of three surveys addressing the issue of prostitution, in 1986, 1994 and 2008, which reveal how the attitude of the Spaniards towards prostitution has gradually softened over the years.

In the last survey, about 80% "'very or somewhat agrees' that prostitution is inevitable, therefore, it should be legalised.”