Influential evangelical leaders issue manifesto: “Is the Reformation over?”

“The issues that gave birth to the Reformation five hundred years ago are still very much alive in the twenty-first century for the whole church”, says a document published ahead of the 500th anniversary. More than 50 evangelical leaders have signed it. 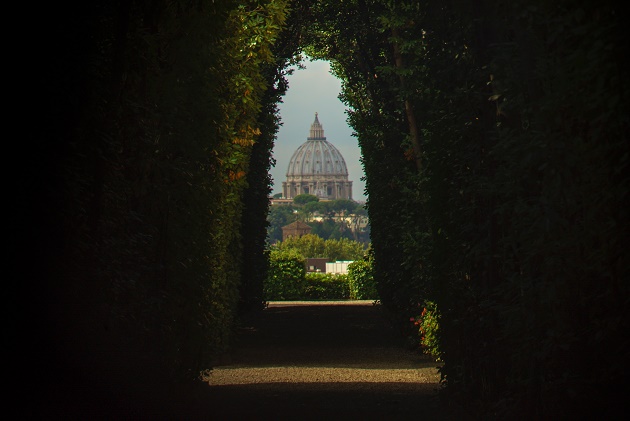 A view of the Vatican. /Photo: Galen Crout

On Monday, a manifesto entitled “Is the Reformation Over? A Statement of Evangelical Convictions” was issued. The document (read here) is a response to the approach between the Roman Catholic Church and some Protestant and Evangelical churches and organisations.

The document propelled by the Reformanda Initiative says: “On the eve of the 500th anniversary of the Protestant Reformation, Evangelical Christians around the world have the opportunity to reflect afresh on the legacy of the Reformation, both for the worldwide church of Jesus Christ and for the development of gospel work”.

“The ecumenical friendliness of recent times has created ripe conditions for some leaders in both camps to claim that the Reformation is all but over – that the primary theological disagreements that led to the rupture in Western Christianity in the sixteenth century have been resolved”.

The active role of Pope Francis in the Joint Ecumenical Commemoration of the Reformation in Lund (Sweden) next Monday (31st October) and the activities to pursue “unity” and “reconciliation” in Germany between the Protestant Church (EKD) and the Roman Catholic Church could be examples of this.

The document says: “While the fact that dialogue has replaced persecution is something to be thankful for, the question remains: Have the fundamental theological differences between Catholics and Protestants/Evangelicals disappeared?”

“The Protestant Reformation was ultimately a call to (1) recover the authority of the Bible over the church and (2) appreciate afresh the fact that salvation comes to us through faith alone. These theological differences remain to this day”.

The text goes on to give examples of key doctrines of the Roman Catholic Church which still collide with Martin Luther’s criticism 500 years ago.

“It was the theology of indulgences that triggered the Reformation, but this system has been invoked most recently by Pope Francis in the 2015-2016 Year of Mercy. This shows that the Roman Catholic Church’s basic view of salvation, which is dependent on the mediation of the Church, the distribution of grace by means of its sacraments, the intercession of the saints, and purgatory, is still firmly in place”.

The document also comments on the veneration of Mary and the fact that in the Roman Catholic Church “tradition precedes the Bible, and is not revealed through Scripture alone but through the ongoing teaching of the Church and its current agenda”.

The initiatives to renew aspects of Catholic life and worship “do not indicate, in themselves, that the Roman Catholic Church is committed to substantive reform in accordance with the Word of God.”

Although it dismisses ecumenism, the document specifically encourages collaboration with Catholics: “In our global world, we encourage cooperation between Evangelicals and Catholics in areas of common concern, such as the protection of life and the promotion of religious freedom. This cooperation extends to people of other religious orientations and ideologies as well. Where common values are at stake regarding ethical, social, cultural, and political issues, efforts of collaboration are to be encouraged.”

However, “when it comes to fulfilling the missionary task of proclaiming and living out the gospel of Jesus Christ to the whole world, Evangelicals must be careful to maintain clear gospel standards when forming common platforms and coalitions.”

The authors also admit that there are believers “who respond to God’s gospel by living as Christian disciples seeking to know Christ and make him known” inside the Roman Catholic churches. 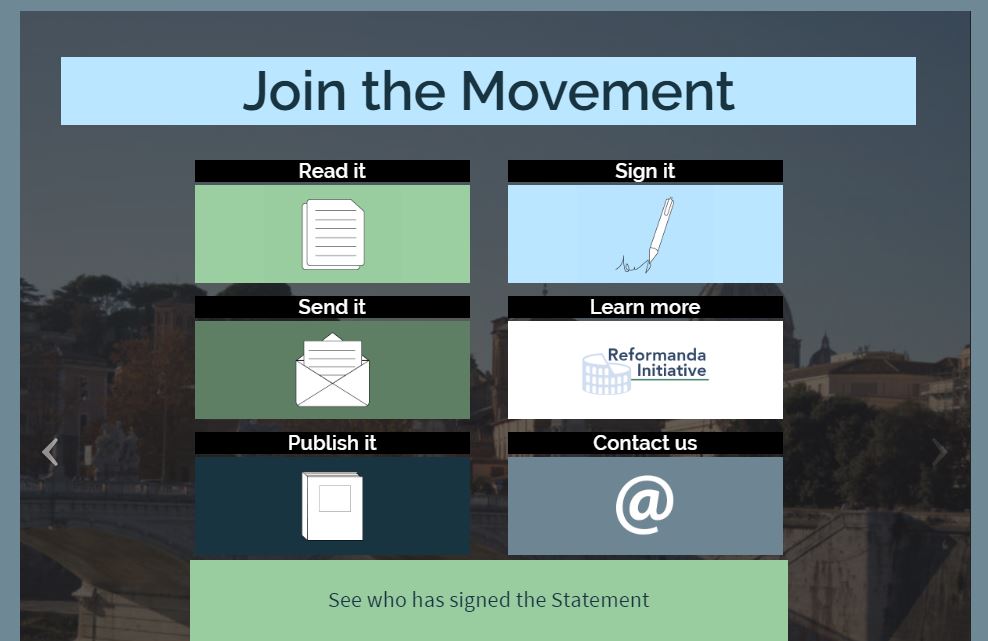 “THE REFORMATION IS NOT OVER”

The signatories conclude by saying that “the position we have articulated is a reflection of historic Evangelical convictions with its passion for unity among believers in Jesus Christ according to the truth of the gospel.”

“The issues that gave birth to the Reformation five hundred years ago are still very much alive in the twenty-first century for the whole church. While we welcome all opportunities to clarify them, Evangelicals affirm, with the Reformers, the foundational convictions that our final authority is the Bible and that we are saved through faith alone.”

The document has been signed by more than 50 evangelical theologians, church leaders, leaders of key evangelical institutions. See full list of signatories here.

You can download the document “Is the Reformation Over? A Statement of Evangelical Convictions” in English, Italian, Slovakian and Spanish.

For more information, visit the “Is the Reformation over?” website.