Corruption continues to be a significant problem worldwide

More than 60% of the 176 countries analysed have serious corruption problems. This year, the index highlights the connection between corruption and inequality. 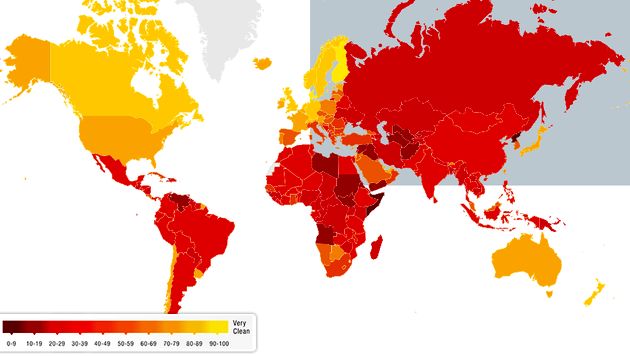 Transparency International has published the 2016 Corruption Perceptions Index  , in which it analyzes the situation of corruption worldwide.

Over two-thirds of the 176 countries and territories in this year's index, fall below the midpoint of the scale of 0 (highly corrupt) to 100 (very clean). The global average score is 43, indicating endemic corruption in a country's public sector.
At the top of the ranking are the countries with the lowest incidence of corruption: Denmark, New Zealand, Finland, Sweden, Switzerland, Norway, Singapore, the Netherlands, Canada and Germany are the top ten countries.
The most corrupt countries according to the index are Somalia, South Sudan, North Korea, Syria, Yemen, Sudan, Libya, Afghanistan, Guinea-Bissau, Venezuela and Iraq.

THE CORRUPTION CONTINUES IN EUROPE

There are no drastic changes in Europe in the Corruption Perceptions Index 2016. However, this does not mean that the region is immune from corruption. The stagnation does not indicate that the fight against corruption has improved, but quite the opposite.

High-profile scandals associated with corruption, misuse of public funds or unethical behaviour by politicians in recent years, has contributed to public discontent and mistrust of the political system.

Transparency International believes that “in many countries of the region, insufficient accountability has generated a perception of quasi-impunity of political elites, and the current wave of populism over Europe seems to enable legalisation of corruption and clientelism, feeding the extreme power of wealthy individuals that steer or own the decision making power.”

“In too many countries, people are deprived of their most basic needs and go to bed hungry every night because of corruption, while the powerful and corrupt enjoy lavish lifestyles with impunity”, José Ugaz, Chair of Transparency International, points out.

THE RISE OF POPULISM

The interaction between corruption and inequality also feeds populism. Increasingly, people are turning to populist leaders who promise to break the cycle of corruption and privilege. 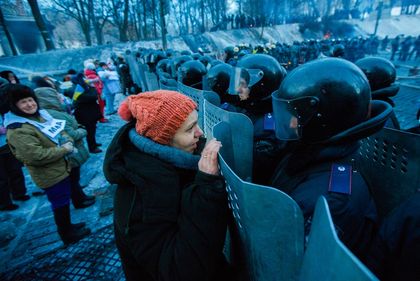 But, according to Transparency International, “this is likely to exacerbate – rather than resolve – the tensions that fed the populist surge in the first place.

“NO COUNTRY IS IMMUNE TO CORRUPTION”

But high-scoring countries can't afford to be complacent, either, because “higher-ranked countries are not immune to closed-door deals, conflicts of interest, illicit finance, and patchy law enforcement that can distort public policy and exacerbate corruption at home and abroad.”