Glynn Harrison explains how pornography draws us into addictive behaviours, and needs be tackled in the context of a more positive - truly biblical - vision for developing a healthy sexuality. 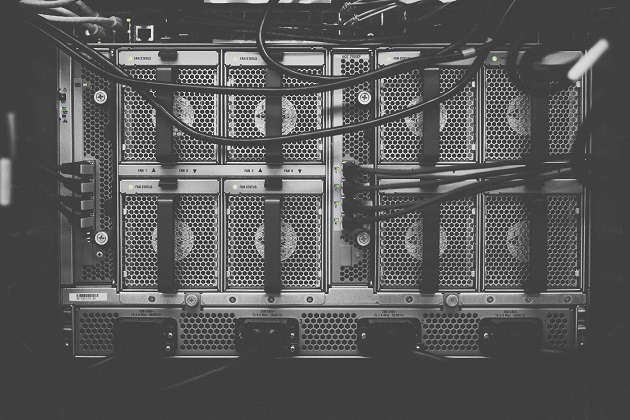 We live in a ‘pornified’ culture with big implications for discipleship and Christian formation.

One of its biggest dangers, according to British psychiatrist and author Glynn Harrison, is that “it creates an illusion of control, because it delivers access to sexual stimulation so quickly and so easily”.

“The Bible has a number of ways of helping us see how pornography is a distortion of the capacity for love that God gives us”, Harrison says.

According to Harrison, pornography “plays with the human heart and draws us to patterns from we find it hard to break free”.

“All people who have become involved with pornography need to take ownership of what they did. Then it comes confession and repentance”, points out Harrison in an interview during with European Leadership Forum in Wisla (Poland).

However, “people usually jump to a kind of counselling approach or to an accountability approach, before they fully own, confess and repent of this process”.

Harrison believes that “we need to be captured by a better vision”, because “the problem with many accountability approaches to pornography is that we end up thinking that we need to do less of something, that we need to think less about sex”.

“But we really need to think about sex better, in the sense of having a truly biblical understanding of what sex is [...] to honor God in my body, in a way which brings Him pleasure, and it brings a flourishing life to me and my family”, he concludes. 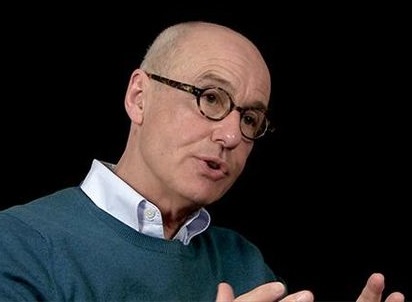 Question. Why is pornography such a serious problem today?

Answer. First, it is simple the scale of its use, based on its readiness of access. One study suggest up to of 70% of young adults access pornography once a week.

This data vary depending on the methodology, but there is no doubt that this is a huge problem. Another study suggest that 40% of sixty-year-olds have viewed at least once in the past month.

Christians have a lot to think about how we have brought our children up in shame, ignorance and fear about being made sexual in the past.

What the sexual revolution has done in response to that, is to pornography childhood, and the reality is that most children, the vast majority of them, enter into the knowledge and the experience of what sex is through the educated medium of pornography. And that is a big problem.

Then we have the harmful effect of that impact: pornography creates an illusion of control, because it delivers access to sexual stimulation so quickly and so easily. All of the normal means by which we are part of love-making: courtship, getting to know someone, the act of love-making and mutual arousal, it just bypasses all that.

This creates for the human heart an illusion of control: it is easy, it is manageable, nobody gets a headache, no feelings to think about, no difficulties.

That in itself delivers an addicted response, everyday becomes easier to press the button, and it harms normal sexual relationships, because in comparison to this ‘fast food’ pornography, it seems so hard work.

Q. How can both the Bible and psychology help us understand the lure of pornography?

A. Looking at the Bible, I think the best lens to understand pornography through is the biblical lens of idolatry, using the things of God´s creation, often good in themselves, for the wrong purpose.

The roots of sin explained by Paul in Romans 1:21-22: instead of giving thanks to God, returning glory to Him, we take the good things of His creation, and we make idols of them.

Pornography is a distortion of something that is fundamentally good: the pursuit of love, desire, pleasure. God loves those things, but it is pursued in the wrong place, in the wrong way, out of God´s will.

That is what our heart desires. You are to make the rules knowing good and evil, you are in charge, you set the boundaries. And pornography, because it puts you in control, makes you press the button, it appeals to our sense of being God-like in our sexuality.

The Bible has a number of ways of helping us see how pornography is a distortion of something that God gave, our capacity for love.

Psychology also gives us a useful lens for understanding pornography and how addicted it can be, as does biology.

We know, for example, that those human appetites that help us ensure our survival (our desire for food, water, or sex) are related to systems in the brain that reward behaviours with pleasure. And that is part of how we survive as human beings, because we are disposed biologically to do certain things that help us flourish.

Pornography plays with those systems, particularly those that have to do with dopamine and endorphins, by giving such an explosive and sudden reward to the brain, that those systems are ratcheted up and give an addicted response, so that we want more, we seek more.

It is rewarding in itself, it does stimulate us sexually. We are created in a way that that is pleasurable and it rewards certain patterns of behaviour, sets them in motion, consolidates and strengthens them in ways that we find it hard to break free.

Pornography plays with the human heart and draws us to patterns from we find it hard to break free.

Q. How can a Christian be redeemed from pornography?

A. I think there are two things that all people who have become involved with pornography (and that is many, many Christians at some level) need to bear in mind and to do.

The first is to take ownership of what they did. When I talk to people who struggle with this, they often use the word “zone”. They say: “It is like going into a zone”, it is a cutting-out from who I am into a somebody else. They describe a zone in which they cut themselves off from other aspects of their mental life.

It is quite important that we take ownership of who is in that zone, because it is tempting to speak about it as it was somebody else, and it is not “that person”. It is you the one who is doing this, and you have to take emotional, personal ownership of what is happening.

What I do in this kind of pastoral care, is I lead somebody into a full sense of personal ownership. I get them talk about who they are, what their family is, what their circumstances are, and then what this person is doing in that pornography zone, looking at these women. Who they are? What their story might be? So we humanize something that is usually very inhuman.

Then it comes confession and repentance. It is important that we spend time bringing this zone into our experience of Christ love and forgiveness. People usually jump to a kind of counselling approach or to an accountability approach, before they fully own, confess and repent of this process.

The second thing is: we need to be captured by a better vision. The whole point about pornography is that it is less, it is a distortion of something, and we need to get a picture again of what more means.

It is really important that we do not reduce all of this to an accountability approach, but help develop the heart around what I do do, what it makes me to be sexual in the image of God, to honor God in my body, in a way which brings Him pleasure, and it brings a flourishing life to me and my family.

Glynn Harrison was formerly Professor and Head of Department of Psychiatry, University of Bristol, UK, where he was also a practicing psychiatrist.

Now, as an author and speaker, he is interested in issues at the interface between biblically-based faith and psychology, neuroscience, and psychiatry, as well as wider issues of culture and Christian worldview.

His most recent book, A Better Story: God, Sex and Human Flourishing, turns a critical eye to the sexual revolution.

Published in: Evangelical Focus - life & tech - “Pornography is a distortion of the capacity for love that God gives us”