Assiste suicide is supported by a larga majority of the Congress. In 2011, the Evangelical Medical Union sent a report on euthanasia to the government. 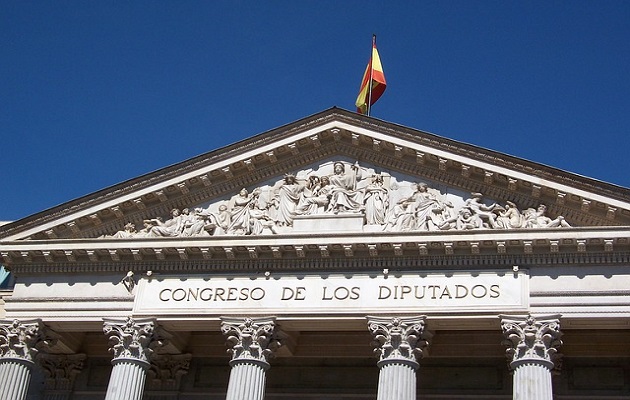 Euthanasia has been debated in the Spanish Parliament four times during the last decade.

The discussion goes back to 1995, when it was approved to punish the collaboration in the death of another person with up to 10 years in prison, according to the article 143.4 of the Penal Code.

Since then, the political discussion has focused on that punitive character of euthanasia and the way in which it should be regulated.

Practically half of the Spanish regions have created their own legislation on assisted death, based on the Patient Autonomy Law of 2002. In the other half of the regions, euthanasia has not yet been regulated.

The debate has once again reached Congress after the admission of a Bill that decriminalises euthanasia, which comes from the Parliament of Catalonia, where it was approved in July 2017 with votes in favor of all parties, except the Conservative Popular Party (PP) that voted against it, and the abstention of Liberal party Ciudadanos.

Last week something similar happened again, when almost all the parties gave their yes to the measure, except for the PP that voted “no” and Ciudadanos that abstained.

Ciudadanos (the party leading the opinion polls at the moment in Spain) presented their own draft of a Law of Dignified Death, which is pending in the Congress. The Medical Collegiate Organisation has supported this proposal by saying that of the 120,000 terminally ill who die in Spain each year, half do so without palliative care and suffering.

The Social Democrat party PSOE also presented a proposal for the regulation of euthanasia, claiming that it is a right which has to be financed as a common service of the National Health System.

In 2011, in response to the preliminary draft of the Law regulating the rights of the person before the final process of life, representatives of the Spanish Evangelical Alliance (AEE) and the Evangelical Medical Union (UME) published a statement and sent a report to the government.

In the document, they defined the proposals about euthanasia as “reductionist, because when they talk about what a really comprehensive care means to the terminally ill patients and their families -which can not be left out in this process-, they just focus on palliative sedation, ignoring the professional medical societies that have described (with abundant scientific evidences) all the possible actions that entail an adequate control of pain”.

The AEE and the UME were also concerned because the medical opinion was being ignored in phases of the treatment of the patients.

“Disregarding the clinical assessment issued for a specific case is an open door to situations in which the decision of the medical action will be subject to what the patient wants to decide, even if it is against a good practice, which results in an ethical contradiction, since a malpractice is never legitimised by the consent of the patient”, the document pointed out.

A new law should “articulate the right to conscientious objection”, the report of the two evangelical organisations said.

Canada and Colombia are the last two countries that have legalised euthanasia, in February and April 2015.

Previously, Luxembourg (2009), Switzerland (2006) and the Netherlands (2002) legalized it too, including assisted suicide.