“Prioritising the decriminalisation of euthanasia over the provision of resources for palliative care is not a progressive policy, but the verification of a failure of the government and society”, the Spanish Evangelical Alliance says. 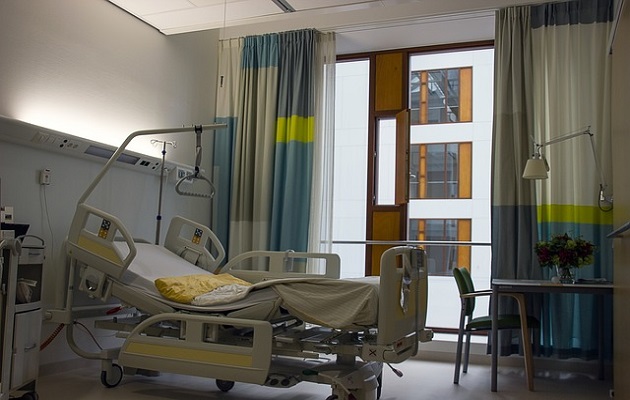 A political maneuver with no social consensus. This is how the Spanish Evangelical Alliance defines the proposed law to regulate euthanasia.

The bill was presented in May by the Social Democrat party PSOE, now in power. The opposition, with the exception of the Conservative party PP, voted to start the parliamentary process for the law.

“The new government sees this law as the first legislative initiative, but reality is that there are other initiatives that are much more urgent and critical. This law addresses a subject that requires a broad consensus, because issues related to the end of life should go beyond ideological trends”, said Xesús Manuel Suárez, the Vice President and leader of the Public Participation group of the Spanish Evangelical Alliance (AEE).

Suárez laments that the political trend is to opt for euthanasia instead of intensifying palliative care.

“It is a failure and a sad decision, to renounce to give real answers to the needs of the people”, The draft law is to admit the State’s “incompetence” to offer real solutions, he said.

Suárez, who is a medical doctor himself, believes “the experience of doctors treating this type of patients shows that the number of requests for induced death is drastically reduced when the medical professional or the patient’s environment are able to offer adequate palliative care and emotional and spiritual support”.

The commitment of the AEE is focused on strengthening the palliative care system with a greater amount of economic, organisational and human resources.

“Medicine has advanced sufficiently so that the majority of patients covered by the law can benefit from adequate relief and, where appropriate, sedation in a terminal situation. What has not progressed is the allocation of economic and personal resources by the government”.

“This means that each year 75,000 patients who could have this kind of help, die without receiving it. It would be useful if the current government, which has the capacity to decide on this issue, saw this goal as priority, instead of selling political opportunism, which is cheap”, said Suárez.

“Prioritising the decriminalisation of euthanasia over the providing resources for palliative care is not a progressive policy, but the verification of a failure of the government and society”, the AEE representative says.

SOCIETY FAILS IN SUPPORTING THE WEAK

Suárez not only criticises the political trends in Spain, but also the lack of responsibility of individuals and families.

“Society is failing in supporting the fragile, vulnerable and anguished patient, and that is not the government's fault”, he says. “The family is renouncing to play its role in helping those of its own that are in need”.

According to the Vice President of the Spanish Evangelical Alliance, “the patient needs to reflect and recognise the real value of life and its ultimate meaning”, that is why he believes that “the best alternative to the request of death is the proposal of a full life in Christ”.

The Spanish Evangelical Alliance will study the text of the bill “to propose amendments or improvements”.

A statement of the AEE alongside the Spanish Evangelical Medical Union was already presented to the government in 2011, in response to a preliminary draft of the law.

“We are aware that if the government has launched the proposed law now, it is because it has realised that society is receptive to it”, says Suárez. This comes in a moment in which the moral authority of the Catholic Church has been lost, and evangelical churches “have been dealing with other battles”.

“What is happening must be a warning that awakens us and makes us see that one of the most effective ways to transform a society is to present, propose and argue the values we know well, which are effective to build a freer and more humane society”, Suárez concluded.

THE DEBATE IN FRANCE

In France, a new general bioethics is being discussed. Evangelicals have also expressed their views on euthanasia. “We want equality and fraternity to remain the cement of our society, a society that is attentive to the weak and is focused on life”.