Christian student groups participate in environmental initiatives. “We cannot remain insensitive to the problems we know we are causing [...] it is necessary to discover the essential verdure of the Christian faith”. 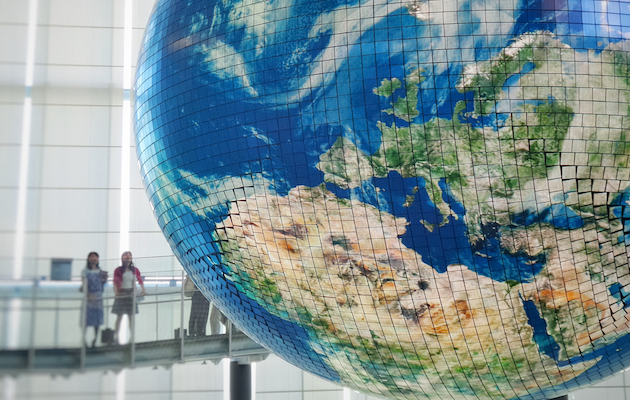 On August 1, 2018, the world population had already consumed all the resources that the Earth produces naturally for a whole year, according to the Global Footprint Network.

This situation has unleashed a student movement of protests throughout the world, known as “Fridays for future”, started by the 16-year-old Swedish student Greta Thunberg.

Many Christian students, who already had a concern for the care of the environment, have also participated in these intiatives.

It is the case of Abigail Bravo, a music student in the Spanish city of Valencia and a member of the Christian University ministry GBU (IFES), who has participated in the recent mobilizations.

“Many people could not remain impassive in the face of the fact that both our decisions regarding consumption and the mistreatment of the nature are ending with the living beings and resources of our planet”, Bravo told Spanish news website Protestante Digital.

“Unfortunately, creation care is not one of the most popular topics among Christian students here in Spain. However, I believe that this issue is awakening the consciences of more people, thanks to the action of the Holy Spirit”, she says. “In Central and South America students are much more aware of this situation”.

NOT A NEW STRUGGLE

Denisse Gallegos is from Nicaragua. She is a student of pediatric dentistry and an advisor to CECNIC (IFES in Nicaragua).

“Throughout history, we have experienced the sparks of discontent that have shaken nations, coming from the hearts of brave students who, knowing and identifying the injustices that are altering their environment, decide to raise their voices and not remain impassive”, she says.

According to Gallegos, “studying leads to deepening knowledge and that cannot be separated from a coherent and evident action. It also takes courage and daring to begin a revolution”.

“This struggle has been going on for a long time, only now it is visible and it is an emergency that can no longer be postponed”, she adds. 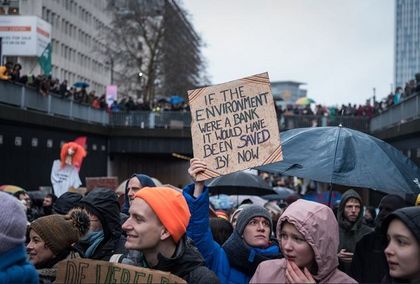 “If Jesus, sustainer and redeemer of all creation, is not reflected and exposed by students who are His disciples, in transcendental and vital situations like these, it will be difficult to hope that this move, exclusively human, radically transforms the course of our future”, Gallegos believes.

Besides the need of making any transformation depend on God, what structures the theological reflection of students committed to creation care is also the awareness of the harmful individual and institutional attitudes that have lead to aggravate the situation of the planet.

“At the end, the climate crisis happens because of our self-centered and hardened hearts, that can only be penetrated by the seed of the Incarnate Word, which transforms the depths of humanity”, the Nicaraguan student says.

“BE FAITHFUL WHERE GOD HAS PLACED YOU”

The student groups offer a structure of small groups scattered throughout the Spanish territory, that is complemented with the implementation of environmental actions.

“I have learned that it is very valuable to be faithful in the place where God has placed you”, Bravo explains. “Caring for the environment entails a personal effort and it is often difficult, to the point of wondering if it is worth it”.

“We know that our rebellion against God not only affected us humans, but nature also suffered the consequences, and continues to suffer. As Christians, we cannot remain insensitive to the environmental problems we know we are causing”.

“WE NEED TO RETHINK WHAT HAS ALWAYS BEEN IN THE SCRIPTURES”

The connection of Christian students with the world youth movement in defense of the environment is based on a series of theological reflections, from the idea of God's love for His creation, embodied in Genesis, to the Pauline letters.

“If we really know the character of our God, who actively demonstrates His love for justice and goodness without hesitation, this cause should be our distinctive feature as followers of Him”, says Gallegos. 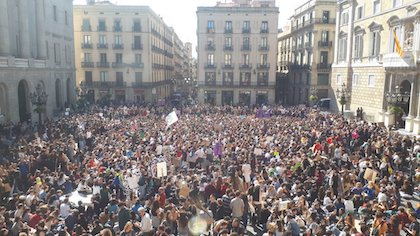 “From the beginning, the first command of God to man was to care for and preserve creation, and that was good, and good in a big way. We just have to go back and think again about what has always been in the Scriptures”, thinks the Nicaraguan student.

“Once again, it is necessary to discover the essential verdure of the Christian faith that emanate from the first pages of Genesis to Revelation”.

Quoting the text of Romans 8:22, Bravo appeals to Christian responsibility before the planet that “is a precious work of a God who enjoys creating beautiful things. We are not giving God left overs, but our best effort for something that He says is just”.

That is why she believes that more Christian students should engage in creation care, and also put it into practice on a personal level.

“GOD CARES ABOUT HIS CREATION”

“It is a way of showing others that God is sovereign of everything, that He cares about His creation, and remains faithful to His work”, she stresses.

Being informed is key because “it makes you see all the points of action involved in creation care, and how we can begin to deal with it from each other conscience", Bravo said.

In Nicaragua, the students have launched environmental initiatives in the outskirts of Managua.

“Although many are not hearing the moaning and hurting of our world, there are believers, students included, who are beginning to emerge, understading the radical nature of Jesus' call to be light and salt in the world”, Gallegos points out.

All of them “are not relegating the living Word to the field of intelligence or sentimentality, but they are already cooperating in the second creation of our world, with their works and deeds”, she concludes.