“Christians are not always good at responding to the media constructively” 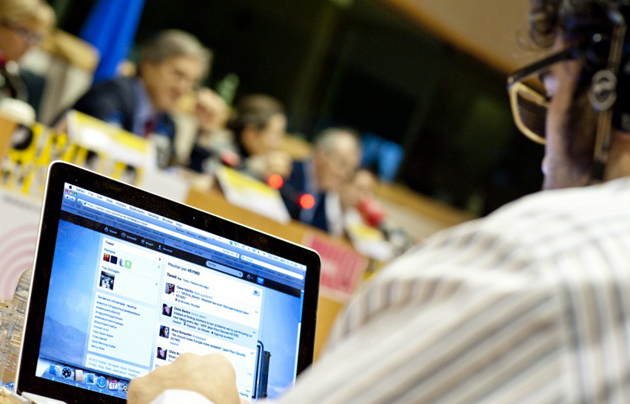 Are Christians understanding the underlying messages of our media-saturated world? How good are they at analysing films and series or using the social networks?

“Christians were quick to make use of the printing press and radio and television, but on the whole we were rather slower making good use of the internet”, thinks Tony  Watkins, a speaker and writer about media based in the UK.

Alongside Norwegian Journalism professor Lars Dahle, he is coordinating EngagingMedia.info, a new online platform which brings together resources to help Christians engage with all kind of media.

Video, blog posts and specialised guides help users to analyse messages of films, tv programmes and social networks. These resources come from experts from all over the world.

The idea was born within the Lausanne Movement: “At the Cape Town Congress in 2010, we were acutely aware of a huge global need for Christians to be equipped to engage with the media.” That was followed-up with international consultations in the following years.

A PROJECT NOT ONLY FOR MEDIA 'PROFESSIONALS'

So who can profit from the project? “Christians from all over the world who have some involvement in media”, the coordinators say. “That could be people who work in the mainstream media, or in some kind of Christian media ministry”, but the project is not just for the ‘professionals’.

“Any Christian who ever watches a film or TV should want to engage with the messages, many Christians are on social media, so there’s a sense in which we all have some involvement in both secular media and media ministry”, argues Watkins.

Watkins responded some other questions in this interview with Evangelical Focus. 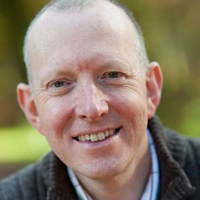 Answer. Western society has been saturated with media for a long time, and that’s increasingly true in the global south, too.

India, for example, is in the middle of a project to take broadband to all 750,000 villages. That will bring much more media, including western media, into the lives of rural people. But Christians have not always very good at responding to the mainstream media very constructively – our tendency is to either be unthinkingly critical of it or unthinkingly accepting. Both approaches are very flawed.

So there’s an enormous need, right around the world, for Christians to think much more deeply about the media we encounter every day. We long for Christians to be able to really understand the media messages they encounter. It will help us in our discipleship – so that we’re not conformed to the pattern of this world (Romans 12:2) – and it will help us in our evangelism, because it’s the media which shapes the thinking of the people we meet every day. That’s ‘media awareness’.

‘Media presence’ is about a Christian presence within the mainstream media, which in the west, at least, is profoundly secular. Christians who go into the media often feel very isolated: their colleagues are suspicious of them because they’re Christians, and other Christians are suspicious because they work in such an apparently ‘godless’ arena. So we need to learn to support and disciple such people, who are in a very strategic situation, and we need to encourage more talented Christians to embark on such careers. One day we will have more people like Pete Docter at Pixar making fantastically positive contributions to the culture. We also need to equip Christian leaders to be able to deal with the media and to have a voice within the media.

‘Media ministries’ are more obvious in many ways. Christians have always used whatever media were available to communicate the good news of Jesus Christ. We were quick to make use of the printing press and radio and television, but on the whole we were rather slower making good use of the internet. But now the technology to make high quality media is cheap and easily available, and social media has opened up lots of new channels for us to communicate our message.

So now we’re at a point where we need to do some good thinking about how we make best use of the opportunities we have, not just within established media ministries, but within every Christian organisation and every church. Now we all have a media ministry, so how can we do it well? 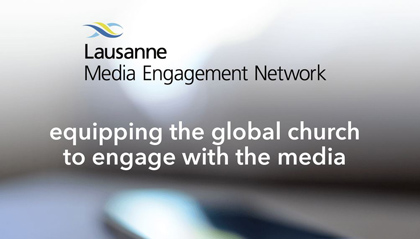 Q. More and more young Christians are becoming trained journalists, media content producers, etc, in Europe and other continents. Do you think they are prepared to connect their biblical faith and their daily work, in a context in which secularism and very liberal ideologies are predominant?

A. Some are, but it is very hard – at least in the secular western world – partly because there are not many of them. If we could encourage more people into the area, and find ways for them to develop supportive networks, it would get somewhat easier. But the challenges to Christian faith would still be significant.

At the moment, there seems to be an enormous appetite in the west for entertainment and factual media which go right against a historically orthodox understanding of the Bible. So it is hard. But Christians who are right in the heart of the journalism world or the entertainment industry can give a different perspective and help their colleagues to question the assumptions that they’re working with.

It is so important that we pray for such people, and find ways to equip them to de distinctively Christian in what is often a hostile environment. I long for more talented Christians to see their work in missional terms and choose to go into the mainstream, rather than automatically trying to find a Christian organisation to work with.

Q. Is it somewhere in your future plans to help create a big cooperative network of Christian Communicators working in different fields and countries?

A. Absolutely! The Lausanne Media Engagement Network is already connecting people in media ministry with Christians in the mainstream media and with those who have expertise in media awareness. Christians in each of the three areas need to at least know about each other and pray for each other.

But if we’re really going to be effective, we need to develop partnerships which allow us to share our resources, gifts, ideas, best practice, and so on. A network which connects up all three strands, as we’re trying to do, will enable us to learn and grow and innovate in ways that wouldn’t have happened otherwise. It’s still a small network at the moment, but now that EngagingMedia.info is up and running, we’re growing quite fast. 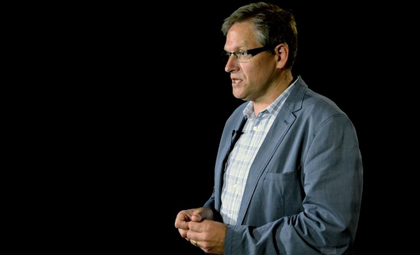 Q. Finally, do you think most Christians know what the Lausanne Movement is? How would you describe it briefly to someone who has not heard about it yet?

A. It’s a global missions movement which started with the first International Congress on World Evangelization, led by Billy Graham and John Stott, in Lausanne, Switzerland, in 1974.

There have been two more international congresses since then: in Manila in 1989 and in Cape Town in 2010. The influence on the evangelical church in general, and the mission world in particular, is enormous. Its aim is to ‘connect influencers and ideas for global mission, with a vision of the gospel for every person, an evangelical church for every people, Christ-like leaders for every church, and kingdom impact in every sphere of society.’ It’s an exciting vision to be part of.

Published in: Evangelical Focus - life & tech - “Christians are not always good at responding to the media constructively”