Do Protestants and Catholics really agree on Justification?

There is a Catholic understanding of justification just as there is a Protestant view. These two perspectives are mutually exclusive. 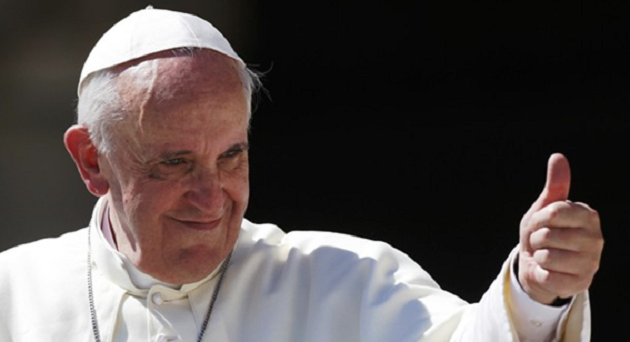 The Protestant Reformation hinged upon the doctrine of justification. Martin Luther came to realize that justification is by grace alone through faith alone in Christ alone in contrast to the Roman Catholic stance which made justification out to be a mixture of faith, good works and merit.

Although the Vatican has tried to consolidate its teaching over the past five centuries as seen in the Council of Trent (1545-63) as well as the First and Second Vatican Councils (1869-70 and 1962-65 respectively) and most recently, in the ‘Joint Declaration on the Doctrine of Justification’ with the Lutheran World Federation in 1999, there has been no substantial change with regards to its confused doctrine of justification.

Today, we are going to look at ten errors that the Vatican continues to teach in ‘The Catechism of the Roman Catholic Church’ so that it is manifestly clear to all that Protestants and Catholics do not agree upon the doctrine of justification.

01.- Justification is the sanctification and renewal of the interior man

(Catechism of the Catholic Church, Article 1989)

02.- Justification detaches man from sin which contradicts the love of God

Since justification is an external legal declaration made by the Lord, it in no way “detaches man from sin”. In justification man is simply accounted to be free from the penalty of sin because God now sees him clothed with the perfect righteousness of the Son of God. Sinners do not become intrinsically righteous via justification; they are merely considered to be so for Christ’s sake. Such an erroneous doctrine implies that man, in the last analysis, is left trying to justify himself by good works, love and merit. This is not the good news of the New Testament. Such a man-centred message is more of a curse than a blessing.

04.- Justification frees from the enslavement to sin and it heals

Now, in a sense Catholicism is both correct and incorrect when it affirms that justification “frees from the enslavement to sin”. It all pivots around how one interprets the statement. On the one hand it is correct because believers who are justified by the external decree of God indeed find themselves freed from the tyranny of sin’s condemnation. On the other hand it is incorrect because Catholicism once again interprets “the enslavement to sin” as an internal reality going on within the human heart. Their idea of justification is one that “heals” the heart. This is to yet again fall into the trap of confusing justification with sanctification and thus leading people to mistakenly base their justification upon their good works.

05.- Justification is the acceptance of the rectitude of divine love

Justification is not man’s “acceptance” of God’s rectitude or love. If anything, it is God’s external acceptance of man. God imputes the perfect righteousness of His Son to believers and He declares them to be not guilty. Justification is always the work of God, never that of man. Catholicism seems unable to unshackle itself from Augustine’s unbiblical view that justification is an internal process of making man righteous. It is not about man accepting God’s love but about God’s love liberating man from the sentence of legal condemnation.

06.- Justification is conferred in baptism

07.- Justification makes us inwardly just by the power of God’s mercy

Justification establishes no such cooperation between God’s grace and man’s freedom. It is entirely the work of God. The Reformers were quick to point out that justification is by faith alone. It is not due to a synergistic work of cooperation between God and man which makes God and man both partly to praise for salvation. Salvation is entirely of the Lord! In fact, it is even He who works faith into the heart of man so that he can be declared justified by the external decree of the Most High. In Gregg Allison’s words, “Salvation as a synergistic, cooperative venture between grace and nature, between God and human beings, is wrongly grounded. Moreover, if divine grace imputes righteousness as a gift, then the very idea of a gift dispels any notion that the one who receive it contributes anything to it or cooperates with the one who gives it”.[1]

Justification does not give birth to the inner man. That is to mix justification with regeneration. Regeneration –or the New Birth- is when God grants a new heart to man so that he can believe the Gospel and repent from sin. Once faith is exercised in the perfect work of Immanuel, God justifies that soul freely by His external declaration. However, it should always be remembered that the One who bestows faith in the heart is none other than the good Lord Himself via regeneration. Thus justification and regeneration must always be distinguished. As Alister McGrath explains the initial Protestant teaching, “Justification altered the outer status of the sinner in the sight of God, while regeneration altered the sinner’s inner nature”.[2]

10.- Justification entails the sanctification of man’s whole being

All in all the common thread of error running throughout Catholic dogma upon justification is that it turns the doctrine into a process rather than a divine speech act. Catholicism continually mixes justification up with sanctification, regeneration and even baptism denying the Evangelical message of justification by faith alone. Therefore Rome believes that justification infuses righteousness into us rather than it being imputed unto us.

In all these manners, then, it should be more than clear that Protestants and Catholics do not agree on the doctrine of justification at all. There is a Catholic understanding of justification just as there is a Protestant view. These two perspectives are mutually exclusive. What has Rome to do with Wittenberg?

Any attempt at a synthesis of these two schools of thought would be theologically unjustified.