Tamar knew what it was to be blamed for something that was not at all her fault; and that blame determined the course of her whole life. 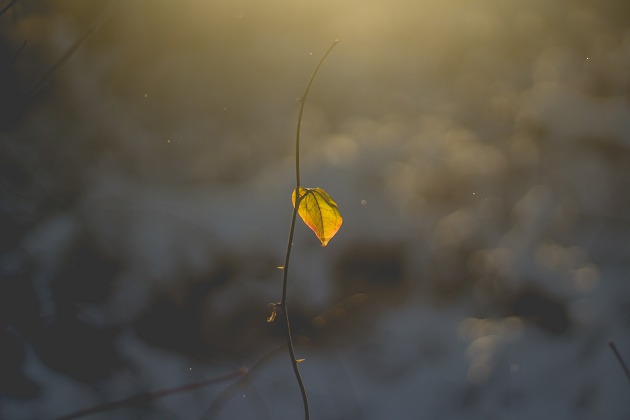 I suspect that every single one of you reading this has at some stage in your life been blamed for something that you did not do. Can you recall it to mind? My wife still remembers her indignation at being punished in junior school for pushing girls forward while they were lining up, when it was actually another girl who did the pushing. Being falsely accused can arouse strong emotions and can leave lasting scars.

Tamar knew what it was to be blamed for something that was not at all her fault; and that blame determined the course of her whole life. You can read her story in Genesis 38. Judah, one of Jacob’s 12 sons, chose her as wife for his eldest son, Er. But he was so wicked that the Lord put him to death. In their culture it fell to Er’s brother, Onan, to get Tamar pregnant so that she could have a child to carry on the family line of her late husband. But he too was wicked. Because he knew that the child would be counted as his brother’s, he withdrew from her while having intercourse so as to prevent her from getting pregnant. So God put him to death too.

Judah pacified Tamar by telling her that she could marry his third son, Shelah, when he grew up. But he had no intention of doing this; he thought to himself that, if she married Shelah, he would probably die prematurely as well! Many years later, when Judah’s own wife died, Tamar realised that he was never going to give her his third son in marriage, because she was being blamed for something completely outside her control: the death of his first two sons.

We cannot prevent ourselves from being falsely blamed; but we can decide how we react to it. Essentially we have two choices. This came home to me very forcibly many years ago one Sunday morning when I was due to preach in a church in the town where I lived. A couple of hours before the service was due to start I received a phone call from a member of that church, whom I knew vaguely. She urged me to examine myself as to whether I was fit to preach in her church because she had heard a report that I was having an affair with another (unspecified) woman. I was completely speechless and did not know what to do.

So I rang my church leader; and he gave me good advice which I have never forgotten. He said to me, “Mike, do nothing. Vindication comes from the Lord.” Every fibre of my body was crying out, “Stand up and tell these people that this accusation is completely groundless.” But I followed the advice of my leader, did nothing, and went ahead and preached. The accusation melted away, like early morning mist. I was not vindicated in the sense that people came to me and said, “I know you’ve been accused and it’s not true.” But nobody ever mentioned it again. The fire died down as quickly as it had flared up.

That is the first choice: not to react to the blame and to commit your way to the Lord (see Psalm 37:5-9). Tamar, however, chose the other way: to respond to the blame; and one can respond with justification or manipulation. She chose manipulation; and it was a very high risk strategy – that’s how desperate she was. She dressed up as a prostitute from one of the local Canaanite shrines and sat down by the side of the road where she knew Judah was due to pass by. He saw her but did not know who she was because she was veiled. He agreed to give her a young goat in return for having sex with her, and as a pledge he left with her his seal and cord and staff. When he later sent her the goat which he had promised, of course, the ‘shrine prostitute’ was nowhere to be found.

Fast forward a few months, and a family scandal broke out: the widow Tamar was pregnant! In the culture of that day this was a capital offence; but she had the trump card. As they were leading her out to stone her to death she produced the seal and cord and staff and asked, “So, whose are these? This is the man who got me pregnant.” Judah knew immediately what had happened and spared her life.

God had mercy on Tamar and her manipulation. She gave birth to twins, and the older of these, Judah’s own son, became an ancestor of Jesus in his human family line. Tamar is specifically mentioned in the genealogy of Jesus in Matthew 1, and by this we see how Jesus is prepared to identify himself with those who are falsely blamed. Indeed, while he was on the earth he himself was blamed for many things that he never did or said. But manipulation is not generally a good strategy and very often turns out badly: look at Abasalom, son of David. He felt falsely blamed for having killed the step-brother who had raped his sister, and he manipulated himself into ousting his father from his kingdom; but he met a sticky end (2 Samuel 13-18). Likewise, self-justification often does not bring us the results that we anticipate.

Whenever we are falsely blamed, we have this choice. We can seek to manipulate circumstances in our favour or to justify ourselves. Or we can follow the example of our Lord Jesus. When they hurled their (false) insults at him, he did not retaliate; when he suffered (unjustly), he made no threats. Instead, he entrusted himself to him who judges justly (1 Peter 2:23). Vindication comes from the Lord, in his time, not ours; but when it comes, it is a wonderful thing.