Church Unity is Unity in the Truth

A Manifesto of Church Unity: Part Two of Five. 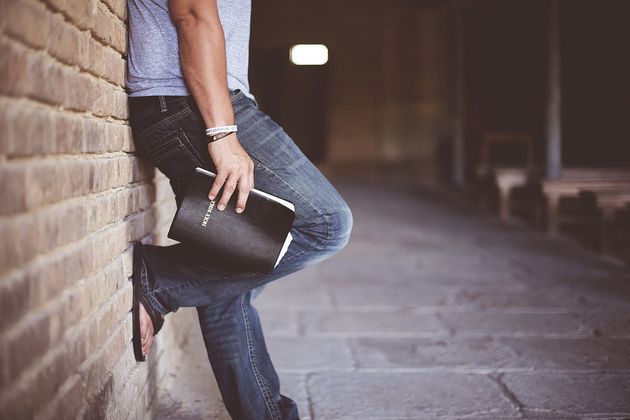 Having kicked off with a general introduction to the theme of church unity in our last article, it is now time to take a closer look at John 17:21.

Our text reads, “That they all may be one; as thou, Father, art in me; and I in thee, that they also may be one in us; that the world may believe that thou hast sent me”.

Christ prays for the unity of his church, that is, believers or disciples. He is praying for a concrete group of people with names and surnames. He is not thinking here about the whole human race.

And it should also be stated that he is not just praying for any old type of unity but for a very specific and defined type of unity.

In this second article, we will see that this concrete unity is first of all based upon the truth. That is to say, there are certain non negotiable truths that a believer just has to believe. And if he does not believe them, he cannot consider himself a Christian.

This mindset, however, goes entirely against what contemporary cultures teaches. We live in a Post-Modern world where there are no absolute truths. We reject dogma.

Nevertheless, as Luther was quick to observe, without absolute and dogmatic truths, Christianity does not exist. 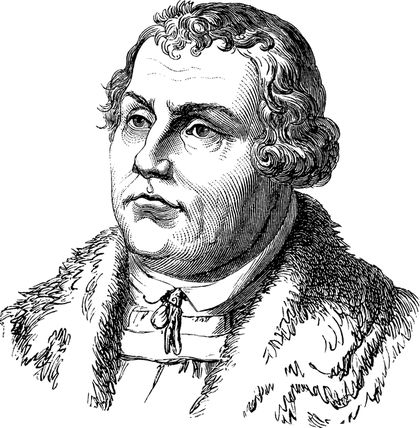 If Christianity is a mystical type of experience without any kind of doctrinal content, what then is the difference between it and say, Buddhism, Islam, Agnosticism or even Atheism?

Christian unity must be grounded upon the truth. A Christian, then, must believe the truth.

According to John 17, there are three great truths that we have to believe. The first one is the foundation of the other two.

- The first is the truth of the Word of God.

- The second is the truth of God the Father.

- The third is the truth of God the Son.

In v. 17 Jesus prays, “Sanctify them through thy truth; thy word is truth”. It is the Word of the Father. And thanks to the work of inspiration wrought by God the Spirit, we have this Word registered on the pages of Holy Writ.

The unity of the church is established when there is unity in the Word of God. The entire life of our Saviour had to do with the Word.

He preached it; He explained it; and He obeyed it! He even healed people so that the Word would be fulfilled.

And the Lord even goes so far as to state in v. 12 that Judas Iscariot’s perdition was a fulfilment of Scripture!

Our dear Lord never took the Scriptures lightly. This means that we can have no communion with someone who defends an anti biblical worldview.

There are theologians in the ecumenical movement who believe that the Bible is full of contradictions, errors, legends and myths.

How can we be expected to extend the right hand of fellowship to those who think such thoughts?

The Christian, just like his Lord and Saviour, submits to the Word of God because without the rock o the Word, he knows very well that his house will come crashing down around about him.

2.- The Truth of God the Father

Secondly, there is the truth of the Father.

There are certain things that must be believed about Him. First and foremost, the most important detail is that we confess our beloved heavenly Father has an only begotten Son named Jesus Christ who came to this world with a specific mission and to whom the Father has given all power.

We can learn two keys about the Father

- This Father, like His Son, is a Saviour. It is He who gives believers to the Son (v. 2). The Christian, therefore, is like a kind of gift from God the Father to God the Son.

- This Father, like His Son, is God. Christ affirms that eternal life is knowing the Father, “the only true God” (v. 3).

Even if Jesus hadn’t made it clear that the Father was God, we could deduce this truth taking various factors into account.

First: the fact that the Father gave all power to the Son. Who can give all power except God?

Second: the fact that the Son came to glorify the Father (v. 1). Who is worthy to receive glory save God?

Third: He was with the Son before the world began (v. 5). Who can exist independently of creation but God?

Fourth: Christ says that, “all things whatsoever thou hast given me are of thee” (v. 7). That is so because the Father is God. All things are His.

Fifth: Christ names his Father as “Holy Father” (v. 11) and “righteous Father” (v. 25). Who is perfectly holy and righteous aside from God?

Sixth: the simple fact that the Son directs his prayer to the Father. This whole chapter, therefore, bears witness to the deity of God the Father. Who can be prayed to apart from God? 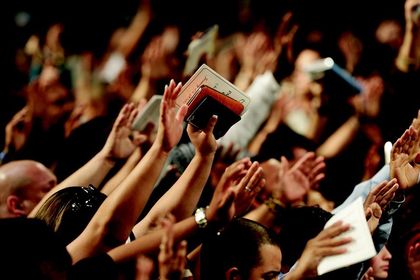 Without faith in the Father, we are not Christians.

There are certain sects that teach that only Jesus Christ is God. They erroneously suppose that the Father and the Spirit are mere manifestations of the Son. This is an age-old heresy called Modalism.

In John 17 Jesus is not praying to himself but to the Father. There is a personal distinction within the blessed Godhead.

A good illustration is Christ’s baptism in the Jordan where we see the Son in the water, the Spirit descending as a dove and the voice of the Father from beyond the clouds.

A true Christian believes the Word of God and consequently believes in God the Father.

Thirdly, we have the truth of the Son.

In all honesty, we could venture to say that John’s Gospel is nothing more than a sermon about the identity of God the Son.

This Son is not just God –as in the case of the Father- but also man.

We know, on the one hand, that the Son is God because the Gospel of John is full of quotes about His deity:

But He is also man. Once again, we encounter various proofs of this throughout the Gospel:

- Jesus, therefore, being wearied with his journey, sat this on the well (4:6).

- Then he said to Thomas, Reach hither thy finger and behold my hands; and reach hither thy hand and thrust it into my side: and be not faithless but believing (20:27).

The very first verse of John 17 says that “Jesus lifted up his eyes to heaven”. He has eyes because he was made flesh. He is a man.

Christ is the only God-man in all history.

The importance of his human nature resides in his work of substitution upon the cross. Christ as a man had to take the weight of man’s sin upon his shoulders.

He took the place of men and women on Calvary because he was made flesh.

And the importance of his divine nature has to do with the efficacy of his blood. Since his blood is the blood of the eternal Son of God, his blood has eternal power to forgive us from all of our sins.

In the light of this glorious reality, we proclaim Christ to be the only Mediator between God and human beings. The Saviour taught us well, “I am the way, the truth and the life; no man cometh unto the Father but by me” (14:6).

And He also added in 17:6, “I have manifested thy name unto the men which thou gavest me out of the world”.

It is Christ who manifests the name of the Father. Without the ministry of the Son, there would be no access to God the Father.

A Christian believes whole heartedly that Jesus Christ is the only God-man and the only Mediator between God and the wicked.

Practically speaking, there can be no communion whatsoever between true saints and those who deny that Christ is human and divine.

Nor can there by communion where some teach that the Virgin Mary is a co-redemptrix or that to have access to the Father, one must first pray to dead saints or virgins.

Such doctrines are direct assaults upon the all sufficiency of the Lord Jesus Christ and his wonderful Gospel. 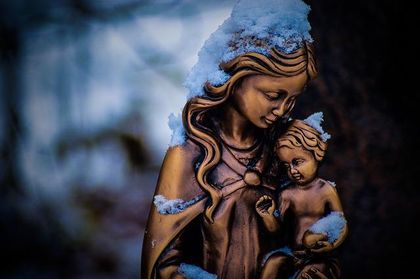 The good news is that Christ alone died for our sins and rose again on the third day to grant us eternal life. We have open heavens in the name of Christ.

In order to interpret our Lord’s desire for unity, we have seen that it is no vague unity for which he was praying.

His prayer presupposes knowledge of the truth and, fundamentally, three key aspects of the truth. Firstly, the truth of the blessed Word of God!

We cannot have communion with anyone who denies one of these three truths. Again, Christianity is much more than an experience. It entails certain truths for which we must be willing to lay down our lives.

And these truths help us identity false teachers and false brethren (2 John 1:9-11).

So in questions of church unity, truth matters big time!

Next week on Fresh Breeze: Church Unity is Unity in the Light (Part 3)

Published in: Evangelical Focus - Fresh Breeze - Church Unity is Unity in the Truth