“We need to see nature as a blessing from God, not as a hindrance to development”

Miguel Wickham analyses the IPCC climate experts' report, which warns of serious consequences for habitability if temperatures continue to rise as a result of human action. 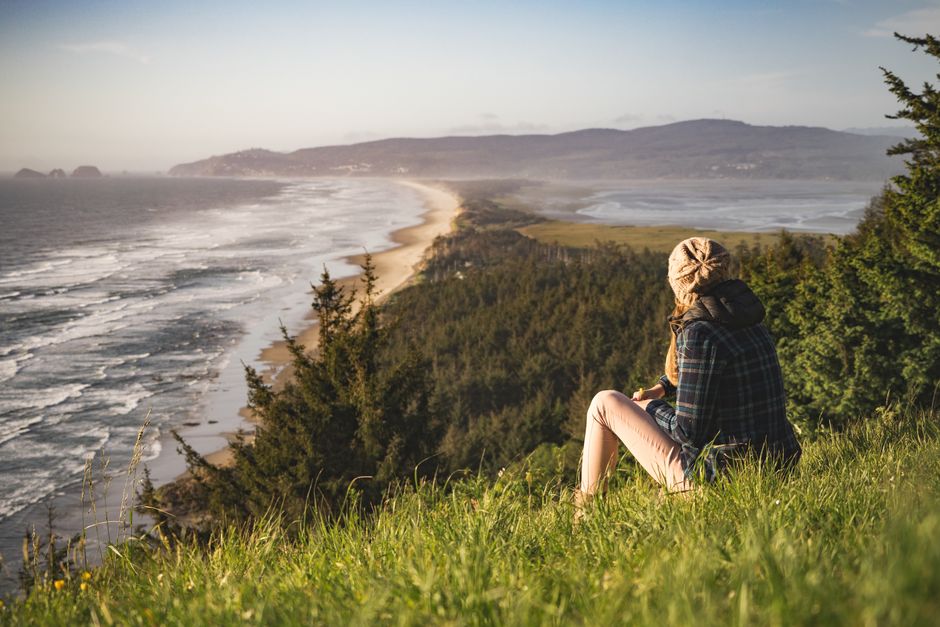 The sixth report of the Intergovernmental Panel on Climate Change (IPCC) recently released, warns of the alarming consequences of increased global warming in the current century.

Climate scientists assume that this rise in temperatures is being fuelled by human action, so that they say CO2 emissions need to be reduced as soon as possible to avoid worst-case scenarios.

The atmospheric scientist Katharine Hayhoe, chief scientistr of the Nature Conservancy, explains in an article in Time magazine the main conclusions of the sixth report, in which dozens of experts from all over the world have participated.

“Climate change is real, it is man-made and it is serious. The power of this new report lies in the starkness with which those findings are presented”, says Hayhoe.

The report is very clear in showing the climate impact that can already be seen in the desertification, the rising sea levels or the rising temperatures, which are causing certain meteorological phenomena to become more extreme and more frequent.

However, there is still time to avoid the worst. This will require a profound change towards more sustainable consumption, and the involvement of companies and governments in a drastic reduction of the emissions that accelerate global warming.

Spanish news website Protestante Digital talked with Miguel Wickham, co-author of the book Ecology and climate change, a Christian reflection, and Christian communicator on issues of ecology and creation care, about his views on the sixth IPCC report.

Question. The IPCC warns that the situation is worrisome. What should change so that the most catastrophic forecasts do not come true?

Answer. It is no longer worrisome, the situation is now dramatic. The IPCC report recently released is just the result of Working Group I, which is dedicated solely and exclusively to describing data and phenomena, evaluating them and projecting them into future scenarios.

Although the conclusions presented are not new, the way they are expressed has changed. There is a noticeable 'this is as far as we have come'. Thirty years of rejection of their studies, recommendations and conclusions by world leaders and industry have exhausted the patience of the ever-cautious scientists, seeing the situation as dire.

Desertification is one of the most worrying consequences of rising global temperatures / Wesley Tingey, Unsplash.

Human action was once described as the probable cause of global warming. Now they use the word 'unequivocal', with the latest data in hand.

There are dramatic situations we see every day in the media. Torrential rains in different parts of the world, for example in Germany and now northern Turkey, and possibly, in the near future, with similar events in other countries of the northern hemisphere.

Uncontrollable forest fires of enormous magnitude in northern Siberia, in Canada, with incredible temperatures, in Turkey and Greece, Italy, California ('Dixie'), Algeria and Spain, are some examples of this year 2021.

But the medium-term effects are not so visible, and will affect both rich and poor countries, creating major social problems.

These are the effects of increased droughts in certain areas, with the displacement of millions of climate migrants; of more frequent heat waves, with serious effects on the health of people and animals; of displacement and extinction of fauna and flora and serious alterations in ecosystems (plagues of jellyfish on the beaches, for example, which we have already seen) and the constant rise in sea level, with the disappearance of deltas, beaches and coastal plains with their tourist areas.

Another worrying effect that was predicted years ago is the possible change in the Gulf Stream in the North Atlantic. This circulation, part of a global system of transporting cold and warm water around the globe, displaces enormous amounts of heat to northern latitudes, making a mild climate possible in western Europe, thus facilitating its development over the last few thousand years.

Global warming increases the melting of ice in the Arctic ocean, the water there becomes fresher, and differences in the density of salt and fresh water slow down the streams. If that stream stops, there could be, in a global warming context, an abrupt cooling of Western Europe, and severe climate disruption.

The CO2 and methane reservoirs trapped in the permafrost of the Canadian but especially the Siberian tundra are also of great concern. Melting ice can release these reservoirs into the atmosphere, multiplying the greenhouse effect.

The Amazon region produces enormous amounts of rain and oxygen, with global impact. Forests absorb 25% of man-made C02. The destruction of forests by man to create more fields for cattle ranching, agriculture and energy and mineral resources, along with the reduction of rainfall, can turn this area into savannah.

There is still time to reverse the situation, but the Brazilian government does not seem to have realised it. We need to see nature as a resource and a blessing from God, to manage it well, not as a hindrance to development.

The science irrefutably supports the IPCC scientists, today's 'prophets' who observe the groaning of nature, and who have been consistently rejected, like the Old Testament prophets.

A dilemma arises, surely the biggest one humanity has ever faced: assimilate the information and act accordingly or ignore the science once again and 'lock the door of the house with the key inside while everything burns outside'.

In short, a radical change in the way we all live is needed, which cannot only come from changes in people's lifestyles, which is important and visible, but will only have its profound effect if it is led and agreed upon decisively by governments.

Renewable energies do not still meet the energy demand, so CO2 emissions are still too high / Kai Gradert, Unsplash.

Q. Are there practical things we as citizens can do to prevent the situation from getting worse?

A. It is clear that many citizens are aware of this problem. The use of public transport, hybrid or electric cars, cycling, recycling, is on the increase, and educational programmes include sustainability issues and the need for changes in the way we live in an important way.

Hamburg University Professor Dr Detlef Stammer, director of the Centre for Oceanography, Earth System Remote Sensing and Coupled Climate Assimilation, says we must constantly ask the question: "How can we live sustainably?

But that personal concern and action must be translated and accompanied by more urgent pressure on local, regional and national governments to make profound changes. It is clear that this is difficult, because we all like the freedom of private car use, for example.

Q. What responsibility should we be asking of companies, governments and large entities in terms of climate change?

A. Pressure on those who really make the big decisions is essential. But governments must agree together on the necessary radical changes, and not with patches like Paris 2015, where promising wills were expressed, but there were no binding legislative decisions, due to the refusal of the most industrialised countries dependent on the current energy model. Agreements must be global.

Surprisingly, it was China, the country that now accounts for most of the world's industrial production, that committed itself to zero emissions by 2040. But others have not followed.

Q. Is creation care an area where Christians need to take a more active role?

A. Absolutely. The Christian should reflect a lifestyle where his or her dependence is on the Creator, the sustainer of life. The Bible in Genesis speaks of man as the steward, the caretaker, the 'faithful gardener' of God's goods, not his own.

Since the early 19th century, the moving away from the countryside, with industrialisation and concentration in huge cities, made possible by the transport and importation of huge quantities of solid, liquid and gas fossil energies, and the use of nuclear energy, has made man believe he is God. 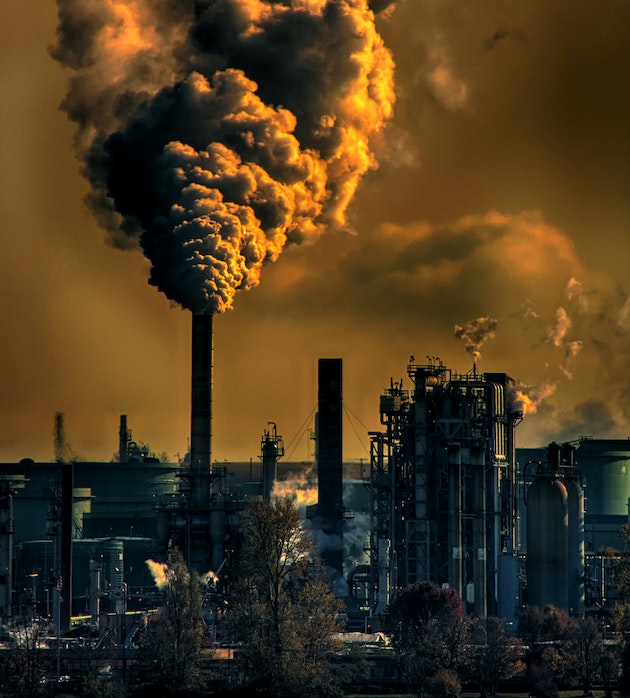 The recent pandemic is making us rethink the way we live, but we resist change, thinking that we will be poorer as a consequence. The Christian must be governed by faith, and by the indications of God's word.

Sometimes we think that the New Testament does not give importance to lifestyle, but we should just read what Jesus does not say in the gospels and see his own way of life and faith in the Father.

Christians should be agents of change, because despite the disasters we see around us, we are called to fix our eyes on 'the things that are not seen, which are eternal', and to focus first on the kingdom of God and his righteousness, because 'other (material) things will be added' (see Matthew 6: 24 to 34).

It is a return to priorities, to focus on what is important. And we are called to look to Jesus. In Him is the believer's hope, for today, and for the future.

Let me finish with an example that shows the importance Jesus gave to living a sustainable life. In Mark 8, verses 1-10 Jesus shows His sovereignty, His control over nature, His compassion for man's needs, and also His attitude towards what was left over.

The disciples collect everything that is left over. Nothing is thrown away. The resources are used to meet men's needs, ('they ate and were satisfied') but they are used rationally.

Therefore, we must trust in Him, and reflect in our lives His way of seeing and living.

Let us not be like Jesus' disciples themselves at that time: 'completely amazed, for they had not yet understood the loaves, because their hearts were hardened' (Mark 6:51b and 52).

Ultimately, the only thing we must trust is the words of Jesus, the Creator himself: 'Heaven and earth will pass away, but my words will not pass away'. Matthew 24:35.

You can read the full IPCC report here.

Published in: Evangelical Focus - science - “We need to see nature as a blessing from God, not as a hindrance to development”