In Haiti, “for most children, school means food”

As the pandemic has worsened the crisis in the country, evangelicals have launched a project to provide food for hundreds of school children. 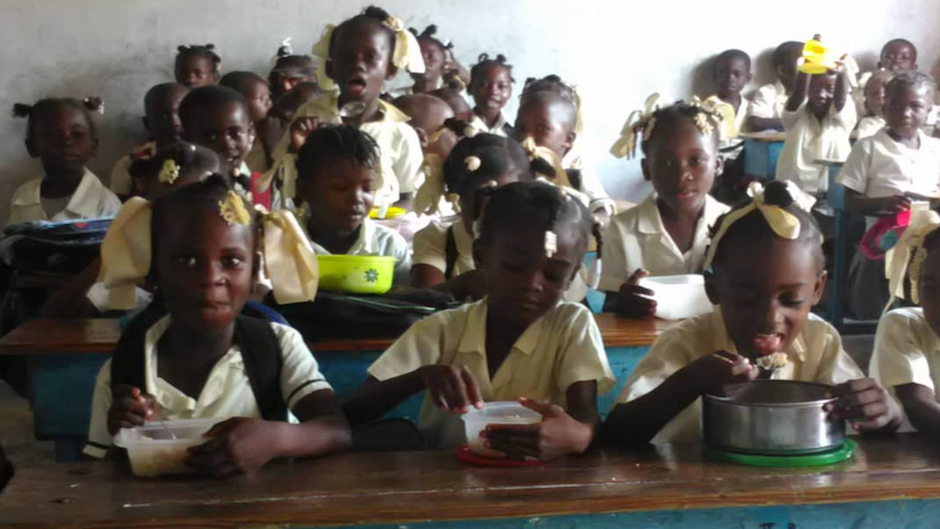 For many children in Haiti, school is the only place where they can have food. / Alianza Solidaria.

The pandemic was the latest in a long list of crises for Haitians, who are particularly worried about hunger and insecurity.

According to the latest update of report on the Caribbean country of the Foreign Affairs Ministry os Spain, dated March 2021, nearly 75% of the population lives below the poverty line and 54% suffer from extreme poverty.

Moreover, the national unemployment rate reaches 70% of the population. Children are one of the most affected groups, as the literacy rate is only 48.7%, which shows a serious educational deficit.

Although Haiti has only experienced a two-month lockdown since the start of the pandemic, the schools have been closed intermittently on several occasions since 2019, due to the escalation of social violence in the several protests that have taken place lately. 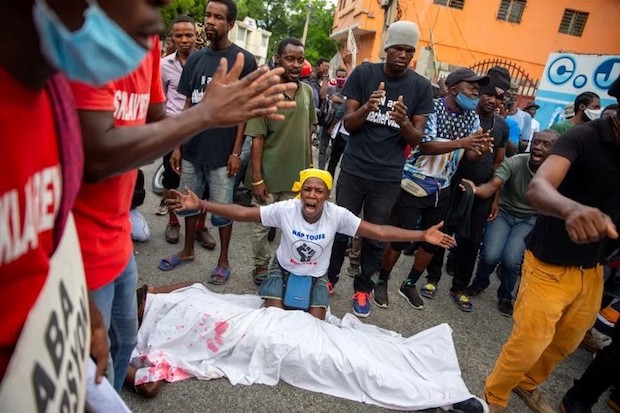 Protests and violence have continued in the country even during thr pandemic.  / Alianza Solidaria

The instability of schools directly affects children's nutrition, because schools are the main source of food for many of them. This is one of the reasons why the country's child mortality rate stands at 80%.

“During 2020, many schools, especially public schools, have not been able to open because of the continuing violence in the streets, which has led to kidnappings and crimes”, explains Yvrose Richard, who runs the House of Hope orphanage and the L'Espoir school in Fonds Parisien.

Her school “is one of the few that opened in early 2020, and although it had to close in March because of the pandemic, it reopened as soon as it could. Closing schools nationally will lead to greater inequality and increased poverty in the short and long term”, she says.

At L'Espoir, more than 950 children were receiving education and daily care before the uprisings in 2019, but today, just over 660 children attend the school.

Alianza Solidaria, the social branch of the Spanish Evangelical Alliance, extended its support for the Healthy Lunch project to the summer of 2020, with the aim of providing food for dozens of children at the school who, when classes closed for the holidays, were left without food.

Now, “the situation of the children we work with, some of whom are literally starving, has led us to extend the project”, says the organisation. 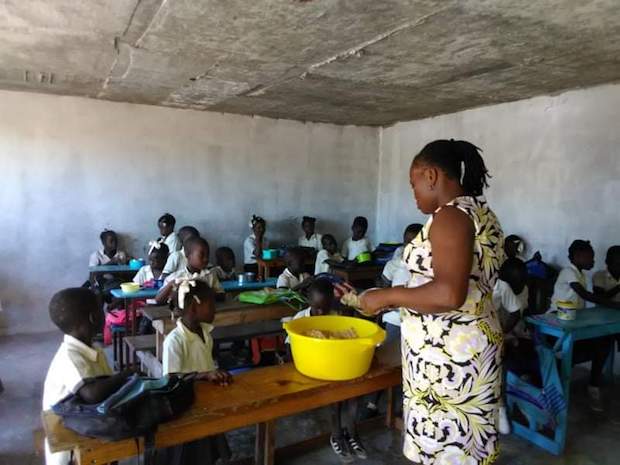 No food at home

According to Richard, “the 663 children who go to school right now come without breakfast, and when they go home they don't have any food either”.

“For most of them, school means food. We see in their faces that they are discouraged, without strength, nervous and unable to concentrate. It's impossible for them to learn and it's difficult to teach in these conditions, so when they come to school we give them breakfast”, she points out.

However, “it saddens us to see them leave after school because we know that they won't have food at home, this is why this project offers a healthy meal to the children, consisting basically of rice, vegetables and pulses. We want them to go home already fed”.

When the school was closed, “prices, which were already expensive, skyrocketed with the closure of the border with the Dominican Republic, and these haven't gone down”. It “has further impoverished the poor who are dying of hunger. The subsistence of families is a miracle in this country, God makes it possible”, she points out.

In the midst of this situation, the school contacted Alianza Solidaria, which began to coordinate the sending of aid. “The families of the church organised themselves to receive it and distributed the food. Together we did a good job. We thank Alianza Solidaria for the help“. 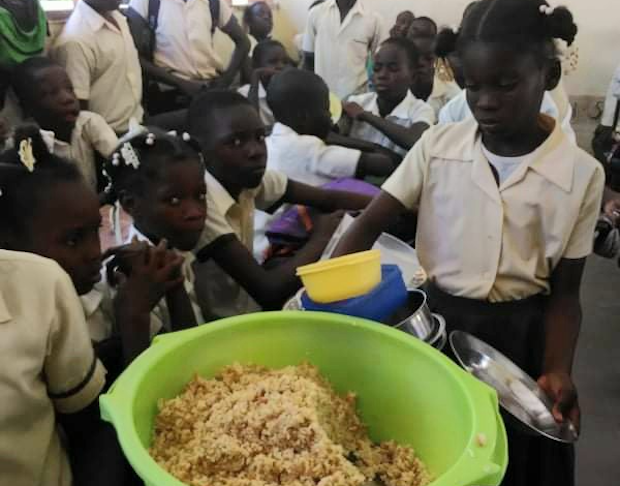 The L'Espoir school has remained open while most schools in the country closed.. / Alianza Solidaria

Lack of trust in the government

The severity of poverty has also had an impact on people's attitudes towards the pandemic in Haiti.

Although “the security measures were in place last year for two months, this year most people no longer follow them. The people have no confidence in the government because they have not done it well”. 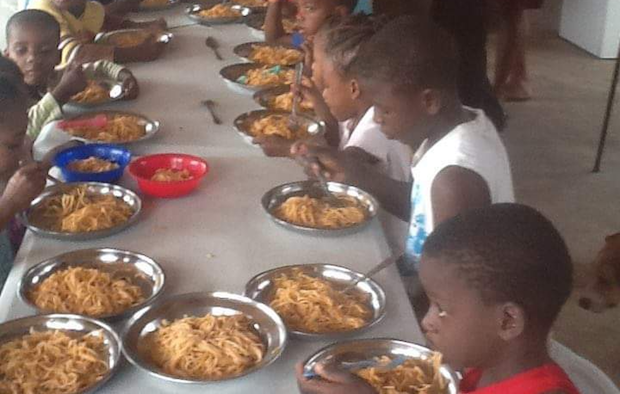 The The literacy rate in Haiti is below 50% of the population.. / Alianza Solidaria

Richard also stresses that “the general feeling is that hospitals have never been overcrowded, and it seems that when the pandemic was announced most of them were closed to care for other diseases”.

“But whatever happens, people don't go to doctors, because they can't afford it. People mostly turn to home remedies because they are more affordable for the their pockets”, she adds.

Vaccination is not going smoothly either. Although some doses of Covax, the international aid fund for poor countries' access to Covid-19 vaccines, have already arrived in Haiti, and the United States has also announced it will send more, there is no official data on this.

“In recent days, under international pressure, the government has started the vaccination process with the doses received from abroad. The problem now is that the population is suspicious”, concludes Richard.

Published in: Evangelical Focus - world - In Haiti, “for most children, school means food”

1
Armed militia attack convoy of Central Africa regional evangelical leader
2
Spanish High Court defends Christian television: opinions about homosexuality are not hate speech
3
The terror of the Khmer Rouge
4
‘Duch’ and our questions about repentance
5
Lausanne Europe engages with John Lennox
AREOPAGO PROTESTANTE uses “COOKIES” in order to guarantee the proper functioning of our website, improve its security, obtain better efficiency and personalisation, collect statistical data and show you relevant advertising. Click “OK” to authorise its use . If you reject the use of “cookies”, AREOPAGO PROTESTANTE cannot guarantee the functionality of the website. Learn more about our COOKIES POLICY at the bottom of the page.