The new law will criminalise any discrimination because of sexual orientation. “We do not agree with the President's Penal Code”, a Haitian pastor says. 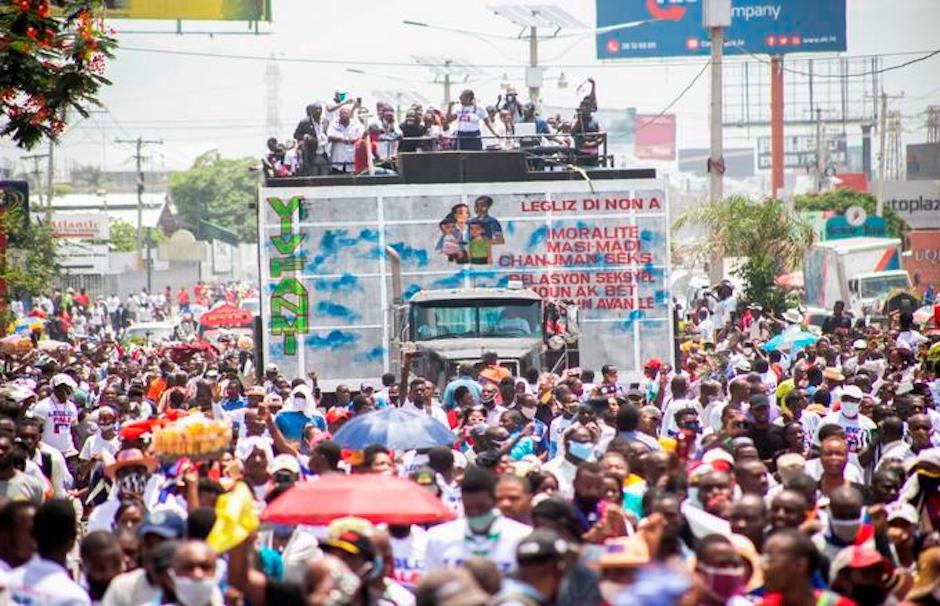 Thousands of evangelical Christians recently took the streets of Port-au-Prince, Haiti, in a demonstration to demand the withdrawal of some articles included in the new Penal Code, approved by presidential decree.

The protesters demanded that the President of the state, Jovenal Moïse, withdraw the points of the new legislation that they consider “immoral” and dangerous for other rights.

A new Penal Code after 185 years

One of the most controversial articles is the criminalization of anything considered discrimination  because of  sexual orientation, since the new Penal Code legalizes same-sex marriage.

“If a pastor does not want to marry two men or two women, he will be arrested and will be at risk of imprisonment for between one and three years”, Pastor Wismond Jeune pointed out during the demonstration.

The new Penal Code will enter into force within two years, as announced by Moïse. Until then, Haiti will have been governed by a law dating back to 1835. Among other things, it will eliminated the penalty of adultery. 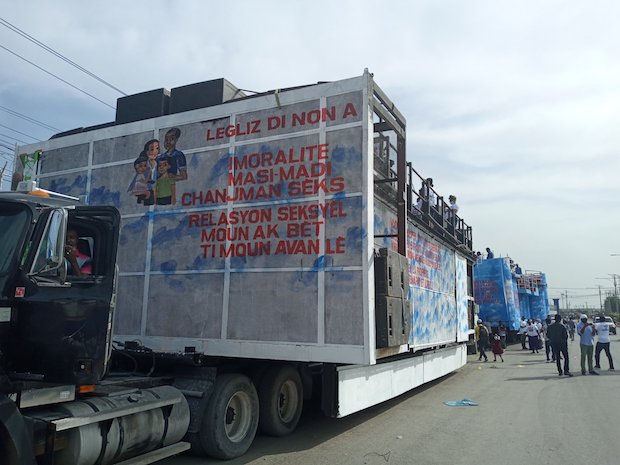 The protesters were in trucks with messages such as: Church says no to inmorality. /  Twitter @Amélie Baron

The ambiguity to define sexual harassment

Furthermore, as local media Le Nouvelliste reported, “sexual harassment will be included in Haitian criminal law” through Article 307, which “defines harassment as the comments or behaviors with a sexual connotation, repeatedly imposed on a person that undermine his dignity, due to their degrading or humiliating nature”.

This crime, according to the new legislation, may be punished with between six months and one year in prison and a fine that can reach up to 25,000 Haitian gourdes (more than 190 euros).

The ambiguity in establishing what parameters define what is sexual harassment is one of the most discussed issues in the country, because it could refer to marriages between people of the same sex, and this generates rejection among the evangelical population.

However, it seems to be a measure more focused on sexual violence against women, since according to 2015 data collected in a survey of more than 300 Haitian women carried out by Solidarity of Haitian Women (SOFA) and the National Network for the Defense of Human Rights (RNDDH), 11% of the women surveyed claimed to have been victims of harassment by their superiors and 37% of the NGO workers had experienced suicide attempts.

“We do not agree with the President's Penal Code”

Even so, the evangelicals ask President Moïse to debate about the document. “The foundations of Haiti will not trumble. We do not agree with the President's Penal Code”, said Maxo Joseph, pastor and former candidate for the country's presidency.

The new Penal Code also specifies the criminalization of forced sexual relations between a person and an animal. In total, the document contains more than 1,000 articles and has been written over the past 20 years.

Published in: Evangelical Focus - world - Thousands of Haitian evangelicals march against the renewal of the Penal Code