Churches in the Middle East: “Many Christians continue to serve among the refugees”

Evangelical churches in Jordan and Lebanon have opened their doors to Afghan refugees, despite the crisis in their own countries. 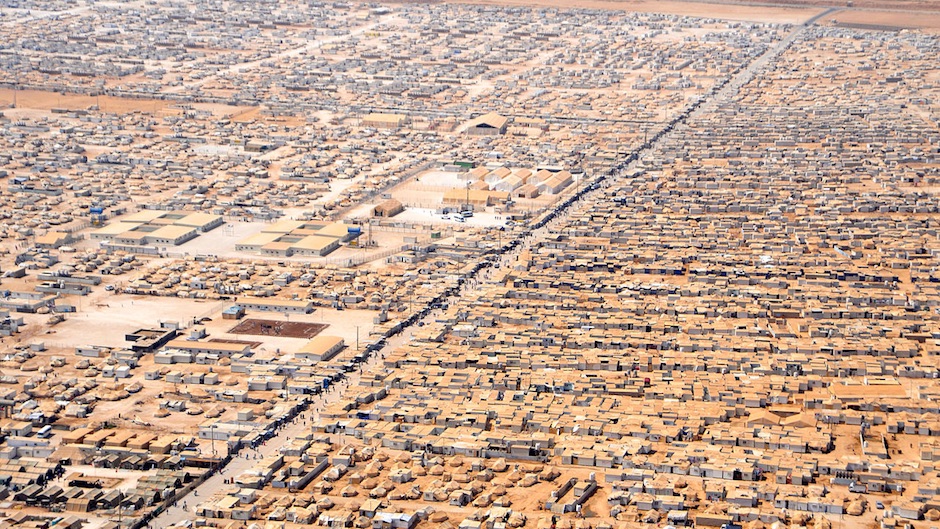 An Aerial View of the Za'atri Refugee Camp in Jordan, one of the most populated in the world. / U.S. Department of State, Wikimedia Commons, CCO.

In the last decade, the Middle East has become one of the regions hosting the largest number of displaced people in the world.

Most of them are from the neighboring area, as a result of the war that has been ravaging Syria since 2011, but there are also many arriving from further afield, such as Afghanistan.

Although Iran and Pakistan host 90% of Afghan refugees, more than 2.2 million people according to the UN Refugee Agency (UNHCR), the growing limitations in both countries to receive more displaced people, and their desire to reach Europe, make the Middle East an essential territory on the route of many migrants.

The new conflict in Afghanistan after the events of this summer, with the withdrawal of US troops and the victory of the Taliban, who have now taken over the country's government, has led to an increasing movement of people both inside and outside the country.

Because of this new scenario, the Middle East is already contemplating the arrival of more people.

“It is not easy to flee on foot and cross over the borders to the neighboring countries. It is an extremely unfamiliar rough terrain and crossings are unpredictable and dangerous”, explains the president of the Evangelical Council of Jordan, David Rihani.

And adds: “Fleeing minorities, especially of the Christian faith, are living in fear, exposed to human trafficking and abuse on both sides of the borders. We are praying for their safety”.

Churches in Jordan, ready to continue to host

In Jordan alone, there are more than 750,000 people settled and seeking refuge, according to UNHCR. Most of them come from Syria, but there are also many arriving from other countries, such as Afghanistan.

Rihani stresses that “Jordan has accepted several thousands of Afghan evacuated refugees to stay in Jordan temporarily until they go to other hosting countries. Right now, Jordan is only a temporary transit point for the Afghan evacuees”.

“Jordan always was in the forefront working with the world community to receive and assist refugees but we need international support since our economy has suffered”.

“We also opened training centers for women, teaching them skills in order to be able to support their families. We can do the same for the Afghan refugees if they are permitted to stay in Jordan”, underlines Rihani.

The president of the Evangelical Council of Jordan also points out that his work with Christian refugees from Afghanistan begins even when they are still within the borders of his country.

“We are in contact with several families fleeing for their lives but trapped inside Afghanistan. We are aware of almost 70 Christian families, a total of 400 people, mainly women and children”.

Furthermore, he also emphasises that “the evangelical churches’ response is to raise awareness to the world communities in order to find solutions and safe destination for the fleeing refugees”.

“We also pray that the neighboring countries of Afghanistan, specifically Pakistan and Iran will open its borders for the Christian minorities who are trapped and fearing for their lives, to secure their safe crossing and allow them to stay until they receive transit visas to move to other hosting nations”.

Lebanon: “We have been blessed to see the church opening its doors”

With more than 870,000 refugees on its territory, Lebanon is one of the countries that hosts the most people in the world, according to the UNHCR, even despite the country's internal difficulties.

“There is a general sense of fatigue as the crisis has been going on for many years now. In Lebanon, the local population also finds itself vulnerable as a result of the calamities that have hit the country”, explains the head of operations of the evangelical Christian organisation Lebanese Society for Education and Social Development, Wissam Nasrallah.

Although “they now need to be cared for as well, many Christians continue to serve faithfully among refugees and cater to their physical, emotional and spiritual needs”. 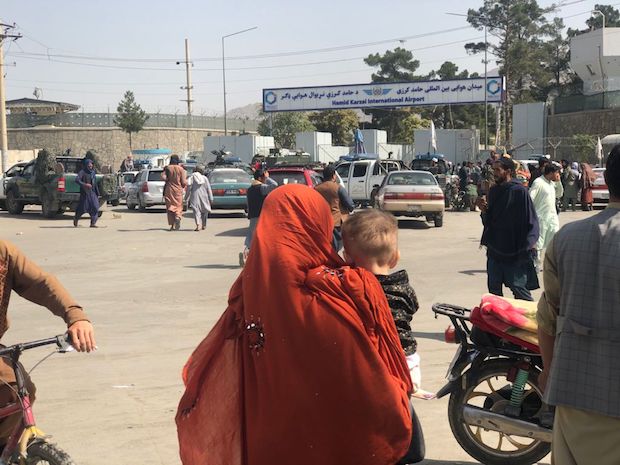 According to Nasrallah , “the Church throughout history has been trying to find a balance between ensuring the survival and continuity of the faith and its engagement with the world around it in meaningful ways”.

He laments what he sees as a prevalence of fear “for many years”. “We wanted to shield ourselves and our children from the outside world".

“The church should not exist in isolation. We are called to have an incarnational presence in the communities where we live. Our understanding of the Gospel is often very narrow and limited. We understand the gospel to be a verbal proclamation where the church should be concerned with spiritual matters only”, says Nasrallah.

He points out that in Lebanon they “were blessed to see how the Church can open its doors, show care and express in practical ways the love of Jesus to the vulnerable and the community, and in doing so, to be an efficient and powerful witness to Christ”.

“How can you talk about Jesus to someone who is hungry? In the same way, can you only care for the temporal without the eternal? It would be like giving paracetamol to a cancer patient. Proclamation and demonstration of the gospel always go together”, he adds.

A domino effect from Afghanistan?

Two and a half years ago, the expulsion of the self-proclaimed Islamic State from all the enclaves it had occupied in the Middle East was celebrated as a victory by many.

However, the Kabul airport bombing claimed by the ISIS group operating in the territory known as Greater Khorasan, which in practice is limited to Afghanistan, Pakistan and parts of the Indian border, has raised concerns about jihadist activity across the region.

“I think ISIS will try to take advantage of the instability and chaos taking place in Afghanistan today. They will fight to take power in Afghanistan. We need to look just few years back and learn from the situation that was caused by ISIS both in Syria and Iraq”, says Rihani.

Nasrallah also believes that “the Taliban's victory gave hope and emboldened hundreds of radical group in the region”.

For Nasrallah, “unlike Al Qaeda which was a global organization, ISIS is interested in the territory and in governing a Caliphate. They are probably hoping to find a favorable place in Afghanistan after they had failed to maintain their caliphate in Syria and Iraq”.

“Our fear is that the region might become more radicalized if these groups are allowed to thrive. The sad truth is that the cradle of Christianity is being emptied of its ancient Christian communities”, adds Nasrallah.

A dilemma for the church in the Middle East

“For hundreds of years, Muslims and Christians lived together in relative peace, and Christians have positively contributed to the shaping of Middle Eastern culture through education, health, science and literature”, he explains.

However, “throughout the twentieth century, Christian communities in the Middle East have been declining in numbers because of low birth rates, emigration and, in some cases, persecution and violence. This secular trend has accelerated in recent years, due to the rise of fundamental Islam, second level citizenship, the lack of economic opportunities, corruption and poor governance”.

Nasrallah talks of a “Christian exodus” in countries such as Iraq, Syria and Lebanon, as a consequence of all these factors.

“This crisis is also majorly impacting the church as many pastors and youth leave, which is reminiscent of the exodus caused by the 15-year civil war”.

Nasrallah warns that “every Christian community carries within it a piece of the history of Christianity and of the Middle East. By losing its Christian populations, the Middle East is losing part of its soul and plurality. From a spiritual perspective, the Church is losing manpower and resources, thereby limiting its ability to provide an effective Christian witness in the region”.

He believes that “this is a critical time in the history of the region. If nothing is done today, ancient churches will no longer be visited as places of community and worship. In a single generation, they be nothing but museums”.

“Many evangelicals today are struggling with the question of whether they should leave to provide a better life for their families, or stay for the sake of providing an active Christian witness”, concluded Nasrallah.

Published in: Evangelical Focus - world - Churches in the Middle East: “Many Christians continue to serve among the refugees”