Abortion is no longer a right on a national level and every state will have to decide. Both pro-life and pro-abortion movements mobilise for a fight that will continue on a state-by-state level. 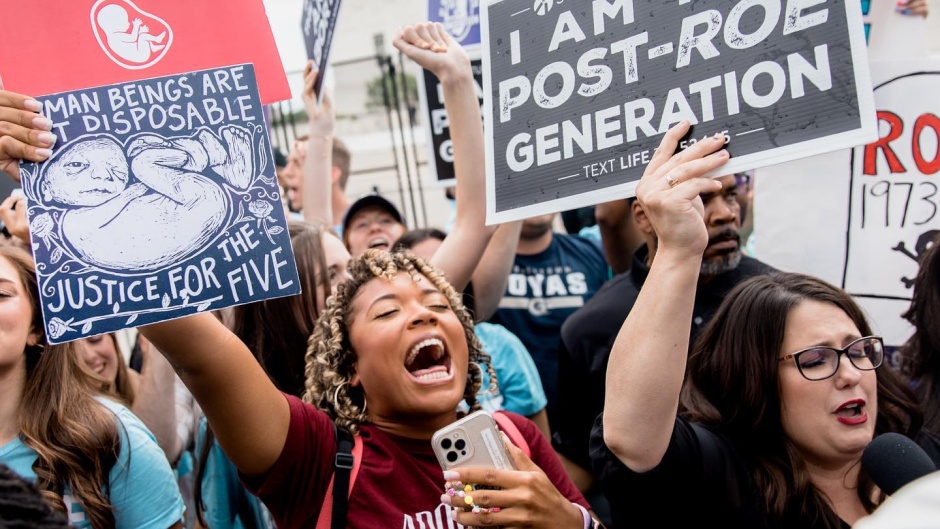 49 years later, the Supreme Court of the United States overturned the ‘Roe v Wade’ ruling. This means that abortion will no longer be a guaranteed right in all the states.

Every state will have to rule whether the termination of pregnancies is banned, restricted, or allowed. Most states with governors of the Democratic Party are expected to maintain the laws regulating abortion as until now. Those governed by the Republican Party (about half) are expected to either ban or restrict the access to abortion.

Pro-life movements celebrated 24 June as a historic day, after a long fight. “We are post-Roe generation” was one of the signs held by those who celebrated the verdict in front of the Supreme Court.

According to polls, evangelical Christians are the faith group in the US with the clearest pro-life stance.

Most evangelical churches and organisations expressed satisfaction as the overturning of the 1973 ruling that has allowed the abortion of an estimated 60 million unborn babies in the last half a decade was made public.

The National Association of Evangelicals (NAE) welcomed the decision, because “God is the author of life, and every human life from conception to death has inestimable worth”. In a context of polarisation in society around this matter the NAE also said it, “welcomes new opportunities to engage in creating policies that protect women and children, and will seek to engage in substantive conversations around the moral complexities that surround the issues of life”.

“Southern Baptists rejoice at the ruling”, said Bart Baber, President of the Southern Baptist Convention, the largest evangelical denomination in the US. In the last decades, the SBC has supported “both the pro-life movement and our consistent support of crisis pregnancy centers, ministries to low-income families, foster-care and adoption agencies, and other ministries of mercy to people in need”, he added.

“I’m thankful to God for this historic day”, said Doug Clay, Superintendent of the Assemblies of God, another large evangelical denomination in the US, and the largest worldwide. “A day to celebrate life. Not to gloat, but to rejoice and give thanks to the Lord of life. To continue our efforts in creating a culture of life in the communities we serve”.

Rick Warren, founder of one of the most influential megachurches in the US, Saddleback Church, tweeted: “The Supreme Court has overturned Roe v Wade ending the federal support of abortion! Millions of unborn Americans say thank you!”. Other influential authors and theologians also expressed their thankfulness to God for what they consider to be the a decision of the Supreme Court that will have a profound impact in the years to come.

Demonstrations in support of the ruling and against it erupted over the weekend. Political and social leaders on both sides called for respectful and peaceful expression of views on what is expected to continue to be a central socio-political issue in the years to come.

Published in: Evangelical Focus - world - Evangelical churches and organisations in the US welcome the Supreme Court decision on abortion