“We reject any declaration that does not respect the historic doctrines of our institution”, they say. Other denominations are also expected to leave. 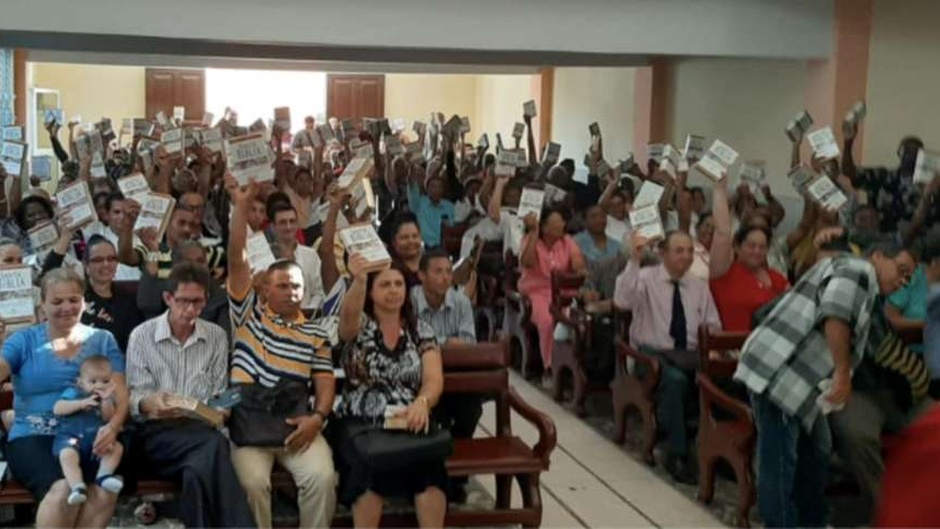 The Pentecostal Christian Church of Cuba officially renounced to its membership in the Cuban Council of Churches (CIC), in a statement signed by its Board of Directors and published on its Facebook profile.

The CIC is a Cuban ecumenical platform tied to and controlled by the Central Committee of the Communist Party. This body controls all official religious activity on the island, and silences free evangelical churches that do not agree with its policies.

For the Pentecostal Church, leaving the CIC implies not only losing its legal protection, but also facing the powerful machinery of the Cuban dictatorship.

Pastor Mario Félix Lleonart, president of the Washington DC-based Patmos Institute, which promotes inter-religious dialogue, political advocacy and the monitoring and defence of religious freedoms, told Radio Televisión Martí that the decision was taken months ago, and it is now official.

“As far as we know, there are other denominations that are going to announce their withdrawal in the coming days. It is a brave decision. The CIC has the full support of the Cuban Communist Party and the fact that a church decides to leave, which would be perfectly normal in any part of the world, is a problem in Cuba”, stressed Lleonart.

Radio Martí contacted Reverend Eliseo Navarro Jordán, president of the Pentecostal Christian Church's board of directors, by telephone but he declined to comment. They also tried to speak with a representative of the Cuban Council of Churches without success.

In its statement, the Pentecostal Christian Church underlines that the programmatic objectives of the Cuban Council are in contradiction with its interpretation of the Scriptures. “We reject any declaration that does not respect the historic doctrines of our institution”.

“We have not identified with or felt represented by many of the pronouncements and interventions that the ecumenical council has been doing”, they add, without giving further details.

Cuban evangelical journalist Yoe Suárez says that this is a “sign of the unease within the believing community because the CIC is not representing the churches, but rather protecting the state and supporting from the religious sphere everything that the Cuban state proposes”.

Recently, the Pentecostal Christian Church expressed its disagreement with the implementation of Resolution No. 16 of 2021 of the Ministry of Education, which will regulate educational programmes with a focus on gender ideology in favour of so-called “sexual rights”, because “it is harmful to the psychosocial formation of the children”.

Founded on 28 May 1941 under the name of the Council of Evangelical Churches, the Council of Churches of Cuba experienced a significant transformation after Fidel Castro came to power. It is considered to be another pro-government entity due to its complicity with the regime.

According to Llompart, “the CIC is the religious organisation that has been most abused in Cuba. In practice, Mrs. Caridad Diego Bello, the head of the Office of Religious Affairs of the Central Committee of the Communist Party, is in charge”.