Lorenzo Rosales is jailed in a high security prison since August 2021, after joining peaceful protests against the government. The European Parliament, US congressmen and human rights organisations called for his immediate release. 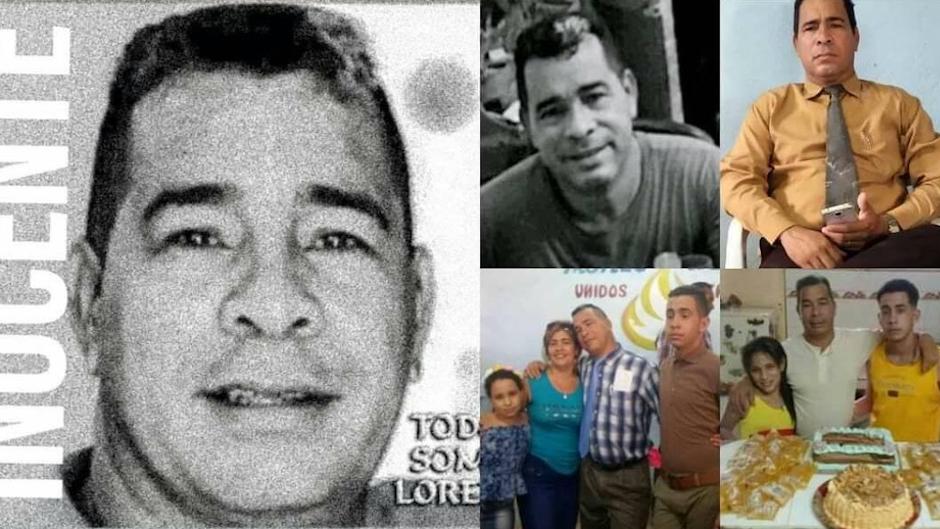 Cuban pastor Lorenzo Rosales, in images shared on social media by his family.

The Cuban government has officially informed the family of imprisoned evangelical pastor Lorenzo Rosales Fajardo that he has been sentenced to seven years in prison.

It is one year less than what was initially communicated in a document sent from the Permanent Mission of Cuba in Geneva to the United Nations (UN). No reasons have been given for the change.

Pastor Rosales Fajardo was arrested after participating in peaceful protests across the island on 11 July 2021. He has been jailed in the Boniato Maximum Security Prison since August 2021, and was tried in late December 2021 on charges of “disrespect”, “assault”, “criminal incitement” and “public disorder”.

Despite that the pastor's sentence was reportedly decided shortly after his trial, he and his family only learned of his initial eight-year prison sentence in April 2022 through the Cuban government’s communication to the United Nations, which acknowledged that the “parties” had not yet been officially informed.

The Cuban administration made multiple false accusations about the reasons for the pastor's detention and the conditions in which he has been held. The regime claims that Rosales Fajardo was involved in a violent attack on 11 July on the headquarters of the Communist Party of Cuba in Palma Soriano that left seven law enforcement officers and one civilian injured.

However, live footage and photos show armed police and members of the paramilitary force attacking peaceful, unarmed demonstrators in the middle of the street, and Rosales Fajardo is seen being strangled. The government denies accusations of violence against the pastor, including a beating that left him unconscious.

Despite demonstrations and explicit letters calling for the pastor’s release, some from US congressmen or the European Parliament in Brussels, the Cuban government has turned a deaf ear and continued to pursue the case in order to end the sentence.

Wife: “Those who have turned their back on God cannot act justly”

Both the family and various entities continue to express their opposition to the sentence passed by the authority.

“They have just notified my husband of the sentence of 7 years in prison”, said Marilidegnis Carballo, wife of Pastor Lorenzo Rosales Fajardo, through her social media accounts. “Those who have turned their back on God cannot act justly, but it is now that we will see our Father act, His works are perfect, and nothing less than perfection can satisfy Him. He has already done it. My life today is freer than ever”, she wrote.

Cuban journalist Yoé Suárez also expressed his dissatisfaction with the judicial decision. “Lorenzo Rosales Fajardo was sentenced to seven years in prison, just for going out to protest on #11J. To demonstrate peacefully cannot be a crime, destroying a family should not be a punishment for decent citizens”, he said on Facebook.

“While we welcome this slight reduction to Pastor Rosales Fajardo’s prison sentence, we maintain that he is innocent of the charges against him, and therefore that he should be a free man. The manner in which the Cuban authorities continue to change their story appears specifically designed to inflict confusion and pain on this innocent man and his family, and we call on the international community to do far more to hold the Cuban Communist Party to account for this and other egregious human rights violations against any who dare to challenge or question the government’s vice-like grip on power”, said Anna Lee Stangl, a member of Christian Solidarity Worldwide, which has been monitoring the case closely.