“The whole country is crying out for justice”

A Venezuelan evangelical leader analyses the tense situation in the country and explains how Christians keep praying and preparing for an uncertain future. “The church has paid a high price.” 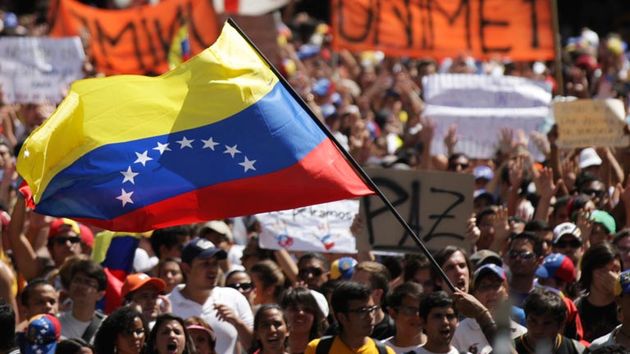 The latest decisions of the Supreme Court of Venezuela regarding the annulment of the capacities of the National High Court continue to raise criticism internationally.

Although the Supreme Court backed its decision on Saturday, the Organization of American States has just passed a resolution, supported by 19 countries, denouncing the violation of the "constitutional order" in Venezuela.

Additionally, the nation has food and medical goods supply problems, a high inflation and great insecurity in some areas of the country.

The Venezuelan evangelical community is concerned about this. Spanish website Protestante Digital interviewed a prominent Venezuelan Christian leader, who is not revealing his identity due to persecution by the Venezuelan government.

Question. Many media show Venezuela as a country about to enter into a conflict - even into a civil war - because of the decisions taken by the government. Do you think it will reach such an extreme situation?

Answer. Of course there will be an extreme situation, everything points to it. In fact, since 1984, God has warned through many prophets about this whole process that have been misnamed "Socialism of the XXI Century."

There is not a political way out because the government is not willing to do so. We are facing a dictatorship bathed in drug trafficking, money laundering, corruption at the highest level. Many people, from the late President Hugo Chavez to the most modest official, are corrupt.

The injustice has reached the highest level, they have squandered the treasury. It is estimated that more than 300 billion dollars have been lost because of the oil boom, while the country suffers from lack of medicines and food, and many are dying.

God blessed our nation and they ended those blessings, because their Communist and Atheist ideology makes them think that they would never have to give an account to the Lord for these outrages.

But the time has come, if the politicians do not come to an agreement and the government continues to run over institutions, there will be a social explosion. A civil war of incalculable dimensions that will lead to the intervention of foreign military forces to bring order.

God does not lie, and Christians must be prepared to meet the needs of a nation that will "pass through the valley of the shadow of death."

Q. There have been many years of political difficulties in Venezuela. What role have evangelical churches played? How are you living these tensions?

A. Many criticize the silence of the Venezuelan evangelical Christian leadership, because they do not know the biblical mission of the church.

The church cannot and should not intervene in political swings, our position is unchangeable. But not in the way many believe or expect, we are not a hierarchical church or a religious state like the Roman religion, the church is one but it has many ways to act.

We pray, we fast, we cry out to the Lord and He is responding. Evangelicals are diverse, there are even many believers who sympathize with Chavism, so if we pronounce ourselves politically, we will damage that part of the church which supports government , and we are called to minister them too.

The church has paid a high price. We know - from well-informed sources - that many Christian leaders are being investigated by the government and are likely to be prosecuted or arrested in future days. 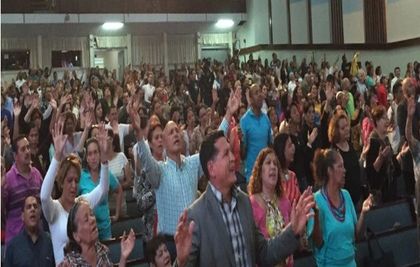 Many radio stations have been closed, and they only shared a message that transforms and blesses the people and prayed for the same rulers who persecute us.

The church plays a role that no one else can fulfill, but it is not the one that politicians and institutions expect, it is the one that God gives us in the Holy Scriptures.

We will always be with the people, we do not agree with the abuses of the government, the political prisoners, or the way they are killing people of hunger or lack of medicine, while they lie pretending that nothing happens so that Venezuela does not need humanitarian aid.

Our battle is spiritual and we have been carrying it out for years, some more than others, but we are doing it.

Q. How do you see the future of the country? Is Maduro's presidency coming to its end or will this situation strengthen his control over the institutions of the country?

A. Thank God, Venezuela is a country that overcomes any crisis, the Lord's hand has always been on our nation. God has talked about the reason of this crisis, a new Venezuela, fearful of God and powerful, will come out of this. I do not exaggerate when I assure that He will produce the greatest revival ever seen in any nation and that our country will be the flame that rekindles Latin America and the world spiritually.

That is the future that awaits Venezuela, and it not very far away. We believe in it, and look forward to its fulfillment.

God has already declared the end of Chavism, alhough they do not accept it and cling to power proudly. The most deceitful government, committed to Satanism in all its manifestations, that we have ever had, is coming to its end.

They will try to cling to it and invent thousands of legal tricks to stay, but what God has said is decisive, there is no turning back for them.

The sad thing is that they will fall leaving thousands of dead people behind. But they will not be able to escape from national or international courts. Those who do not fall from corruption, will fall for drug trafficking, money laundering or violation of elementary human rights.

The whole country is crying out for justice, just as Christians are praying for the justice of God to be established in Venezuela, and the Lord has heard our cry and is acting upon it.

Published in: Evangelical Focus - world - “The whole country is crying out for justice”