The "unimaginable suffering" of the Rohingya

Around 480,000 Rohingya refugees have arrived in Bangladesh. World Vision has warned against the horrible  living conditions in refugee camps and the huge lack of resources. 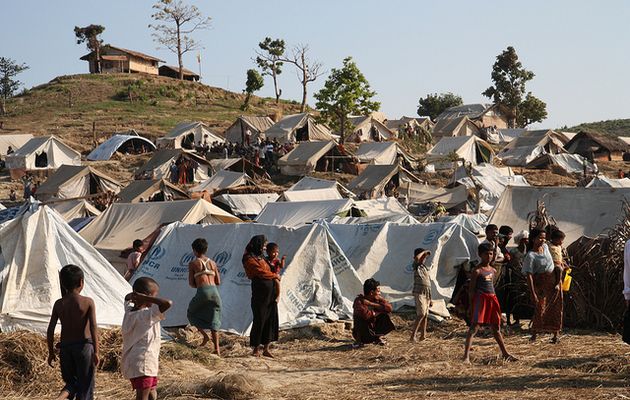 World Vision has warned that the Rohingya community exiled in Bangladesh is experiencing "unimaginable suffering", due to the continued abuses committed by the Burmese army against this minority in northeastern Burma.

"The scale of the crisis may not be well understood by everyone because it's impossible to describe unless you see it with your own eyes" , Robert Onus, emergency coordinator at Doctors Without Borders (MSF). told Al Jazeera.
"Hundreds of thousands of refugees have crossed into Bangladesh and are still arriving. Our only goal is to reduce their suffering as soon as possible", said Fred Witteveen, director of World Vision for Bangladesh.
The Christian NGO has begun distributing food to around 15,200 refugees, who have fled the fighting in Burma and are now stranded in the district of Cox's Bazar in Bangladesh.

HORRIBLE LIVING CONDITIONS
World Vision has warned that living conditions in refugee camps in the "area leave much to be desired" and there is a huge lack of resources.
Additionally, rain is expected to continue in the coming days, multiplying the risk of disease outbreaks in the densely populated areas of the camps, so the NGO has stressed the need to rapidly increase aid for housing, health, water and sanitation.
According to data from Action Against Hunger, another of the humanitarian organizations present in the area, more than 90% of newcomers to Bangladesh from Burma are sleeping outdoors in the rain and in the mud. To date, less than 25 % have access to latrines or washing areas.
On the other hand, Witteven has emphasized the importance of providing adequate psychological assistance, since most Rohingya are totally traumatized.

FLEEING VIOLENCE
“The sad reality is that things can get worse before they get better. The trauma, loss, and psychosocial needs that are now masked by empty stomachs will be more evident once we have met the physical needs", he said.
Around 480,000 Rohingya refugees have arrived in Bangladesh after fleeing violence in the Burmese state of Rajine, according to a report released this Tuesday by aid organizations, which have updated the previous figure with more than 30,000 new arrivals.
Refugees escape the repressive wave launched by the Burmese government following a series of attacks by insurgents on 25 August. For the UN High Commissioner for Human Rights, that is "ethnic cleansing."
The new wave of people joins existing refugees who fled Burma months and years ago. Formal refugee camps and makeshift settlements have expanded with the newcomers, while new, rapidly growing spontaneous settlements have been formed.

“THE WORLD'S MOST PERSECUTED MINORITY”

The Rohingya are often described as "the world's most persecuted minority".

They are an ethnic group, majority of whom are Muslim, who have lived for centuries in the majority Buddhist Myanmar. Currently, there are about 1.1 million Rohingya who live in the Southeast Asian country.

Published in: Evangelical Focus - world - The "unimaginable suffering" of the Rohingya