Since 2016, local authorities have cut off the access to water of seventeen evangelical families because they had refused to contribute to the local Catholic festivities. 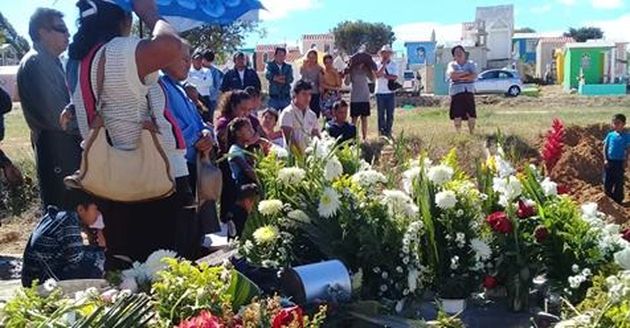 The burial was finally held in the city of Comitán./ CSW (CC0).

At the end of September, evangelical Christians in the region suffered a new attack after the death of an evangelical woman. Village authorities in Ranchera Yocnajab (state of Chiapas) did not allow the family to bury her body in the local cemetery, because they had not cooperated in the local Catholic festivities.

After the refusal of the representatives of the Ranchería (the local administration), the relatives were forced to find a place to bury her in the city of Comitán (Chiapas), where they received authorization for the funeral.

Seventeen evangelical families in the village have refused to contribute to the religious festival for several years now. In an effort to force their participation, local authorities have cut off their access to water and other basic services since 2016.

The problem continues due to the lack of capacity of many civil servants, who refuse to protect the Human Rights of those affected by the sectarian actions of local authorities.

According to the Mission agency 21 gramos, an organisation that advocates for persecuted Christians in Mexico, some civil servants have signed illegal agreements, becoming accomplices of the violation of basic rights.

The ministry denounces that the state officials send the complaints to third parties, extending the time of the proceedings, hoping the evangelical families will give up the fight for a culture of respect, tolerance and healthy coexistence in the communities, despite the differences that may exist.

The evangelical community have made complaints to authorities at various levels of government regarding the actions of the local authorities, but nothing has been done to redress these ongoing violations of freedom of religion or belief.

Families have been told to “accept what the Assembly has determined, or continue to suffer the consequences”, Christian Organisations in Chiapas (COC) reported.

“It is the majority that decides”, was the argument often used by the officials to justify themselves.

It is difficult to know what will happen in the future, taking into account that not even the Human Rights Office in the region has been sensitive to the situation of the evangelical population.

The Human Rights Office did not visit to verify that the families’ access to water had been blocked until over a year after they had been cut off. No action has been taken to restore their water access.

The civil servants say that they are offended by these public complaints, and argue that the evangelicals are the ones who cause the problems in the first place, and are not willing to accept the solutions given.