Algerian Christians “fast and pray to bless our country”

The Algerian Protestant Church “fully shares the aspirations and the legitimate demands of the Algerian people in their peaceful fight for a modern and democratic Republic”. 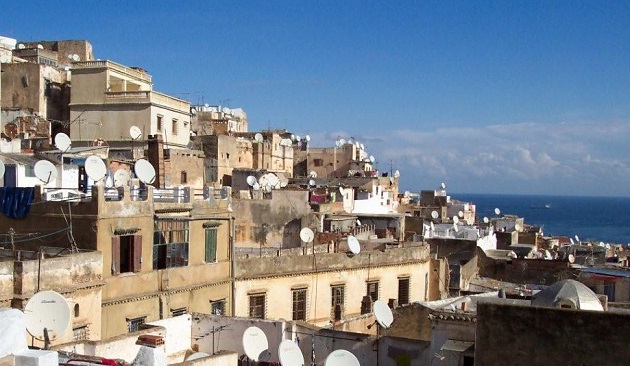 The Algerian Protestant Church (Église Protestante d’Algérie, EPA) said in a statement that it “is closely following” the situation the country is going through.

The body representing Protestant and evangelical Christians in Algeria speaks about the “popular peaceful demonstrations on a national scale, which have mobilised all spheres of society, to demand a radical change of the political system and the construction of a new state rule of law that guarantees human Rights and living together in peace”.

“We Algerian Christians, as equal Algerian citizens, fully share the aspirations and the legitimate demands of the Algerian people in their peaceful fight for a modern and democratic Republic, where the fundamental rights of the citizen will be respected and protected, no matter what their political and religious convictions may be”, the document says. 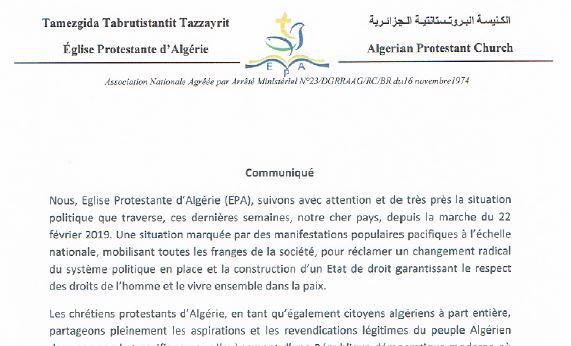 “The Algerian Protestant Church is optimistic and believes firmly that the victory of the Algerian people against the arbitrary and injustice is nearer than ever”.

This is why “thousands of Algerian Christians started, since the beginning of the year 2019, a program of fasting and prayer (24hours and 7/7) in favour of the blessing of our country, its socio-political stability, economic recovery and the good administration of its natural resources”.

The document praises the way the demonstrations in the last weeks have developed, as well as the “good attitude of the security forces”. The EPA closes by “assuring our support and our sincere prayers” for the situation of their country: “May God bless Algeria”.

Download the statement of the Algerian Protestant Church (French).

The Algerian Protestant Church is member of the World Evangelical Alliance.