“There is neither a primary nor a secondary church like before”, President Evo Morales said. Some evangelical denominations reject the law, arguing that it entails an interference by the state. 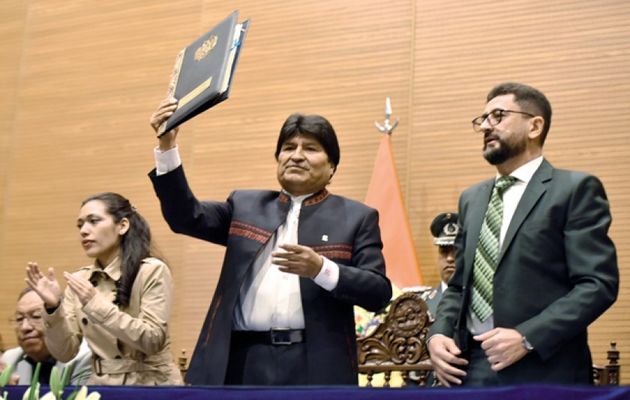 Bolivian President, Evo Morales, approved in April the Law of Religious Freedom, Religious Organizations and Spiritual Beliefs. The rule recognises evangelical churches and institutions and gives them the same rights as Roman Catholics.

“With this law, all churches have the same rights. There is equality. There is neither a primary nor a secondary nor an underground church like before. Now it is a team effort and fight”, said Morales.

He added: “People are no longer obliged to marry or baptize in the Catholic Church, now they can get married and be baptized in any church”.

In January 2018, Evo Morales criminalized proselytizing through the Penal Code, but later revoked the decision.

Bolivia’s constitution declares the country as a secular state, but the new legislation will make it easier for evangelical Christians and the country’s indigenous religions to get a legal recognition.

The new law establishes the obligation of churches to inform the authorities regarding administrative, financial, legal, social, religious or spiritual activities that they carry out.

Furthermore, religious entities are subject to the tax administration of the country, without being able to profit, since otherwise their legal status will not be recognized. Some churches have questioned this measure.

“Churches have the full right to profess the faith but they also have obligations before the state, which must regulate them to ensure that the population is not deceived”, said Lino Cárdenas, President of the Constitutional Committee of Bolivia’s Chamber of Deputies.

The Minister of Foreign Affairs, Diego Pary, stressed that “the law was made in collaboration with the churches, and it recognises the training and work of the religious workers”.

DIFFERENT OPINIONS ABOUT THE LAW AMONG EVANGELICALS

According to Munir Chiquie, President of the National Association of Evangelicals of Bolivia (ANDEB), the law “is a qualitative leap in the development and understanding of this fundamental freedom that is inseparable from the freedoms of worship, conscience and thought”.

However, the new norm was rejected by Protestant and Presbyterian churches, who argued that it entails an interference by the state in the fundamental right to freedom of religion and an oversight of its economic resources.

Before it was signed into law, the Association of United Churches of La Paz, also complained that the draft failed to distinct churches in any meaningful way from NGOs.

“There is enough of destroying and attacking each other, we are promoters of unity. Those of you who are in Bolivia, in the churches, I ask you to unite for Bolivia”, said evangelical pastor Alberto Salcedo, who was at the signature of the law.

According to a 2014 Pew Research report, 77% of Bolivians are Catholic and 16% are evangelicals or Protestants. Yet, the latter population is growing: 60% of evangelicals and Protestants say they were born Catholic.