The demonstration was organised by Panamanian evangelical leaders, now that the debate on same-sex marriage has returned to the Centre American country. 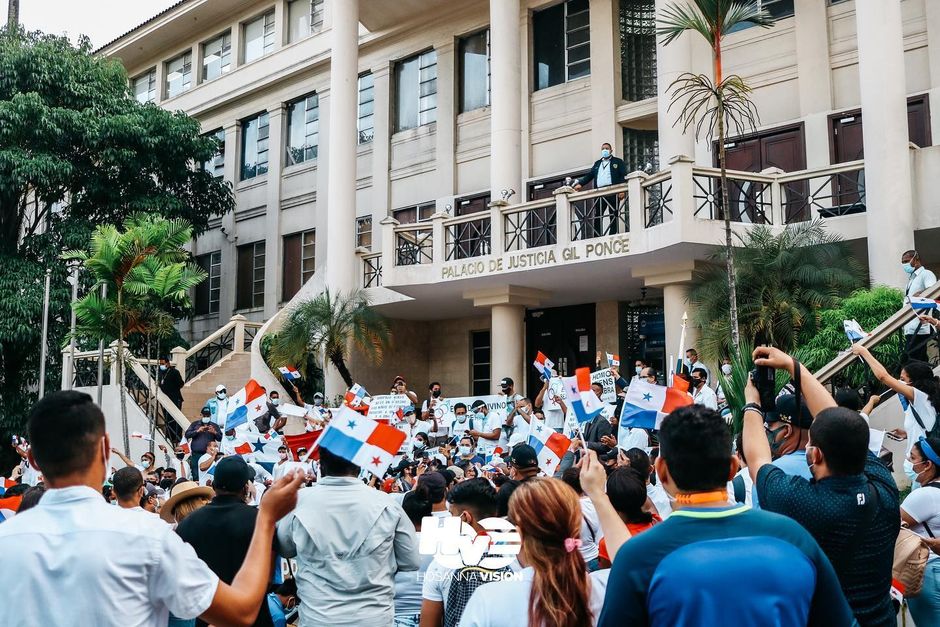 Thousands of people took the streets of Panama, asking the Supreme Court of Justice to rule in favor of the traditional family in the face of some lawsuits filed by homosexual couples seeking “recognition of their union”.

The demonstration was called and organised by pro-family entities, led by the Panamanian Alliance for Life and the Family.

Evangelical leaders supported the march and encouraged the participation of fellow believers. Some of them spoke during the event. Catholic and civic organisation leaders also joined the march.

“Panamanians do not believe in another marriage formula that is not a man and a woman”, José Luis Delgado, President of the National Committee for the Family of Panama, told the news agency EFE.

With Panamanian flags and wearing masks, thousands of protesters defending the family “sent the judges a loud, clear and strong”, Delgado said.

“We are here so that the magistrates, once and for all, after almost 4 years, rule in favor of the constitutionality of article 26 of the Family Code, which says that marriage is between men and women”, he stressed.

Delgado recalled that Panama “guarantees and gives protection to marriage between a man and a woman, because it is the only way to guarantee that there will be new citizens”.

Three cases of same sex marriages celebrated abroad are still pending a ruling in the Supreme Court of Justice and in the Electoral Court of Panama since 2016. Two of them seek to invalidate the Family Code and legalise homosexual marriages.

The debate on gay marriage returned to the public arena when the rapporteur on the rights of the LGBT community of the Inter-American Commission on Human Rights (IACHR), Flavia Piovesan, made a “vehement call” to Panama to comply with the implementation of Advisory Opinion 24 of the IACHR.

This advisory opinion, adopted in 2017 and published in January 2018, urges the countries of the region to guarantee various rights, including the union of people of the same sex.