Big week of celebrations in Spain gathered thousands of evangelicals

The 8th Evangelical Congress was held, a Festival of Hope celebrated Jesus in the centre of Madrid. A commemorative service gathered 8,000. “Spanish society benefits from the action of evangelical churches”, says Justice Minister. 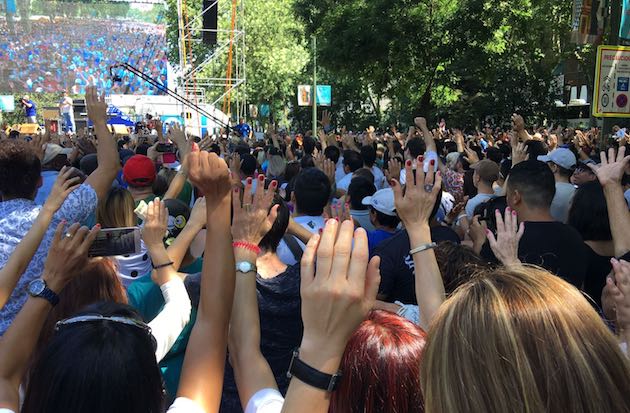 Thousands gathered for the Festival of hope. / Carlos Fumero.

From July 12 to 14, the 8th Spanish Evangelical Congress has been held in Madrid. It aimed to be a place of reflection, biblical exposition and community work, as well as an approach to the evangelical reality in Spain.

Around 1,000 evangelical representatives from all over Spain participated in the event, in which there were several presentations made by teams formed by people with different backgrounds, who had been preparing the presentations for months.

The participants were divided in small groups, and, after each presentation, they discussed about the topic and proposed conclusions, which were later put together. The organising committe of the Congress will producea document with all the conclusions of the event.

“SPANISH SOCIETY BENEFITS FROM THE ACTIONS OF EVANGELICAL CHURCHES”

On the last day of the congress, there was a commemorative event of the 500th anniversary of the Protestant Reformation, which was attended by the Spanish Minister of Justice, Rafael Catalá. 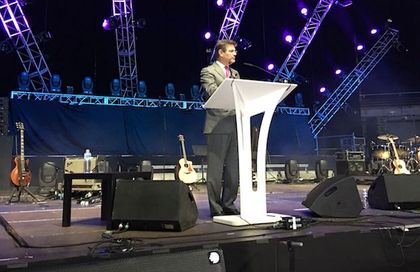 "This date is not only important for the evangelical church but also for those who have been beneficiaries of the struggle for freedom and tolerance that Protestantism has endured throughout history", said the Minister.

Rafael Catalá did a review of the Spanish history, and recognised that it "has not been easy” for Protestants in the past.

But "despite the difficulties, in the days when there was only one official religion of the State, the evangelical churches in our country decided to organise themselves", he pointed out.

Today, "the Protestant religious message is heard and made visible publicly. Spanish society as a whole, regardless of beliefs, benefits from the action of evangelical churches", the minister concluded.

“MADRID NEEDS TO KNOW MORE ABOUT THE REFORMATION” 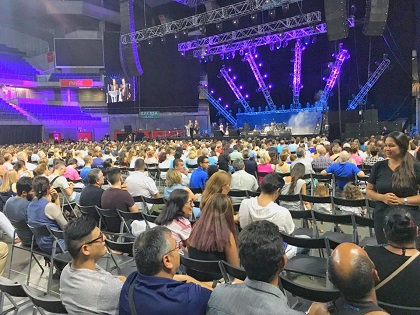 The Mayoress also lamented the lack of knowledge of the Protestant Reformation in Spain, and confirmed the willingness of the Madrid City Council to help and participate in the the Reformation day on October, 31.

Young people have also been protagonists of this week of celebrations. More than 1,000 young people participated in an urban camp, which aimed to transmit the essence of the Reformation, the gospel of Jesus Christ. 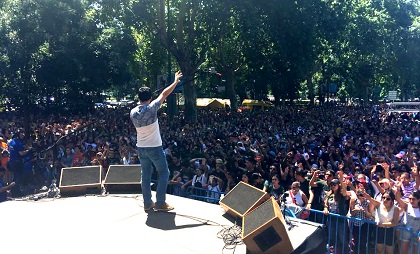 The camp concluded with a flashmob in the center of Madrid, under the motto "I am not for sale" to denounce human trafficking, a cruel business that affects thousands of women in Spain, who are trafficked to be prostitutes in the streets.

On Saturday, a Festival of Hope took place on Saturday morning. This was the central event of the activities held throughout the week in Madrid, under the motto "Times change, the Reformation continues."

The festival brought together around 7,000 evangelicals from all over Spain who celebrated together in the centre of Madrid. The intense heat that has ravaged Spain these days was not an impediment to the enthusiasm of evangelicals, who participate in a celebration marked by music, testimonies and calls "to find the true hope in Jesus." 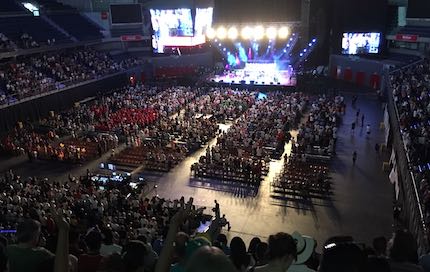 “THIS IS FOR GOD´S GLORY”

On Saturday evening there was another commemorative service that brought together about 8,000 people.

The main speaker of the service was the Spanish pastor and singer Marcos Vidal, who talked about the importance of continuing with the Reformation 500 years later under the principle of Sola Scripture and with one goal: to preach the Gospel.

After his speech, all the participants shared the bread and wine in “the biggest Holy Supper probably celebrated in Spain.”

Mariano Blazquez, Secretary General of the Federation of Evangelical Religious Entities of Spain (FEREDE in Spanish), and Juan Carlos Escobar, Coordinator of all the events, closed the service.

“This is for God's glory, it's time to declare that we give the glory to God, we comend our failures to him, but also moments of glory like this”, Blazquez said.

Escobar thanked all the volunteers. “Spain deserves a visible, significative and influental church. We can change Spain only if we are together [...] God has the last word”, he concluded. 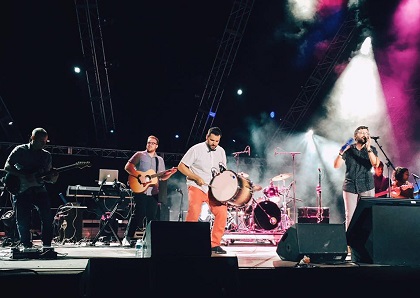 The week of national events and commemorations ended Saturday night with a big final concert.