‘Churches are intercultural communities with a clear mission’

The General Assembly of the Spanish Evangelical Alliance focused on how the Gospel has power to build united, diverse and relational churches. 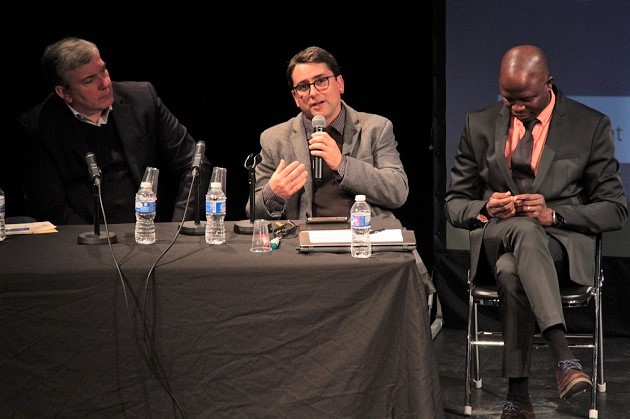 An image of the the rountable on the intercultural coexistence during the Spanish Evangelical Allianve Idea 2018 weekend, in Palma de Mallorca. / J. Soriano

Cultural diversity is one of the main strenghts of evangelical churches. Every week, people gather to celebrate their common faith in Christ, no matter what their national background is.

The Spanish Evangelical Alliance General Assembly (16-18 February) revolved around how Christian churches become communities based on relationships, frequently seen in society as a model of coexistence and intercultural work.

More than one hundred people attended the annual “Idea 2018”, held this year in Palma de Mallorca.

The biggest Balearic Island is well-known as a destination for beach holidays, but tourists are not the only foreigners in the island. Many others land in Mallorca from the rest of Spain and from other countries looking for a job.

A roundtable in the ‘Mar i Terra’ theatre opened the conversation about the “challenges for intercultural coexistence” on Friday. This and all the other events of the weekend were co-organised with the regional Evangelical Council of the Balearic Islands.

Anna Moilanen, the Ombudswoman of the city of Palma de Mallorca, spoke about her work trying to persuade politicians to respond to the needs of a city that was visited by 16 million people only in 2017. “Our reality changes continually, like it or not. We need to decide if we want to be active agents of social transformation, or just passive agents”. 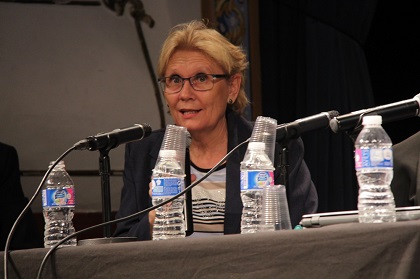 Beyond tourism, one only sees the “tip of the iceberg” of other realities, such as the situation of homeless people, prostituted women and lonely elderly people. “We all have a responsibility”, Moilanen said, and that is why political authorities should “build partnerships with churches, NGOs, universities, businesses, social platforms”.

Joseph Adebola, a Nigerian entrepreneur who has been living in Mallorca for two decades now, explained his story to illustrate how an evangelical church can help foreigners. Trained as an accountant, he only found work as a collector of vegetables when he first arrived to the island as a migrant. Only years later, he could study to become a driving school teacher. He now has his own business to help other African migrants to pass their driving license exams.

“For God nothing is impossible”, Adebola said as he explained how he was wholeheartily welcomed by a Spanish couple in his first visit to an evangelical church in Palma. “I realised how there are no differences among people in the body of Christ. I was alone, without my family, but they adopted me”.

Adebola’s wife could come to Spain later and they now have two children, both born in Mallorca. “There are obstacles, but we can overcome them. With sacrifice and a good attitude, we can be integrated in society. With God, nothing is impossible!”

Sociologist and member of the regional Education and Citizenship task force, Carles Vecina, spoke about “the need of listening”. It is in the “face to face where the problems are better understood, and the potential for change is seen”.

To address the issues in the areas of Mallorca with greatest needs, every project needs to be developed “with the people”. He mentioned the good experiencies he has had with evangelical churches, “a space where we usually find people ready to do something for the neighbourhood”. 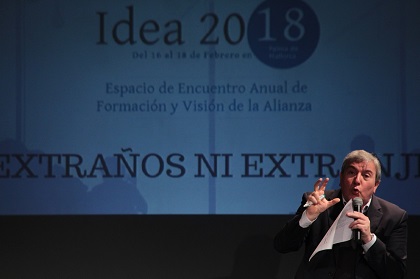 The roundtable came to an end with Marcos Zapata, President of the Spanish Evangelical Alliance. He summarised the main ideas found in the Bible about how foreigners should be treated. “The biblical ethics,not only calls us to be tolerant, but to understand that the foreigner is a brother. When we help a foreigner, we are doing this to Jesus himself”.

Zapata is the pastor of a church in Lugo (north-west Spain) with members of more than 25 nationalities. “The arrival of so many migrants helped us to change our strategies. We went from a multiculture approach to an intercultural model: to relate and to mingle”.

Evangelical churches “help people to integrate and make them feel part of a community, and this has an unpayable value”, he said. “Every culture has good and bad aspects, but the Gospel can redeem it”.

On Saturday, the conversation was moved to an evangelical church in the centre of Palma. Three 15-minute plenaries were about the topic: “The church as a model of coexistence”.

Pastor and coordinator of the “Alianza Joven” (Young Alliance) Oscar Perez opened the session focusing on the Gospel. “What Jesus offers is a community that shows the kingdom here and now, a communitarian space of relationships”, he said. But Christians should not fall into the trap of trying to appear “relevant” to a certain culture, because the “Gospel is for all cultures”.

Secretary General of the AEE and church planter Jaume Llenas then spoke about how identity is defined nowadays. In a context of “liquid identity” and “extreme individualism”, people work to redefine themselves continually. In contrast, “the Gospel is not our morality or ethics, but who we are, sons and daughters of the living God. It is the great commission what gives us identity and an eternal purpose”. 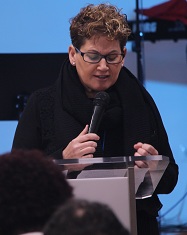 Rosa Barrachina, expert in social intervention and pastor in a church in Valladolid addressed the challenge of coexistence. She referred to Paul, Timothy, Luke and Barnabas, leaders of the early church. “They all developed inclusion in a time of diaspora (...) Intercultural realities make it possible for the church to creatively achieve the Great Comission”.

A small group discussion helped to bring the conversation further.

The General Assembly was a space to report about the work of some projects and working groups of the Spanish Alliance: Alianza Solidaria (Solidary Alliance: social work in Latin American countries), Protestante Digital and Evangelical Focus (media platforms), the Children working group, the Youth Alliance, the Religious Freedom commission, the Missions working group, and the Theology commission.

After a lunch with typical Mallorca food, four workshops were offered: Coexistence in the social media, Our Muslim neighbours, Inter-generational Leadership and Dialogue in church about socio-political issues. 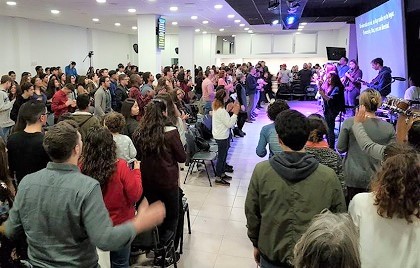 In the evening, more than 200 young people from at least five churches met together for “Idea Joven”, a gathering in which pastor in Granada (south of Spain) Helder Favarin, spoke about how “we can change the world together”.

On Sunday, members of the Spanish Evangelical Alliance preached in several church services around the city and shared the vision of the national body of evangelicals: “Unity, mission and transformation”.

Learn more about the Spanish Evangelical Alliance (website in Spanish).

Published in: Evangelical Focus - cities - ‘Churches are intercultural communities with a clear mission’