“Jesus is risen!”: Evangelicals marched to celebrate Easter in Bilbao and Zaragoza

Hundreds shared the hope of the resurrection in the streets of the Spanish cities, with colorful marches. 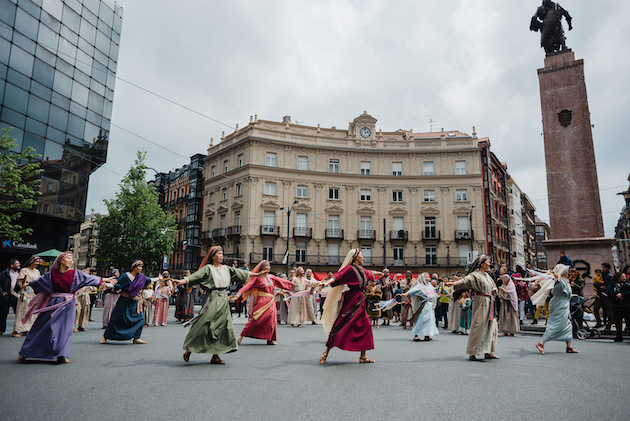 The cast of the musical His life, played one of the scenes of the musical in the esplanade of the Arriaga Theatre in Bilbao, where the march finished. / HisLife

For the first time, the Spanish city of Bilbao celebrated the resurrection with a march on Easter Sunday, organized by the evangelical churches of the Evangelical Council of the Basque Country.

Around 800 people participated in a colorful and joyous march, very different from the traditional processions of the Spanish Holy Week.

The march aimed to show, not so much Jesus dead on the cross, but the Christ risen three days later.

The march was accompanied by the cast of the musical “His life”, who played one of the scenes of the musical in the esplanade of the Arriaga Theatre, where the march finished. 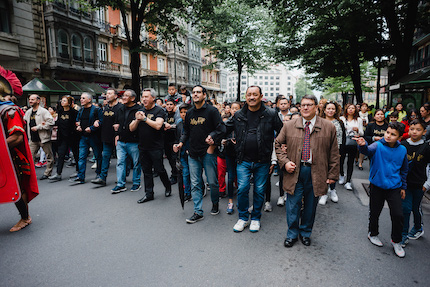 For the seventh year in a row, the Evangelical Bethel Church of the Spanish city of Zaragoza, organised the “March of the Resurrection”, included in the annual congress that the church always celebrates during Easter. 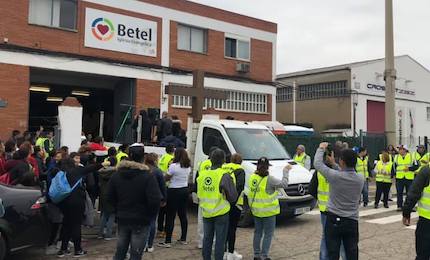 Many marched through several streets and places in the city, until they reached the Pilar Square, in the center of Zaragoza, under the motto “Hello, Jesus is your Saviour”.

At the end of the march, they presented a play about the life of Jesus, and shared a message about the day of the resurrection, that was being celebrated by many Christians worldwide. 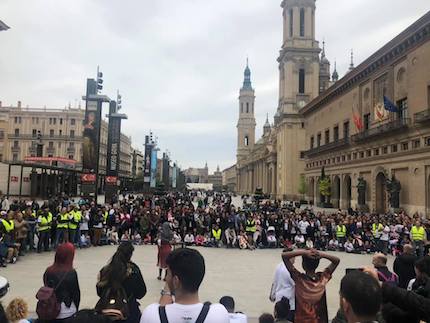