An exhibition in the Spanish city of Ourense shows the difficulties evangelicals had in the 19th and 20th centuries to share their ideas in freedom. 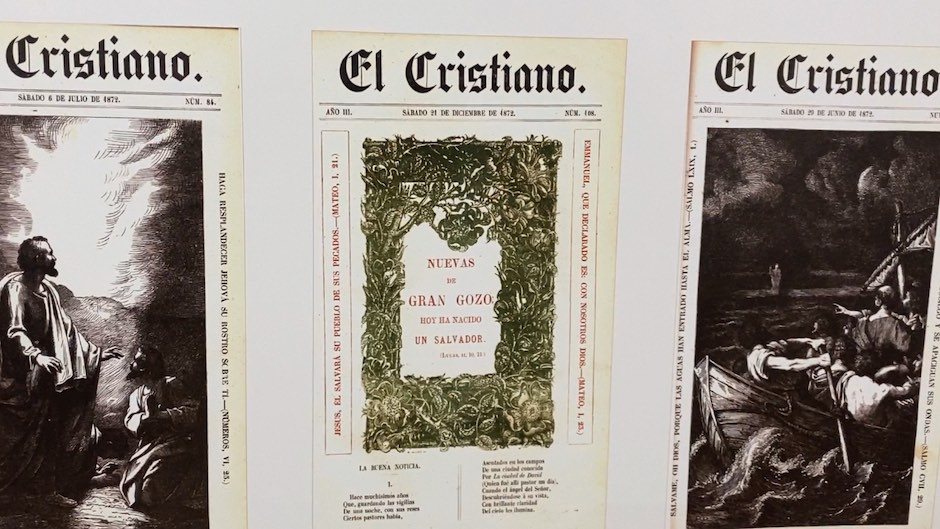 Copies of The Christian, one of the most important evangelical publications in contemporary history. /D. Hofkamp.

The search for freedom of thought and the chance to spread ideas to build a better society is the theme of an exhibition that was inaugurated this April in the Spanish city of Ourense.

The exhibition has been organised by the Evangelical Church of Bonhome, as part of the activities commemorating the centenary of this Protestant church.

“Clandestine, rare and curious publications”, proposes a journey through the history of Spain from the end of the 19th century to the present day, showing that there were groups that had to swim against the tide in order to be able to share and spread their ideas.

It focuses on Protestants, but also shows other groups that were repressed, such as Freemasons, communists and many writers who were exiled after the Civil War.

Through 20 panels, it presents publications, people and moments of contemporary history that help us understand that the freedom we enjoy today is the legacy of those who fought for it, often even exposing their lives to be able to communicate and spread ideas of freedom. 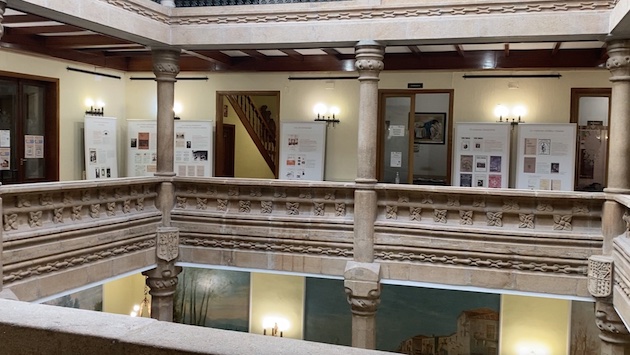 Panoramic view of the Lyceum, where the exhibition will be on display until 30 April. /D.Hofkamp.

“Good human values come from God, if we have something it is because the Lord allows it. That is why we have to respect and appreciate all those who came before us and fought for freedom”, the curator of the exhibition, José Luis Fernández Carnicero, explains to Spanish news website Protestante Digital.

On the informative panels there are photographs of magazines, documents and letters that were persecuted or censored. “Many of these publications could not be read because their ideas could be contrary to the powers of the time”, points out Carnicero, mainly in reference to the convergence of political power with the Catholic hierarchy.

That censorship became more evident in the post-civil war period. The exhibition shows the difficulties faced by Protestant publications in Spain.

“Sometimes they wrote under pseudonyms or signed only with initials, they printed abroad... That is why even now it is not easy to find much information about what happened in those years”, says the curator of the exhibition.

However, these attempts to silence or censor were bound to fail. “The repressed always strengthen each other. But moreover, if you have the Lord and they don't let you communicate him, how much more so! That is why so many brothers tried to publish even in the midst of those difficulties. The work of people like José Grau, Samuel Vila, Juan Antonio Monroy is very important”, recalls Carnicero. 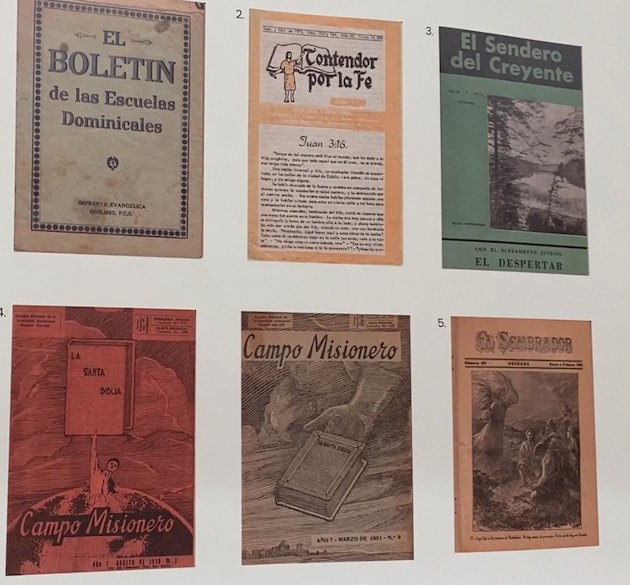 Some magazines in America had correspondents in Spain who reported on the situation of the evangelical churches in the post-war period. /D.Hofkamp.

The faith of Curros Enríquez

The well-known Galician writer Manuel Curros Enríquez is also featured in the exhibition, because during his time in Madrid he was a member of a Protestant church, the Spanish Reformed Episcopal Church (IERE). The exhibition presents the document in which he appears as a member of that church.

When Curros went to Madrid in 1869, “he began to work at El Imparcial, a newspaper that sold the premises where the reformed church in Madrid met to the church. That was how Curros made contact with the Protestant church and even became a member”, explains Carnicero.

“The Protestant churches were more open to allow people to read the Bible, to examine it, and that clearly connects with the spirit of Curros Enríquez”, he adds. 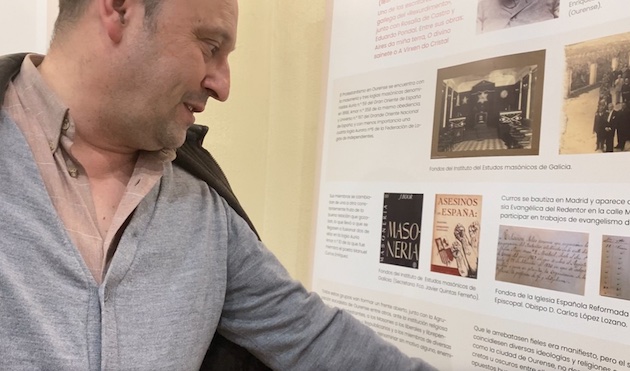 José Luis Fernández Carnicero, in front of the panel showing the list of members of the church in which Curros Enríquez appears. /D.Hofkamp.

The final panels show how publications began to grow since the 1970s. Things changed in Spain and Protestants were able to publish again, leading to a wide evangelical participation and production.

Looking further into the present, one of the panels recalls the creation of a national stamp dedicated to the Biblia del Oso (Bear Bible) on the 450th anniversary of the publication of what was the first complete Bible in Spanish.

The initiative of the request for this stamp was promoted by the Evangelical Church of Bonhome and was supported by Protestant entities and churches from all over the country. 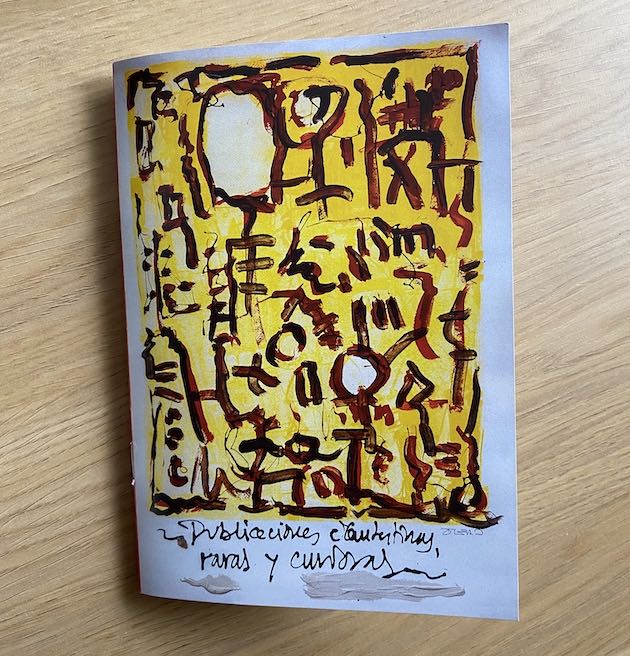 Booklet of the exhibition, with an illustration by the artist Xosé Luis Otero Becerra./D.Hofkamp.

Carnicero stresses that “Protestants are the people of the Bible, that is why they have been persecuted and because of it many have sown their lives so that today we can read it”.

“It is through this book that millions of people have found freedom in Jesus. Therefore, with all respect for groups and people who want to bring positive values of coexistence to society, we express that there is freedom in the person and message of Jesus for people who want to follow his path”, he concludes.

Published in: Evangelical Focus - culture - Tribute to the Spanish clandestine evangelical publications of the 19th and 20th centuries